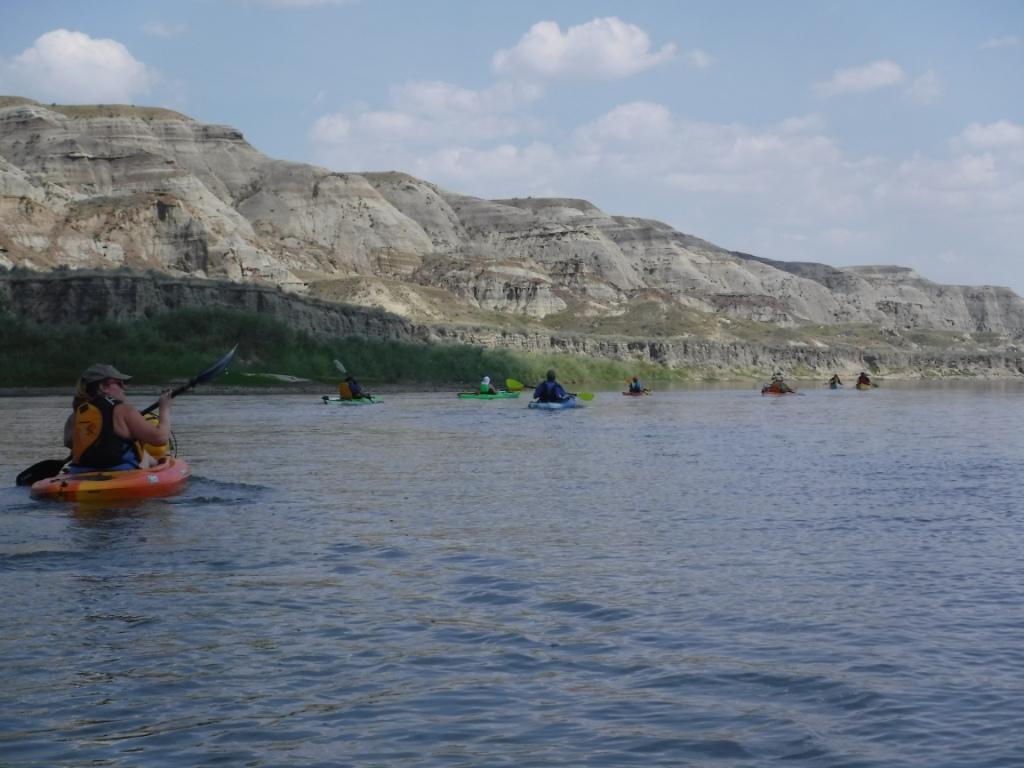 The trip started on a hot Friday afternoon with a large group converging on Dinosaur Provincial Park from all points of the compass.  We camped in the splendor of the park campground Friday night and on Saturday as the remainder of or flotilla arrived, we ran the shuttle over to Jenner Rodeo Grounds. On the Trip were Tandem Canoes Donna/Lisa, Matthew/Alex, Solo Canoe Larry and solo kayakers Mike, Paul, Karyn, Andre, Beth, Harold, and Denise. The plan was to launch in the creek right behind the campsite and head to the river.  Water levels and silt build up in the creek made this the most strenuous part of the trip.  Once we hit the river we enjoyed a gloriously sunny prairie summer.  At the lunch stop, the group was fascinated at the number of bone fragments on a gravel bar.  Some were from modern cows and some (perhaps) from more ancient critters. 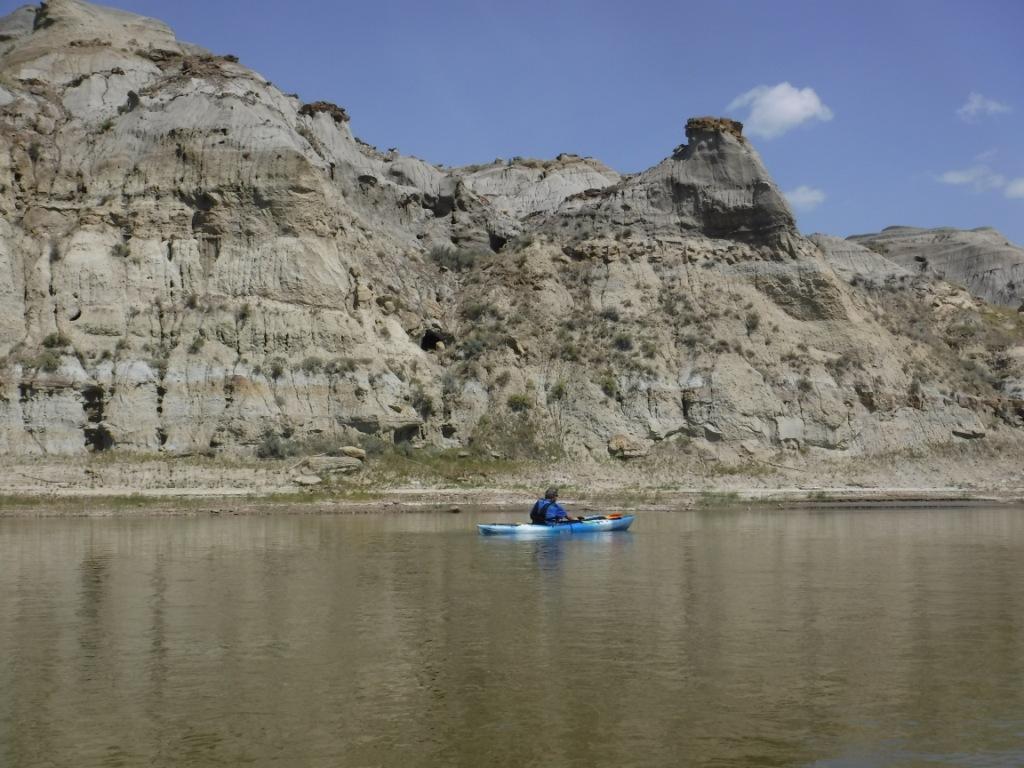 As the day wore on, we scouted campsites and found a nice landing spot and upon further investigation a camp site used by locals.  As we set up camp, someone noticed something swimming in the water.  As it drew closer, we saw that it was a 4 foot long snake.  As the snake slithered up the bank, the amateur herpetologists in the group cautiously looked for a rattle while others tried to find cell signal to Google snake pictures.  The group agreed that this was a benign visitor (follow up search determined it was a bull snake which is quite common in this reach of the river). 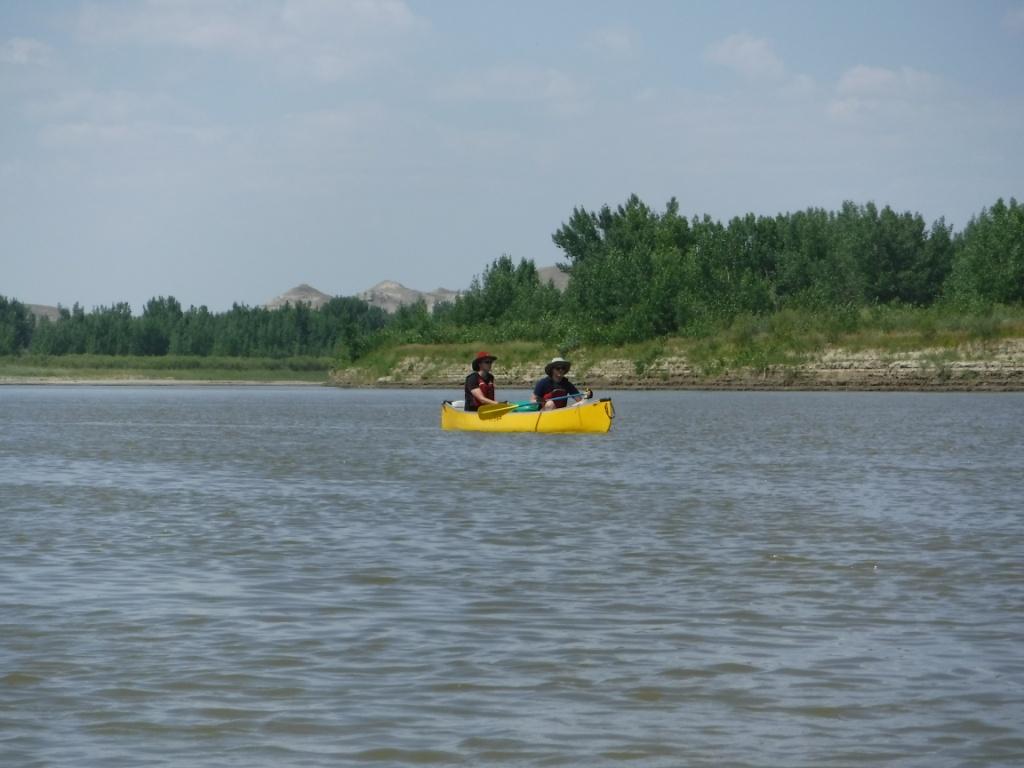 After a long hot day in the sun most of us sat in the river to cool down.  Very refreshing! Supper and an early night beckoned for all.  The following morning we broke camp and made the short paddle to Jenner.  Boats were loaded and farewells were said and we departed home.  Some of the group stopped for ice cream and showers at the park campground and then hit the trails for home.