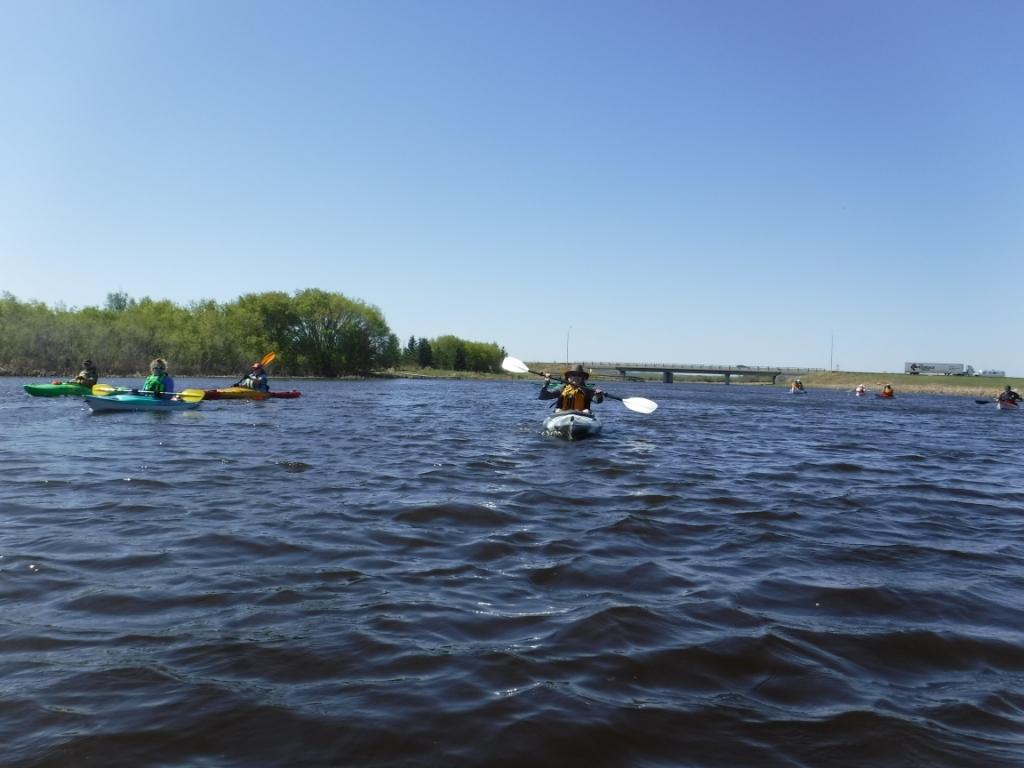 The forecast was for warm sunny weather.  As the 13 of us met at the put-in at the Riel Recreation Park in St. Albert, a brisk west wind picked up.  We weren't concerned for the conditions as it is a small river with plenty of places to stop, rest and get off if need be.Since the trip involved paddling downstream and now downwind with a return upstream and upwind, there was some apprehension.  However, the forecast was for the winds to diminish in the afternoon.  The group consisted of Gord and Donna in a tandem canoe and single kayakers Denise, Rob, Stephanie, Caitlin, Tom, Colleen, Richelle, Jean, Ron, Mike and Fred. 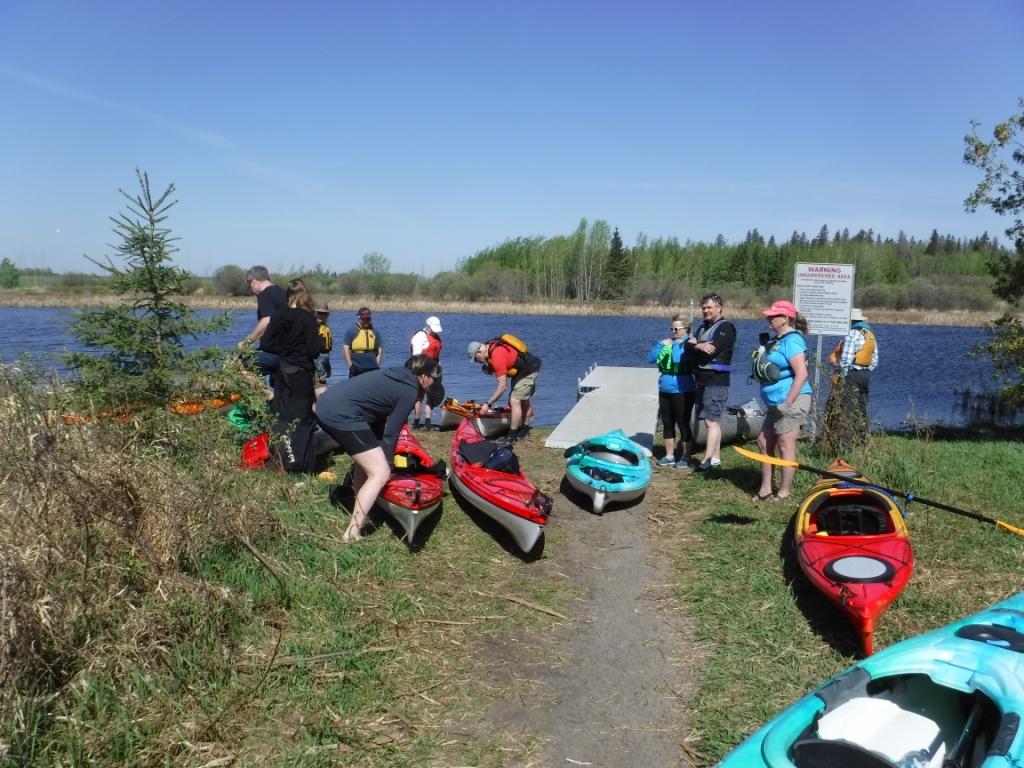 After we all launched at 11:00 AM, we drifted and paddled along noting that wildlife of all types were abound. Mallard ducks, Canada geese, muskrats, red-winged blackbirds to name a few. Once we got into the narrow river valley, the wind was less as predicted which we were thankful for. 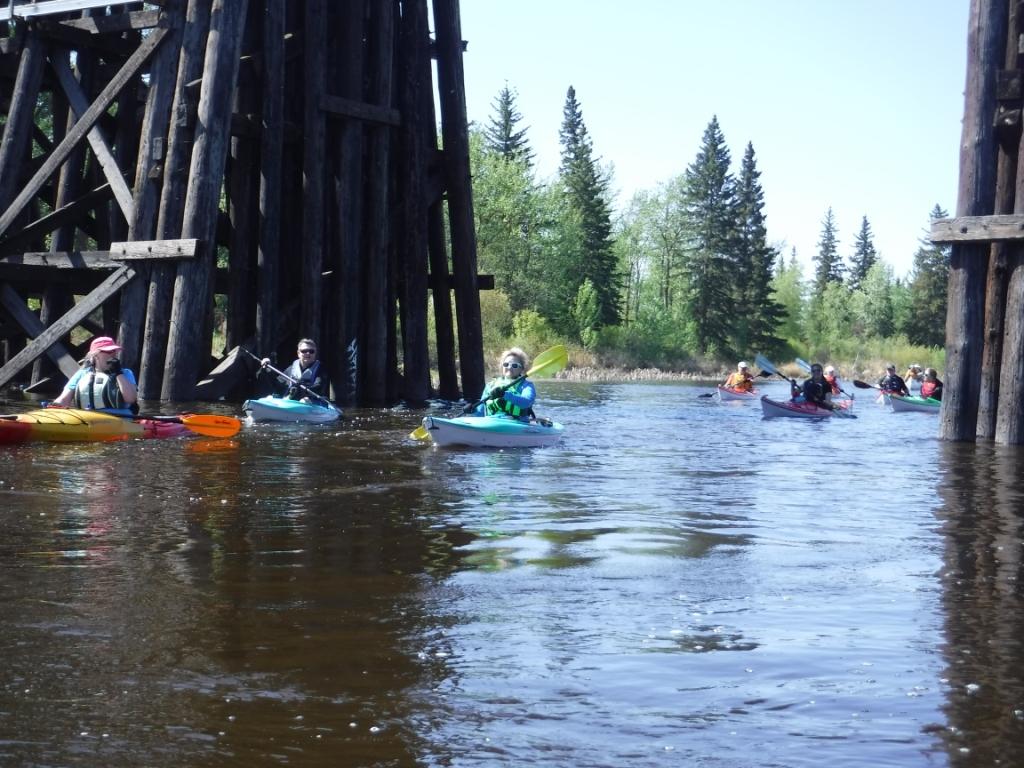 Just before lunch, a blue heron was spotted hunting in the reeds on river right.  In the angle of the sun, it was almost iridescent. Our plan was to stop of lunch at the Kingswood Day area 6km from the put-in. With the current and wind, we arrived right on time after 1 hour of paddling.  It was a bit of a hike from the shore over flattened grasses that just a few days before were underwater.  We all sat in the shade enjoying our lunch and resting up for the return trip. Some were amazed at the planning of Rob, Stephanie and Caitlin who even brought a picnic blanket. 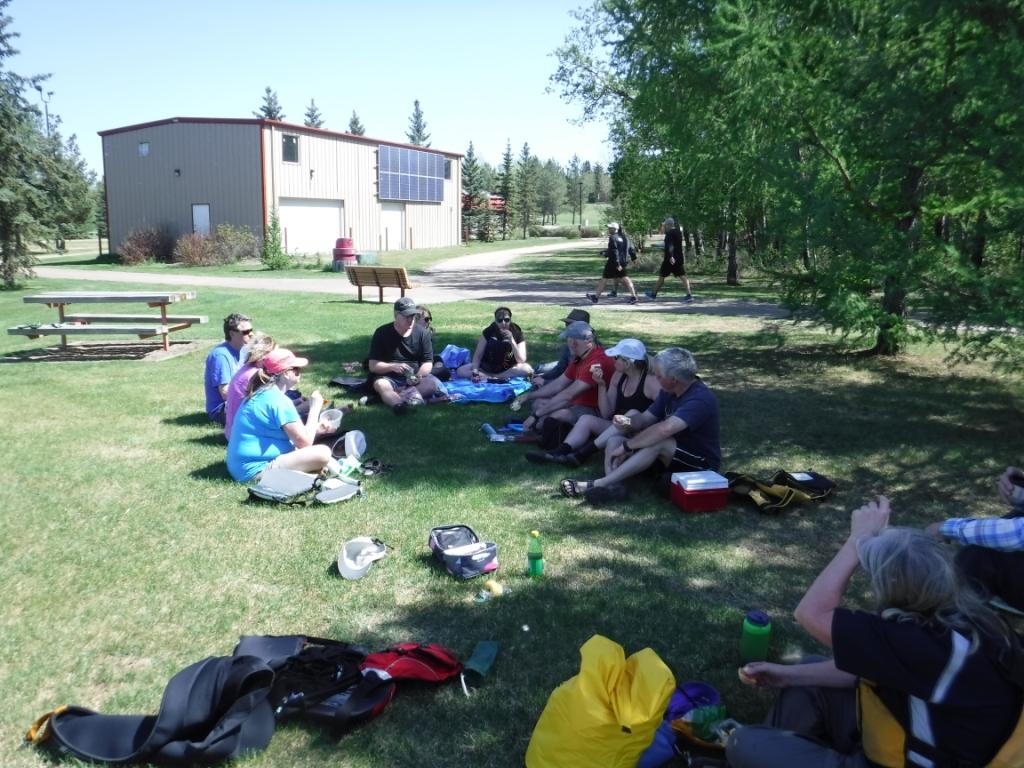 Once lunch was over and we started back up, the current was noticeable but thankfully the wind had died off somewhat with some gusts to make us work.  As with the way down, the windiest parts were in where the river opens up as you near the put-in. The return trip took just under two hours including three short rest stops. It was a fabulous day and for being the first or second paddle of the season for some, everyone did great although some (yours truly included) will be a little stiff in the morning.