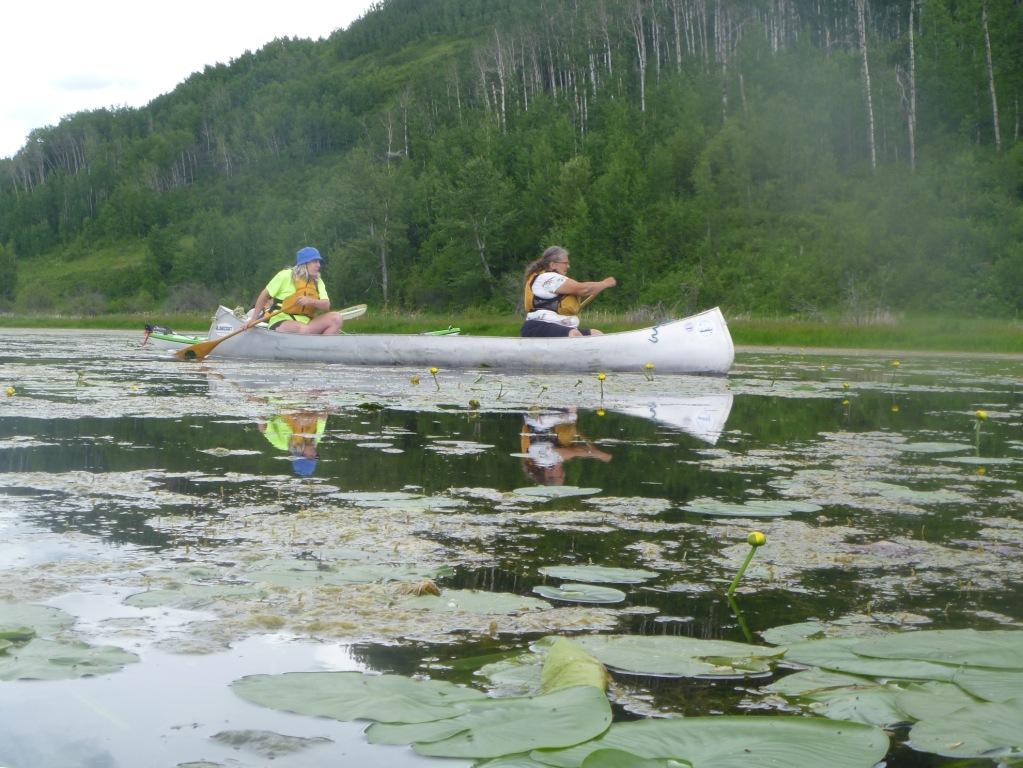 There are several decent sized but relatively unknown lakes perfect for a nice day paddle within an hour or so drive of Edmonton. Battle Lake is one of these, nestled a few kilometers southwest of the more popular Pigeon Lake. The name Battle Lake is a translation from Cree referring to conflicts between Cree and Blackfoot in the region of Battle River (Alta. Cult. Multicult. n.d.).  It is about 7km long and about 0.5 km wide with a maximum depth of 13m and runs basically Northwest to Southeast.  Being long, skinny, and being oriented the way it is, it can be prone to wind (stay tuned for more on that).

This trip included canoeists Doug & Leslie, Lisa & Donna and kayakers Paul, Stephanie, Rob, Charlene, Mike, Paul, Tim and Colleen. We met at Battle Lake Park on the south-eastern shore of the lake and after a quick safety, talk headed northwest up the lake with a plan to circumnavigate the lake.  It was a partly cloudy day with a forecast for some rain towards the end of the afternoon. We paddled along the east shore chatting and looking for wildlife.  At the far end of the lake, we found a lily pad field to stop and have a rest on the water. 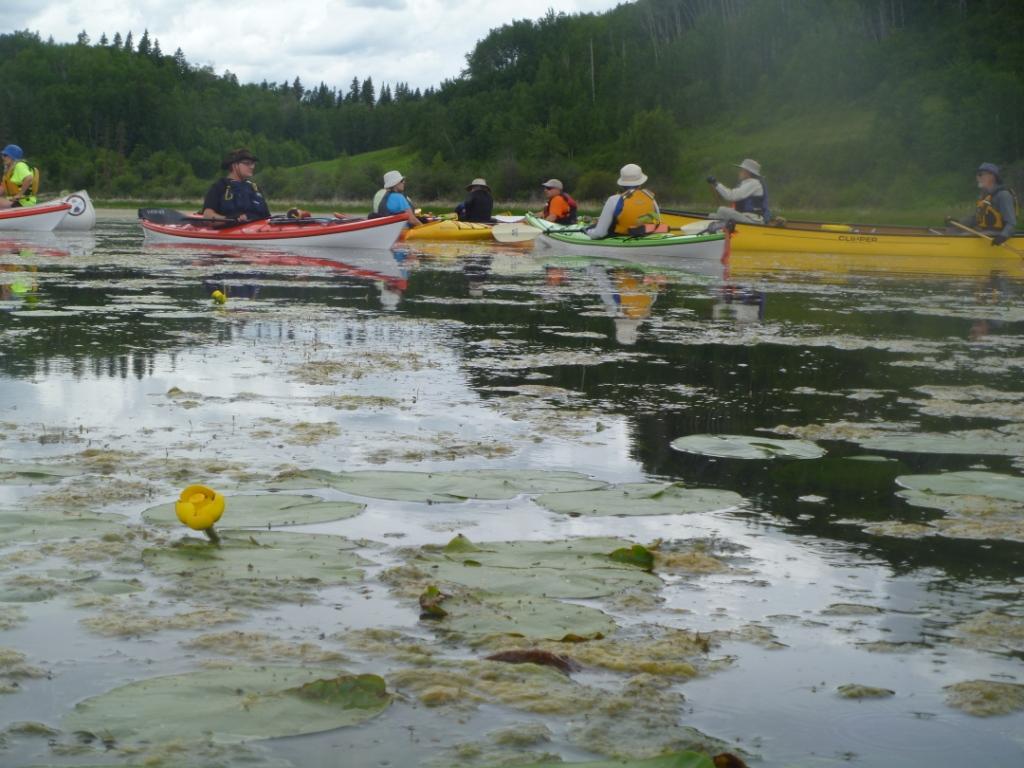 Looking to the west and checking weather radar, we could see a storm moving towards the north end of the lake so we picked up the pace and headed south about a quarter the way down the lake on the west shore where we stopped for lunch.

A moderately heavy downpour hit just as lunch was ending and we could see that our plan to circumnavigate the lake would not materialize.  Also in the distance we could hear thunder beginning to peal. Being aware of the dangers of being on the water in a storm and that the wind and waves could pick up. The group sprinted across to the eastern shore and hugged the shore back to the put-in. 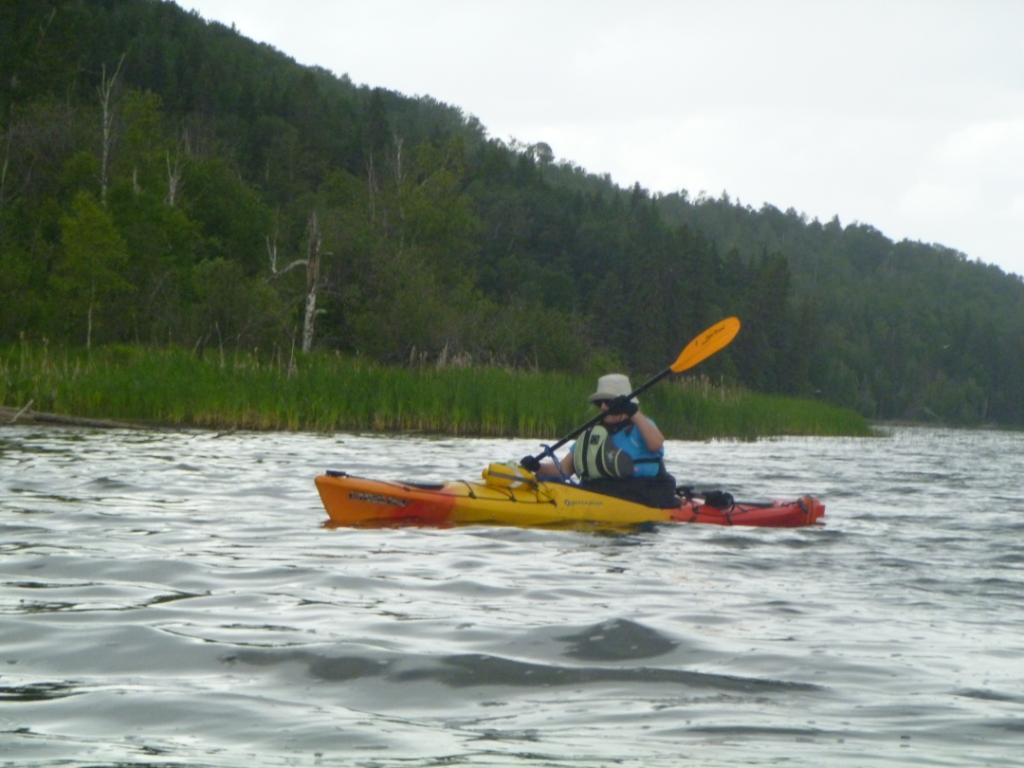 Just prior to landing the weather cleared up nicely and Rob, Stephanie, Tom and Colleen decided to paddle to the south of the lake, the rest of us felt that hot coffee and soup sounded good.  We stopped at the Eco Cafe at The Village At Pigeon Lake and enjoyed soup, sandwiches, burgers and pastries.  It was a nice day trip that left part of the lake calling to be explored next year.  Keep an eye on the 2019 trip calendar as we might return.

Thanks to Stephanie for the great pictures!