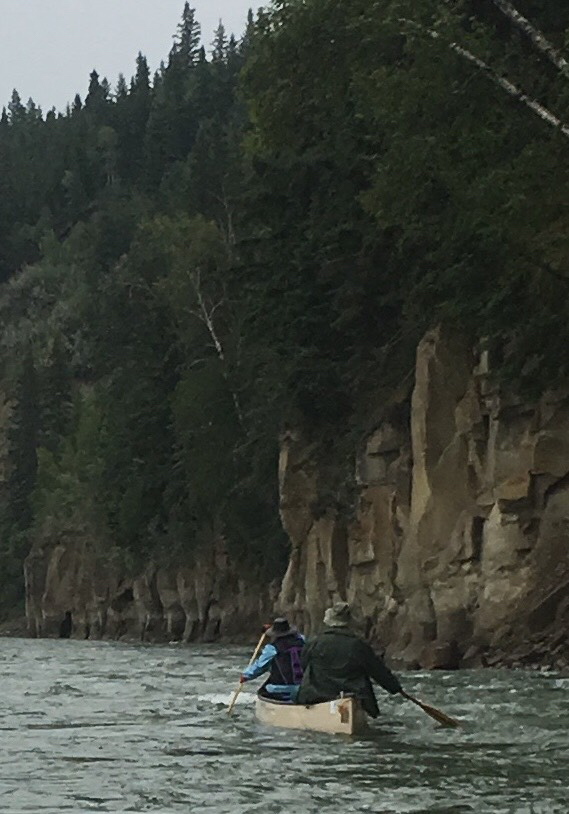 We began assembling at Wiley West campground boat launch as early as 9.30, with a goal of getting on the water by 10.30 or 11.00. After setting up the shuttle we got on the water slightly after 11.00.

Weather a bit cool with a slight drizzle but enthusiasm wasn’t dampened. The river flow plenty adequate and not too high, close to 300cms according to Gord’s internet research. The current was good and somewhere along the route Mel clocked us drifting at about 8kph. 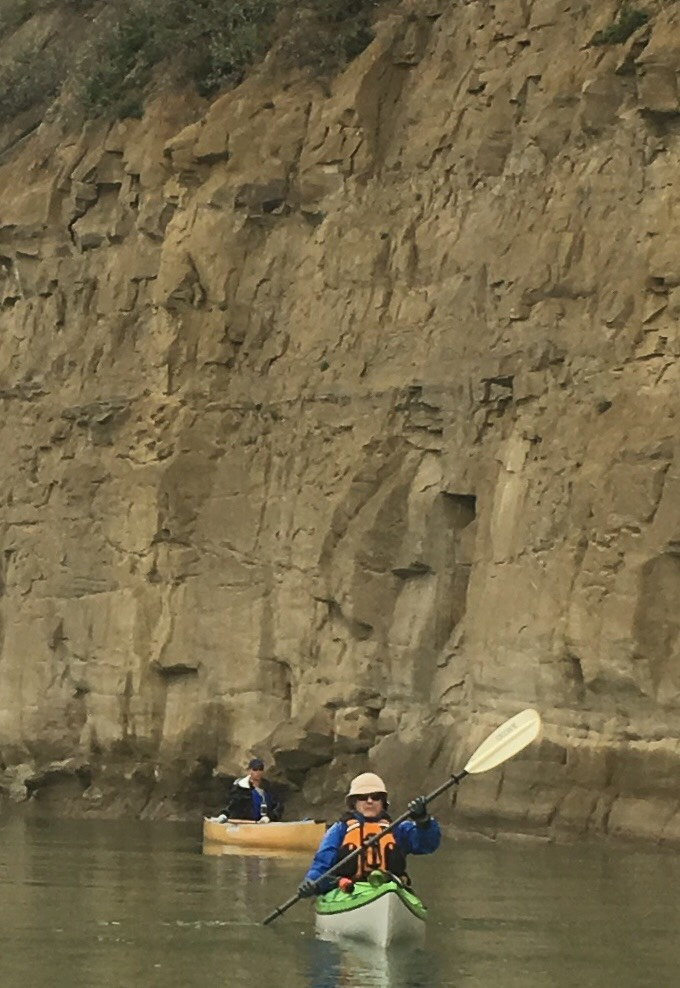 This is a very pleasant section of the North Sask. Much of it is a wide, gravelly valley and there is braiding especially at lower water levels. There are also sections where the river bangs into cliff valley-edges (see photos) and sometimes these can have good-sized waves. 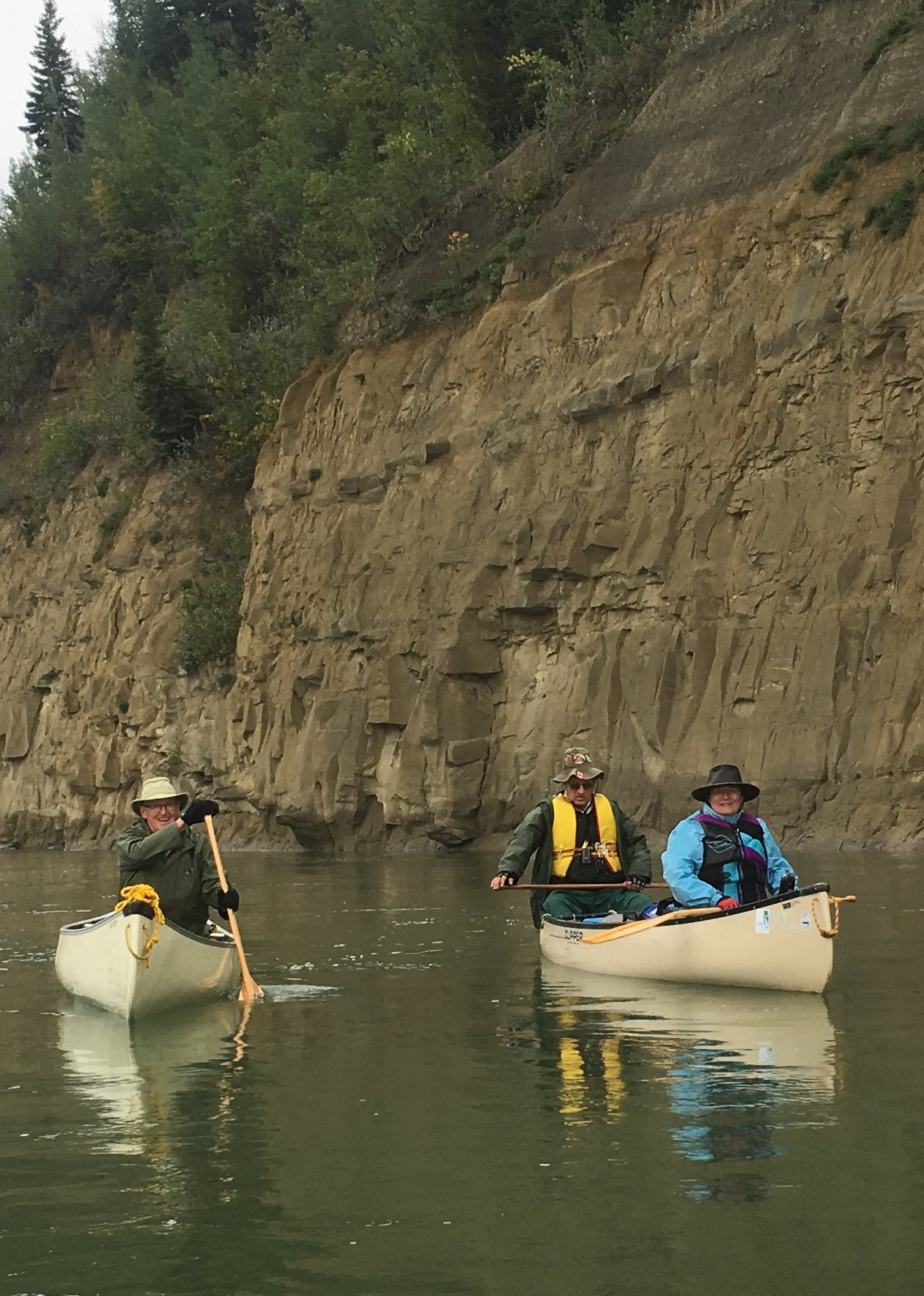 We didn’t see any other boats on the river even though there were some trailers at the launch. Apart from occasional O&G stuff there is little human interference along the shore. One deer sighted while setting up the shuttle and another on the river. 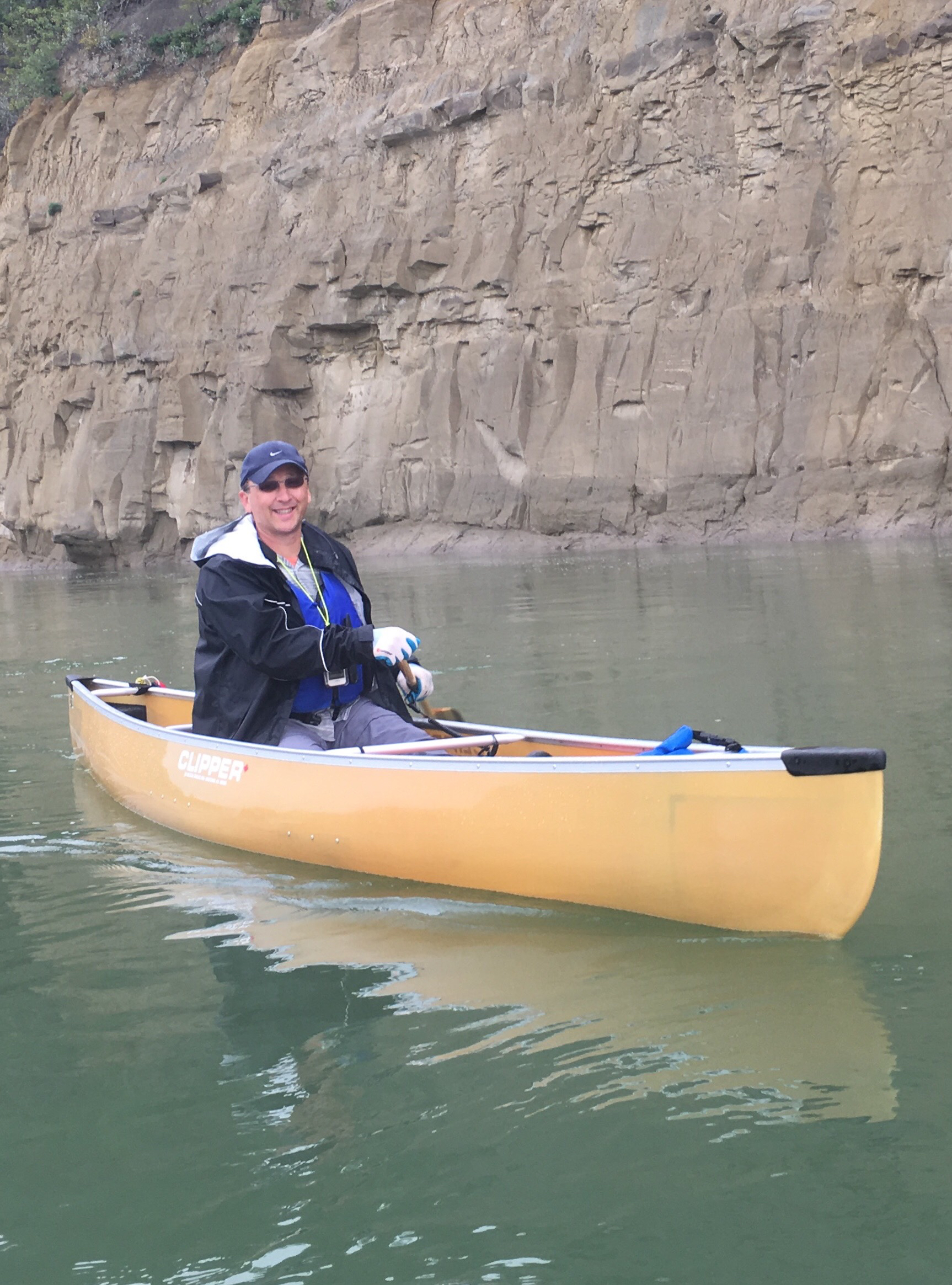 About an hour into the trip we stopped for lunch. It seems that once back on the water we must have whizzed along because before we knew it the Berrymoor Bridge came in sight and the trip was over. By my device total distance of 27km and paddling time 2.5hrs, time-wise much shorter than I expected

Then only the shuttle …many thanks go to Mel!

Photos by Margriet & Mel: thank you both for sharing.