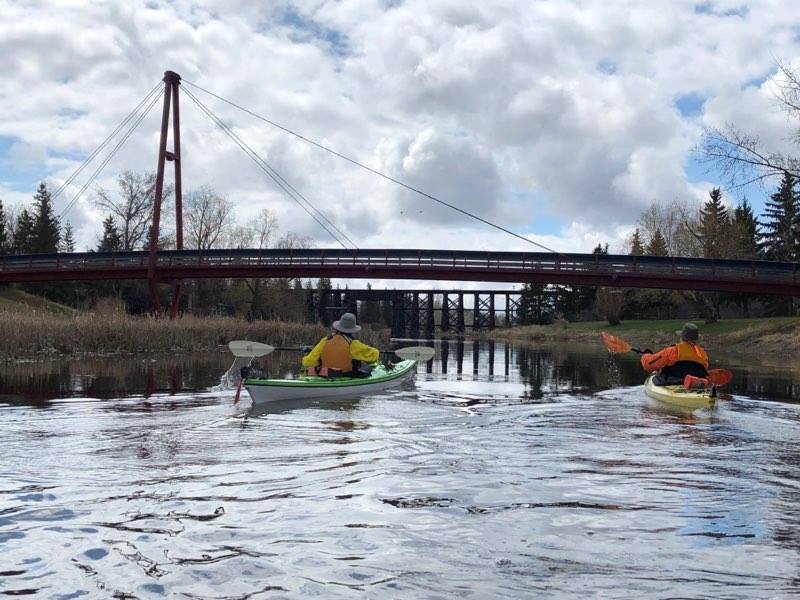 Five members of the club assembled at the boat launch at Riel Recreation Park. We were Karyn, Martine, Rob, Stephanie and Paul, all in kayaks. There had been some snow earlier, but this was melting. We launched on to the Sturgeon River and headed downstream to St Albert. The river was flowing at 11.7 cm/s, the temperature was just above zero and it didn’t get much warmer. The high level of the river was slowly falling, but the river was still wide. We passed bushes, reeds and trees and saw birds of many different species, also muskrat and beaver. Our trip took us into the heart of St Albert, and we passed St Albert Place, a notable landmark in the city, and the Highway 2/St Albert Trail Bridge. 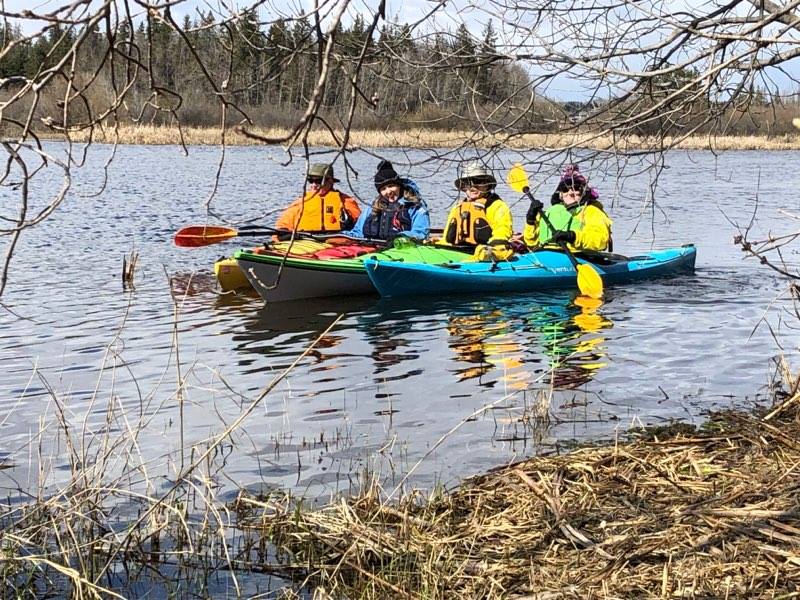 I noticed a ginger cat crouched in a depression leap up and almost catch a flying magpie. It must have been observing the birds for some time because it came very close to grabbing the bird.

Further down the river a muskrat was swimming across the river; we cut across its path and it swam under a kayak and maneuvered around another. It didn’t seem stressed at our presence.

After 6 km we arrived at Kingswood Park. We landed and took lunch; out came small tarps and even a chair. A few flakes of snow were falling. I was warm paddling, even though our speed was leisurely, but stopping for lunch I was a bit cold. We took to the water again. 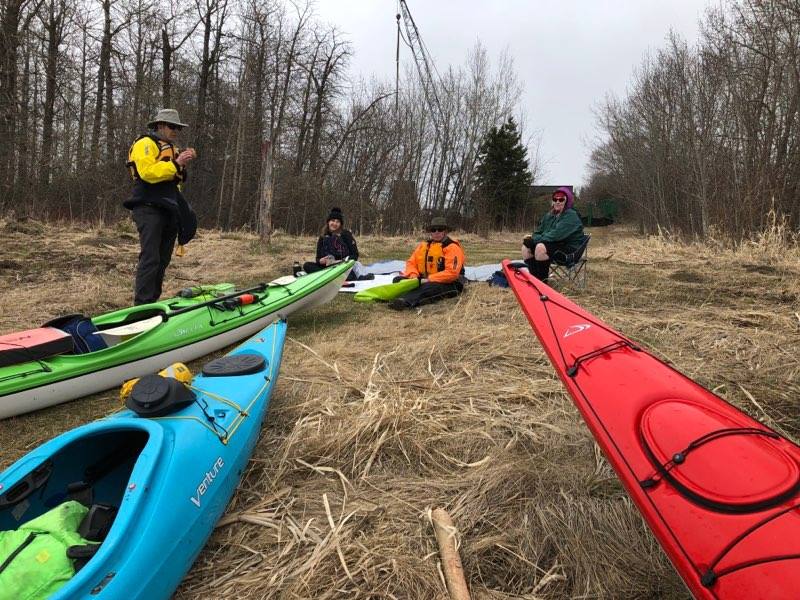 During launching Paul managed to partially dump Martine into the water, but she managed to keep her head above water by saving herself with a wet cold arm. By now the snow was falling and we had a good 15 minutes when there was a constant amount of snow. We headed back upstream into the snow. There was also a period where the sun was shining and the snow falling before the snow stopped. 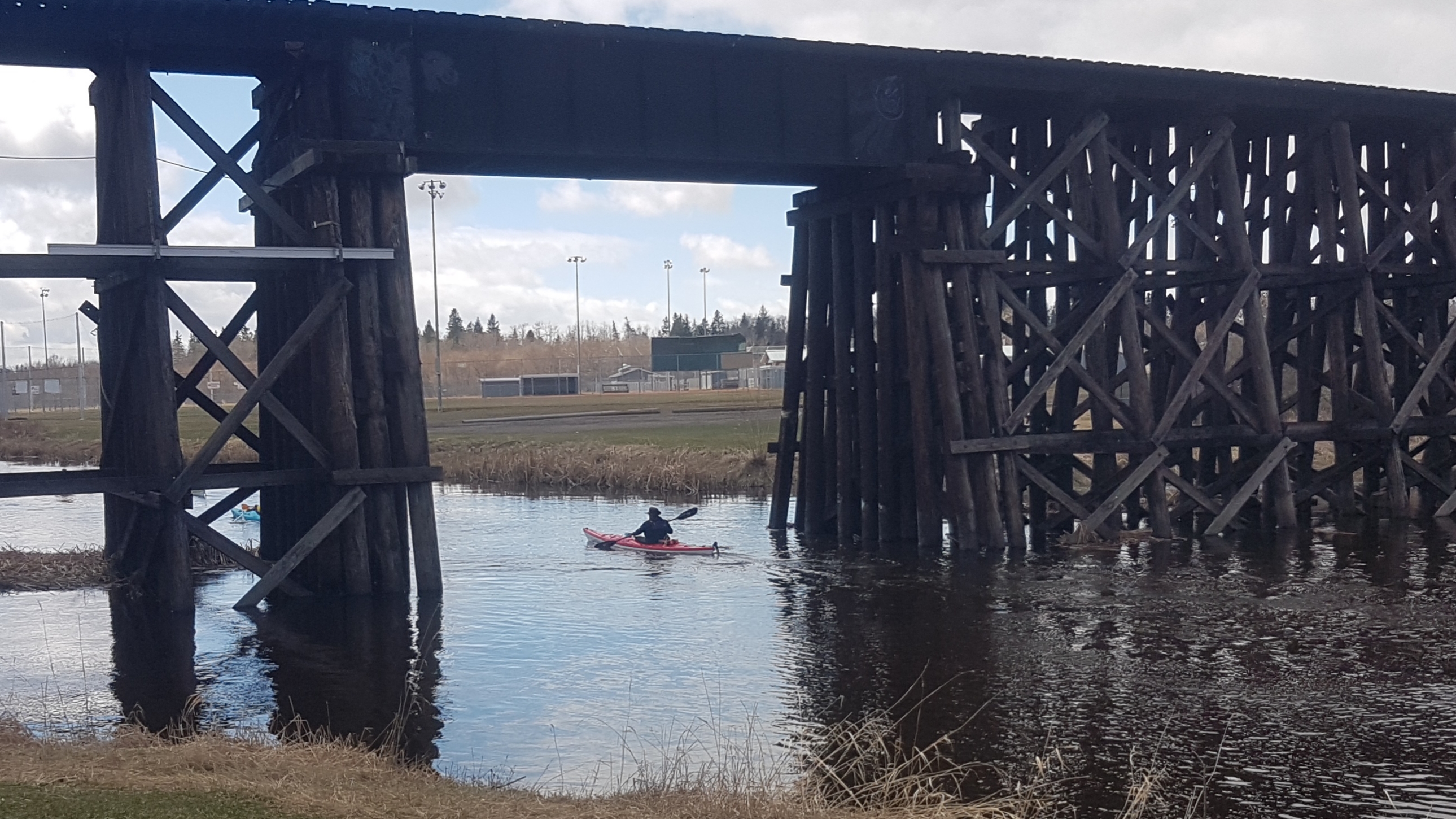 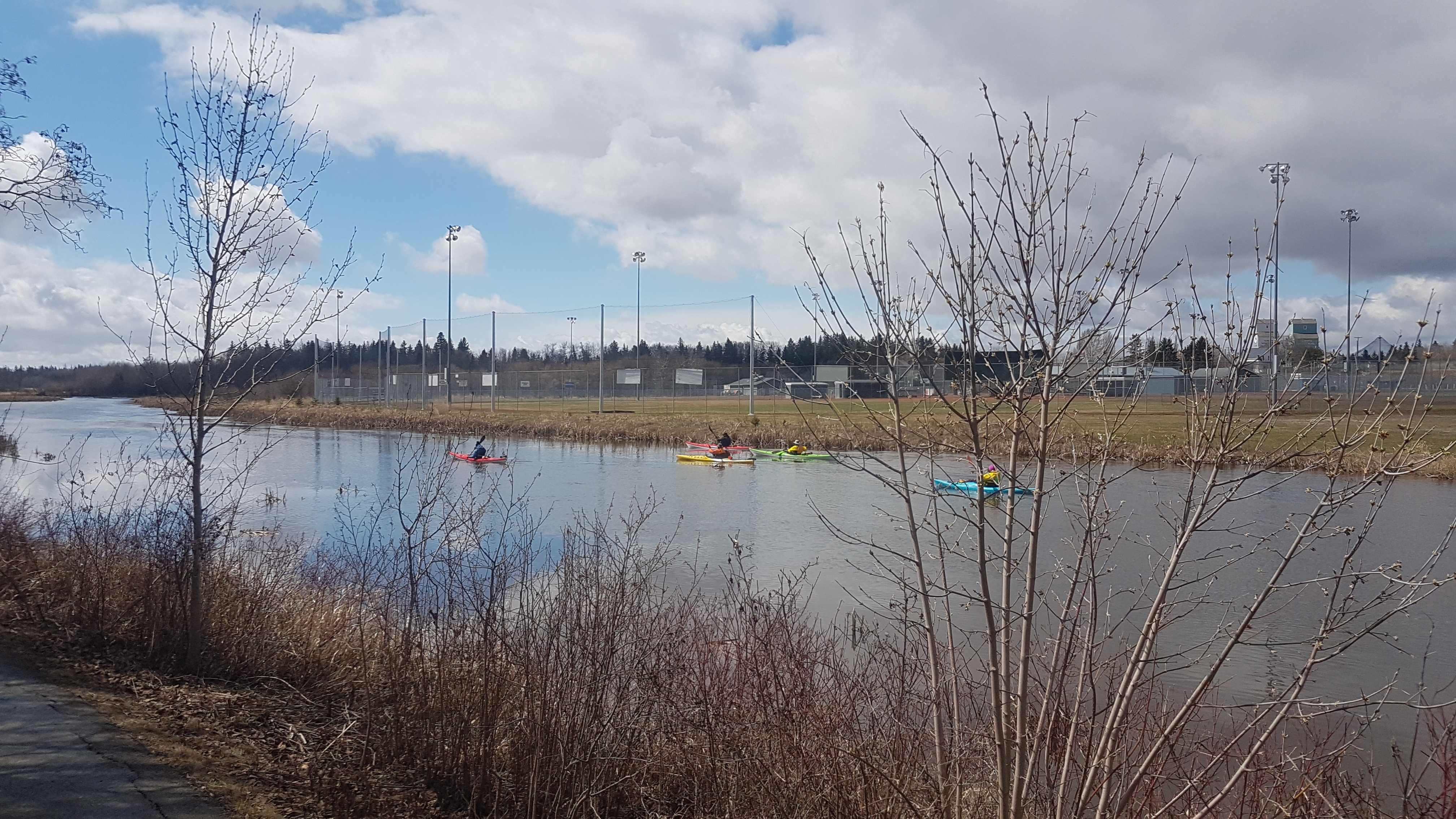 Further up the river we ran into Denise, who was supposed to be on the trip but circumstances prevented her from launching with us. She was on the bank and she promised refreshments at the take out. So we paddled to the take out and were met with hot chocolate and cookies. Denise also joined us with carrying boats and equipment back to our vehicles. A good short early season trip despite the cold. We paddled for about 3 hours at a rather slow pace.