A dozen NW-Voyageurs met at Chelsey Robinson Park for the trip. For those of us from Edmonton it had been a week of daily snow before the trip which was a bit discouraging. But new members Marianna and Terry from Edson had been pushing muchbigger dumps of snow so we were glad they were able to make it; Welcome Marianna and Terry! With you guys on board perhaps we will start paddling the McLeod more often!

As it turned out it was a cool and mostly cloudy day with some wind…but not miserable…and so we were able to have a good time. After meeting at Chelsey Robinson Park we went to the put-in at the old Cropley Ferry on river-left and started paddling about 11.00AM. Altogether we were 8 solo kayaks, 2 solo canoes and 1 tandem canoe. We had a leisurely lunch about half way down the river and pulled out at Park about 2.30 or 3.00PM.

The Genesee area is about an hour’s drive from Edmonton making it an easy day paddle. The river valley here is very wide and makes a broad sweep from a northeast direction to the southeast. The river makes big meanders within the valley and is wide and shallow in many places. There are a number of big Islands, some of which have clear channels offering different trip routes. There are also a number of river access points making it possible to choose trip lengths depending on available time.

The Genesee-Mewassin area has a rich history in which the valley and river play important roles. Cree Nation groups, fur traders, gold miners, loggers and settlers have all plied the river in their day. Today the area has a diversity of farming, is home to a large proportion of Alberta’s electricity generation and is a big supplier of Edmonton’s sand and gravel needs. 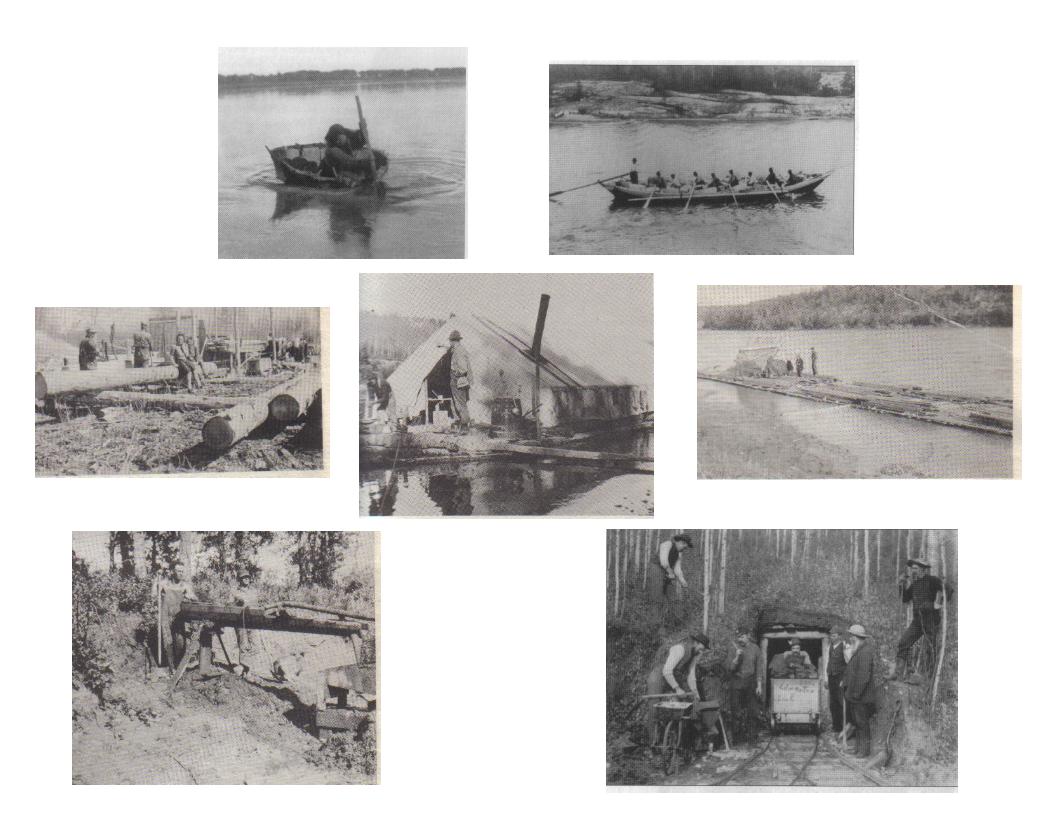 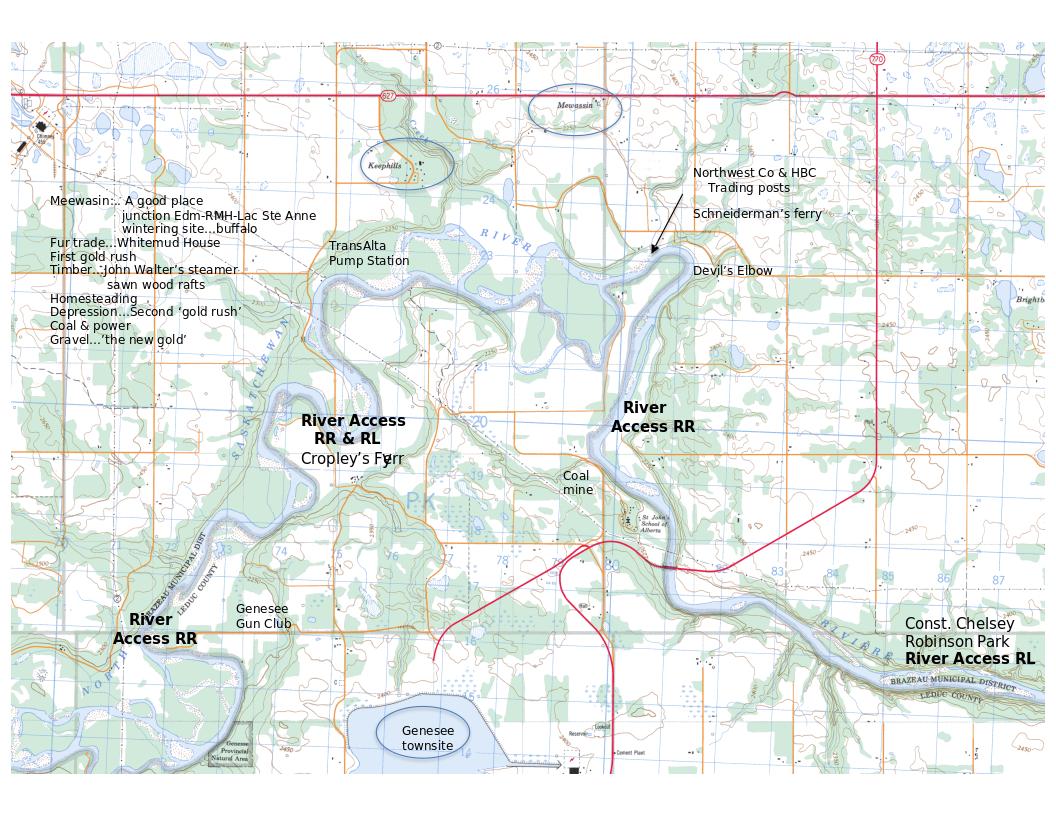 The access west of Genesee Gun Club is now useable, after a few years of disruption by gravel operations.

At the Cropley’s Ferry there is access on both sides of the river. River-left is gently sloping all-weather gravel; river-right can be very muddy in spring or wet weather.

There is good access on river-right about 1km straight north of St John’s school. This is a popular informal campsite and is well used by gold panners

Constable Chelsey Robinson, river-left, take out is best on the downriver area near the lower parking lot.