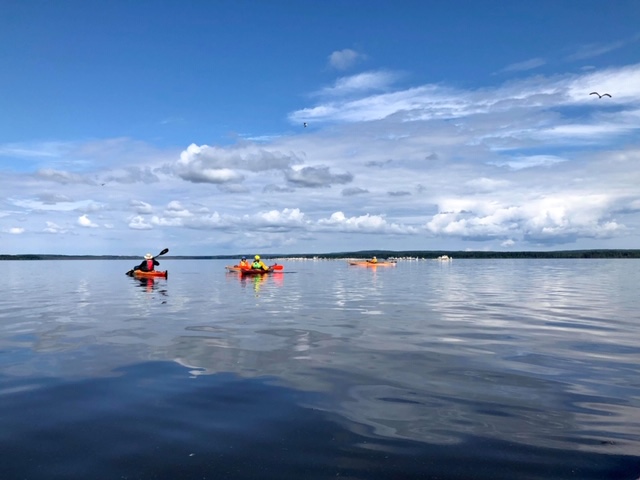 We had 8 people meet at Chip Lake Park Friday night, Donna M., Nelson L., Arleen D., Stephanie J., Rob R., Denise J., Karyn M., and Captain Bob. Chip Lake is the lake you drive past when you drive to Jasper along highway 16, just past Wildwood. It turns out to be much larger than most of us realized, plus fairly shallow. The deepest parts of the lake are only 10 feet deep. It seems to be well stocked with fish though, as most of the people we met were fishing, and there is a LOT of bird life. 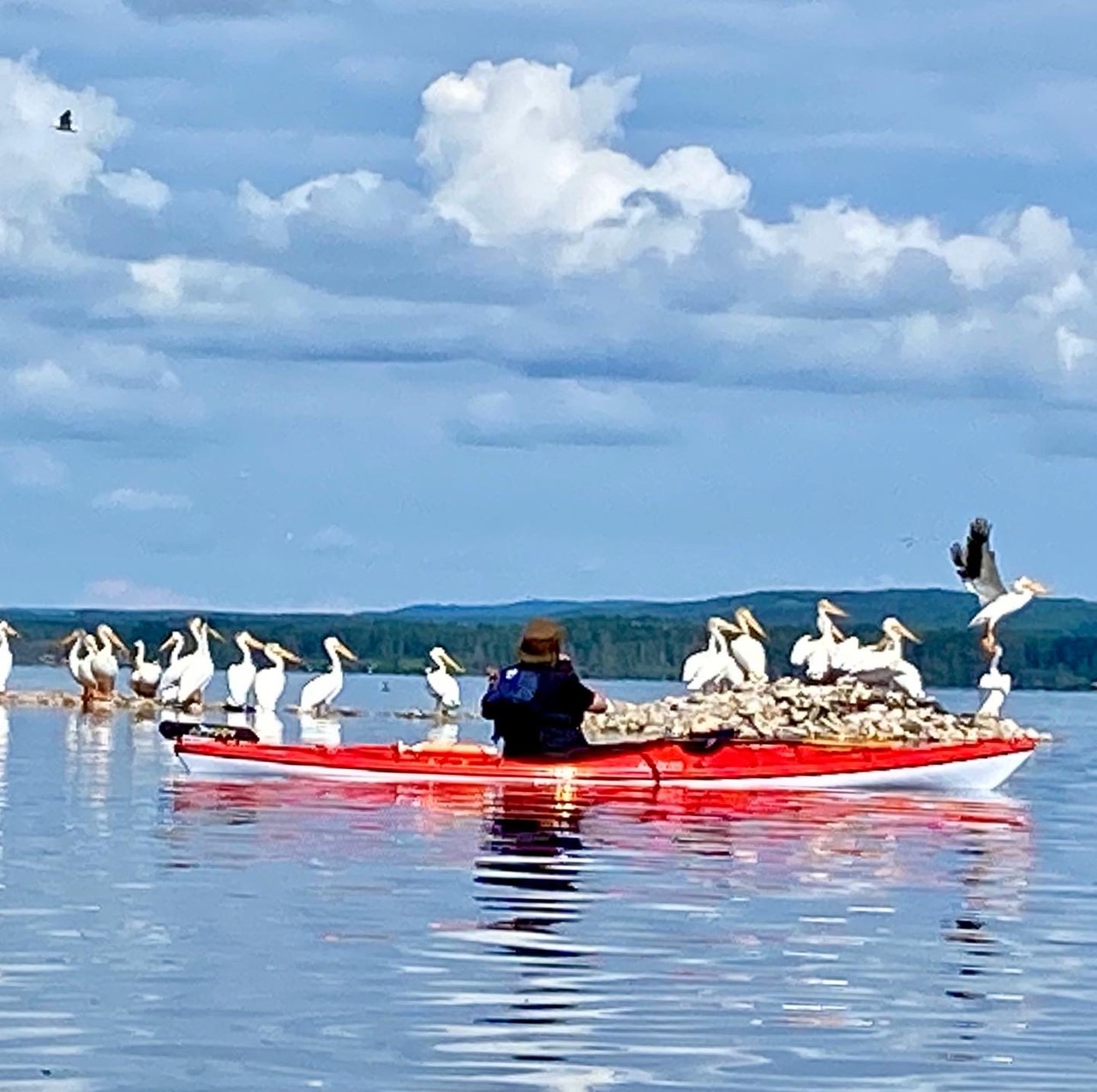 Saturday: The weather forecast was for rain and thunderstorms, so we decided to head along the shore from the park, and see what we could see. However, the morning was calm and lovely, so after about 3 km we headed straight across the lake to a couple of islands, Gravel Island and Heron Island. The lake has 12 islands, but these 2 are owned by the birds. Wow. Hundreds of screaming gulls took to the skies as we approached. The pelicans and cormorants were more relaxed and just watched as we passed by. We paddled from there to Big Island, which was once farmed for hay. It looked hard to land kayaks there, so we headed for an old homestead for lunch. The wallpaper was still on the kitchen walls, but the buildings were all caved in and the floors rotted. What a lonely place to have been a farm wife! 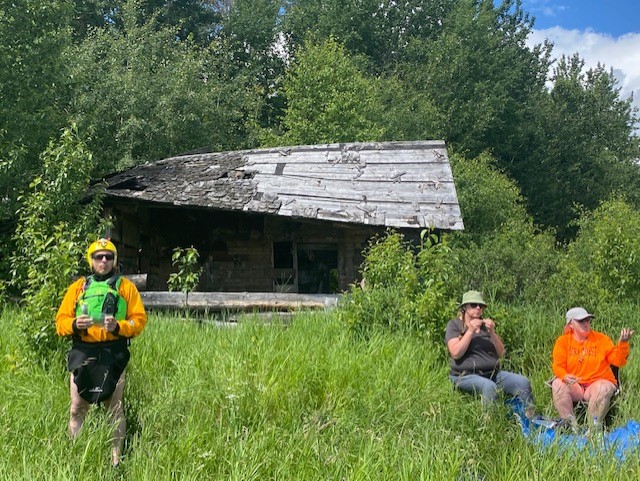 Just after lunch we noticed the large black clouds heading in from the west, so we packed up and changed our plans again, heading back towards Big Island. Just as we reached it a clap of thunder made us all duck and we paddled (reaching our top speed for the day) to shore, where we huddled under a tarp while the rain pounded down. Rob R has a wonderful weather radar app on his phone, and he told us we had an hour long window before the next storm hit, so we high-tailed it for home. The 4.5 km crossing was a bit unnerving as the clouds continued to build, but we made it back to our boat launch and headed for camp. 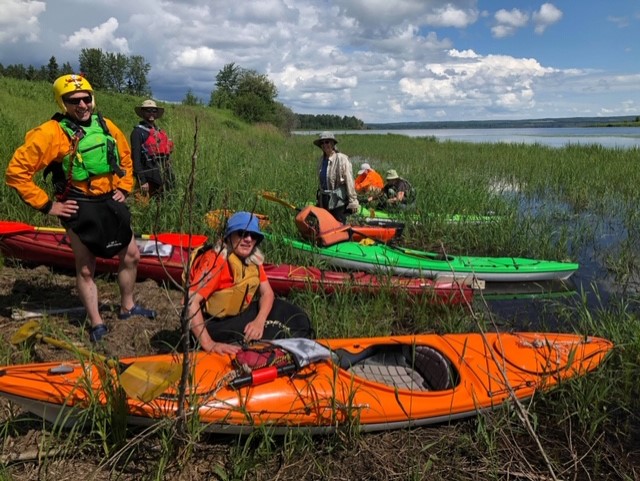 We spent the afternoon visiting and hanging out. In the evening we were joined by a couple of UAPS members who were planning to paddle the Lobstick River with Captain Bob, but they decided to come visit us instead since the Lobstick was running very high. We paddled 16.5 km for the day, and managed to keep our social distances, even under the rain tarp.

On Sunday a few of our group decided to relax, so only 5 of us headed out the other way, to see what lies at the other end of the lake. One Bald Eagle, and lots of pelicans and gulls. We only paddled about 6 km as the weather was changing again, and sure enough it started to rain just as we were tying our kayaks on our car roofs. Denise and Karyn were still enjoying a leisurely brunch, so Stephanie, Rob and I stopped and ate our lunch under their shelter while the rain came down.

Chip Lake turned out to be a surprise, and it would be a worthy destination for another trip. There are more islands to explore, and the birds are amazing. Plus it is just over an hour from west Edmonton. Chip Lake Park is pretty primitive, free fire wood but only pit toilets and they recommended we bring all our drinking water. There was a pump there for water, but we were not sure if it was potable. The individual camp sites are well spaced and nicely set up, and they have 3 large and 2 small group areas as well.

Thank you to everyone who came and especially Captain Bob, who volunteered to lead Saturday!