This was the first official Northwest Voyageurs Club trip of the 2021 paddling season and the second year of the COVID-19 pandemic. The original intention was to paddle the Sturgeon River downstream through the centre of St Albert and then back upstream, but due to very low water levels the trip was changed to Big Lake. We were Alan in a canoe, Donna, Martin, Greg and Paul B. in kayaks. We launched from Riel Recreation Park in St Albert, the temperature was about +4 C and proceeded to Big Lake.

The Sturgeon River was flowing at 1.83 CM/S. The level of the lake was low and we all hit bottom with our paddles many times, but it was manageable. After about three quarters of an hour of paddling we started to look for suitable sites to land for lunch; this proved to be time consuming and it wasn’t until we were in the southern narrow stretch of the lake that a potential place appeared.

The bank was higher than most of the other places we had checked out and the mud not as deep. We scrambled ashore using several different sketchy maneuvers; the bank will be covered in reeds and other shore plants later on in the season. It was a welcome stop to stretch legs and have lunch. 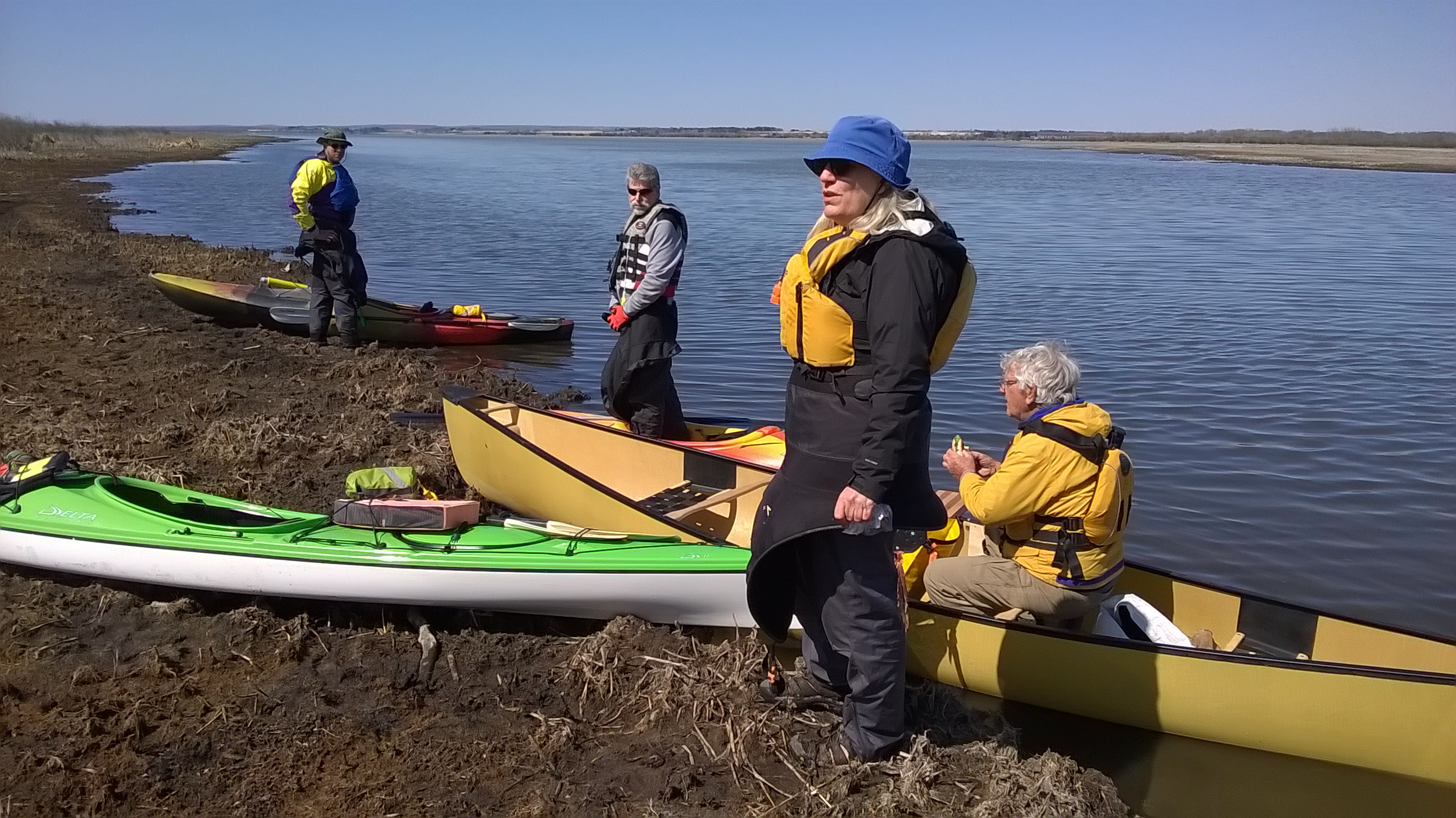 After lunch we decided to head back the way we came. We didn’t see too many birds, a couple of herons and even a swan, probably too early in the season. However as we neared the large eagle’s nest close to the narrow section we saw an eagle perched high in a tree.

The journey back to the take out was uneventful, in large part due to the lack of wind and very small waves. Now the temperature was a bit warmer there was a fair amount of activity in the park. As we left the water the temperature was close to 9 C. A fairly relaxing and unstressful paddle; we paddled about 3 hrs. 10 minutes and journeyed about 10 km.