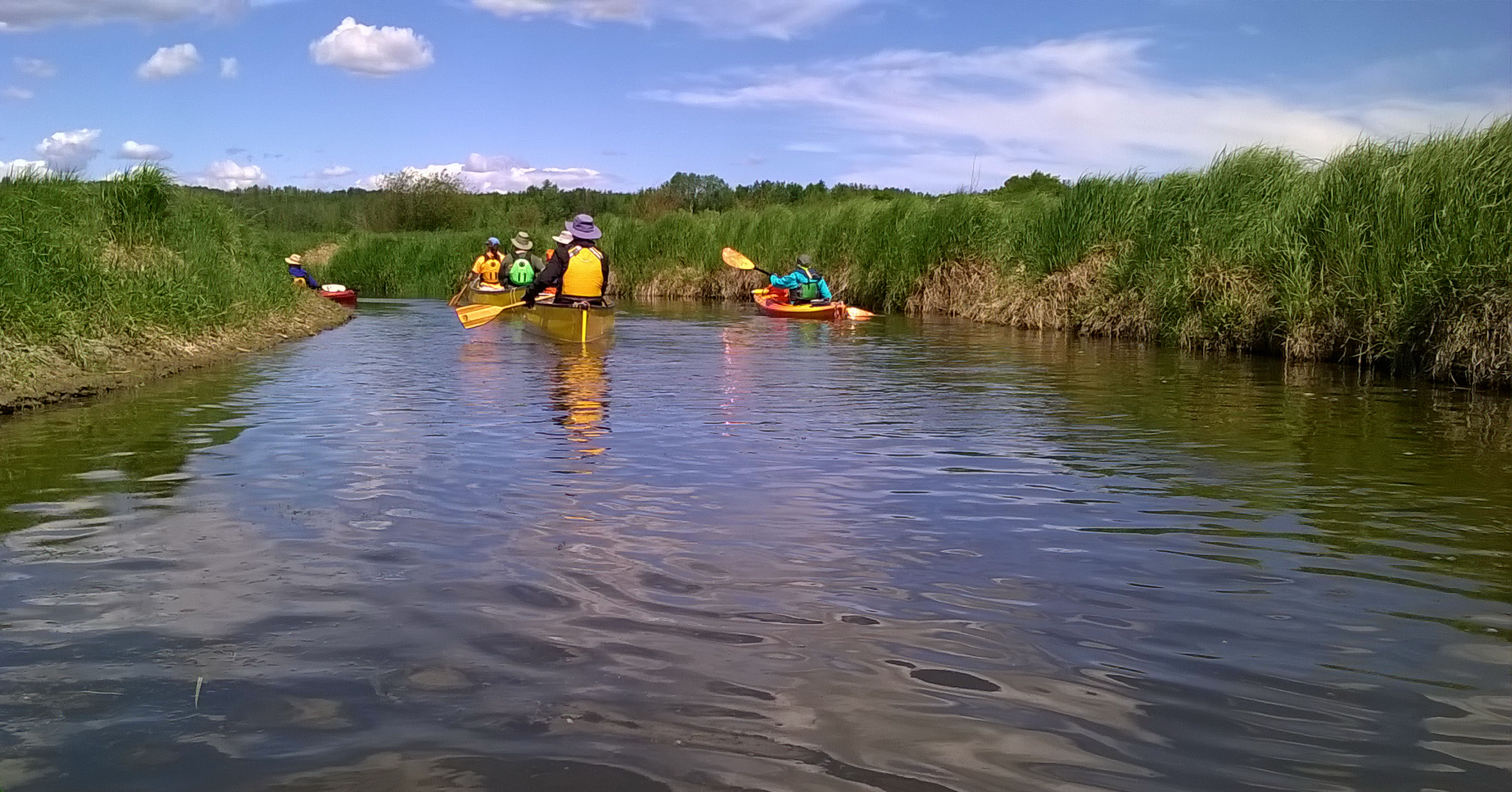 First the name. The lake used to be called Devil’s Lake but more recently it is reverting to its Cree name Matchayaw Lake. The two names are roughly equivalent in meaning.

Matchayaw is a small lake with some cottages/country mansions near the NE boat launch, a religious 'camp' near the bridge and the remnants of the small town of Bilby on the south end. There is a smaller boat launch at Bilby. A lot of the rest of the shore is marsh. Imrie park/conservation area makes up a chunk of the west side of the lake. North of the park there is private pasture through which The Sturgeon River winds before entering the lake. The Sturgeon leaves the north end of the lake in a wide, marshy valley.

When we arrived at about 9.30 or 10,00am the bridge over the Sturgeon was lined with fishing people and more were fishing at the boat launch itself. As well, over the day there were a number of boats out fishing, but only one large motorboat…and even that was more interested in fishing than in making waves. 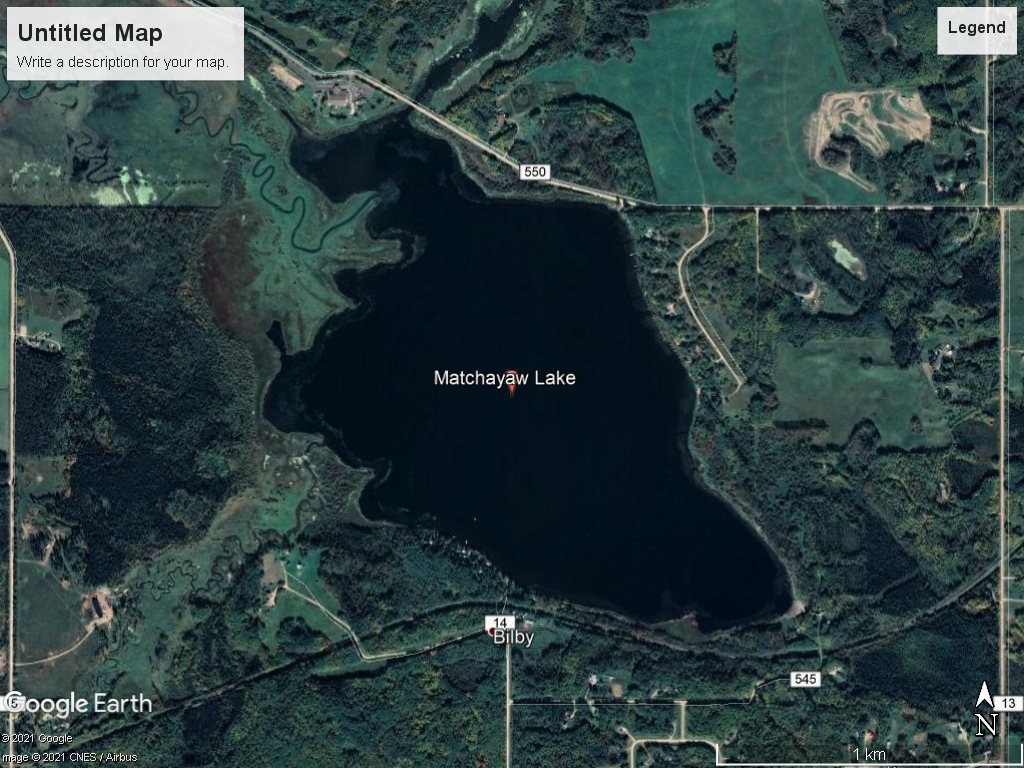 Our group was seven-persons-strong: Leslie & Doug and Isobel & Gary in canoes, and Alina, Paul and Alan in kayaks. Starting from the boat launch in the NE, we paddled more or less clockwise around the lake, stopping for an on-board lunch in the cattails on the west side not far from the conservation reserve bird-blind. 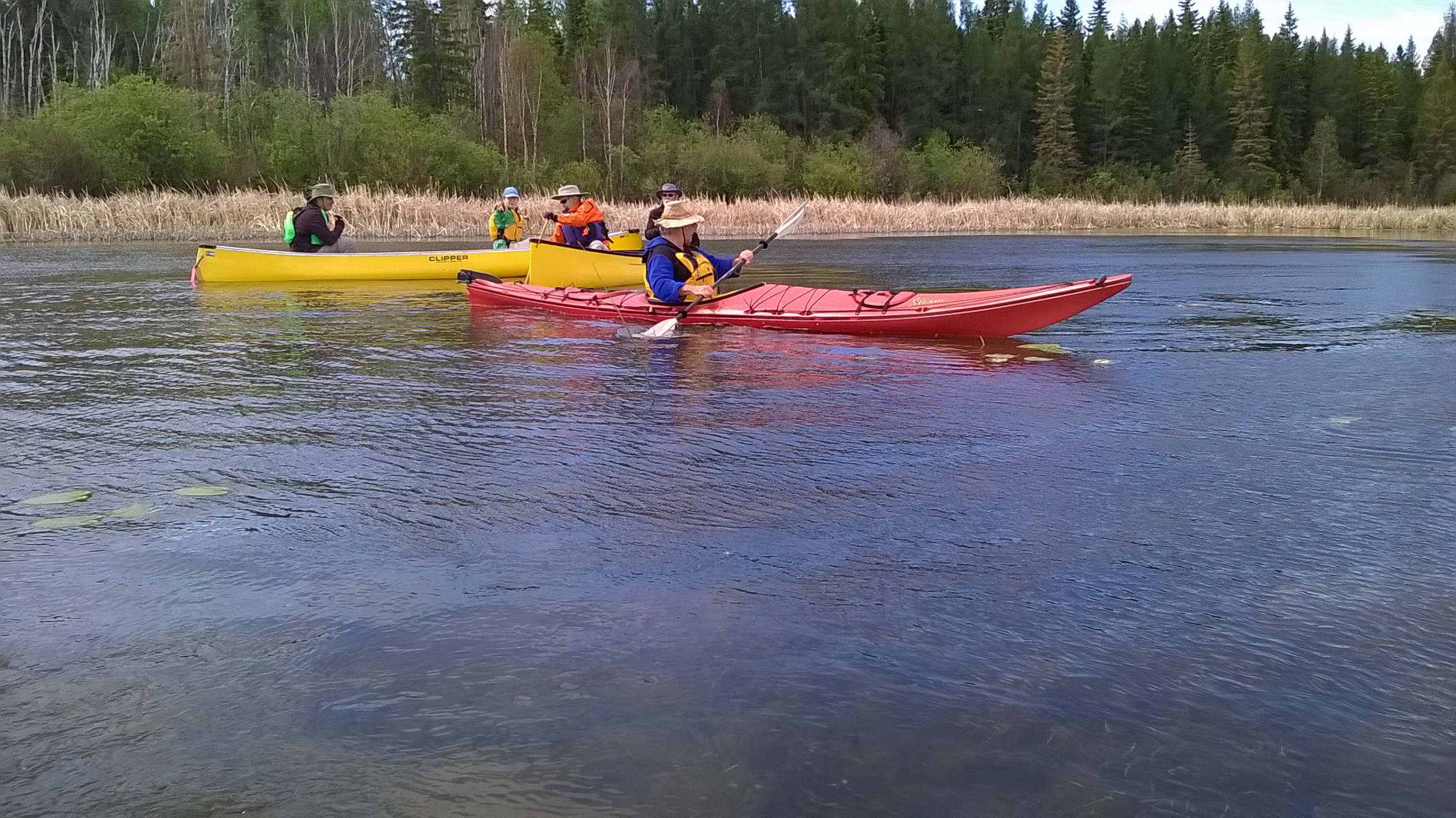 As with many other local lakes, the water level this year is fairly low but we were still able to find the inflow for the Sturgeon River. Counter-intuitively the river-mouth is at the end of a peninsula, reflecting the active delta the river is forming in the lake. We paddled up the river until it became too narrow and shallow at which point we turned about. Some boats struggled with an ‘Evergreen-in-the-Suez’ problem of being aground at both ends, making for a challenging turn-about.

Back on the lake we paddled to the Sturgeon River outlet to have a quick look but didn’t paddle downstream as time and bum-tolerances were running out and it was only a short way back to the boat launch. Altogether a good day on the water with the usual good NWV fellowship!