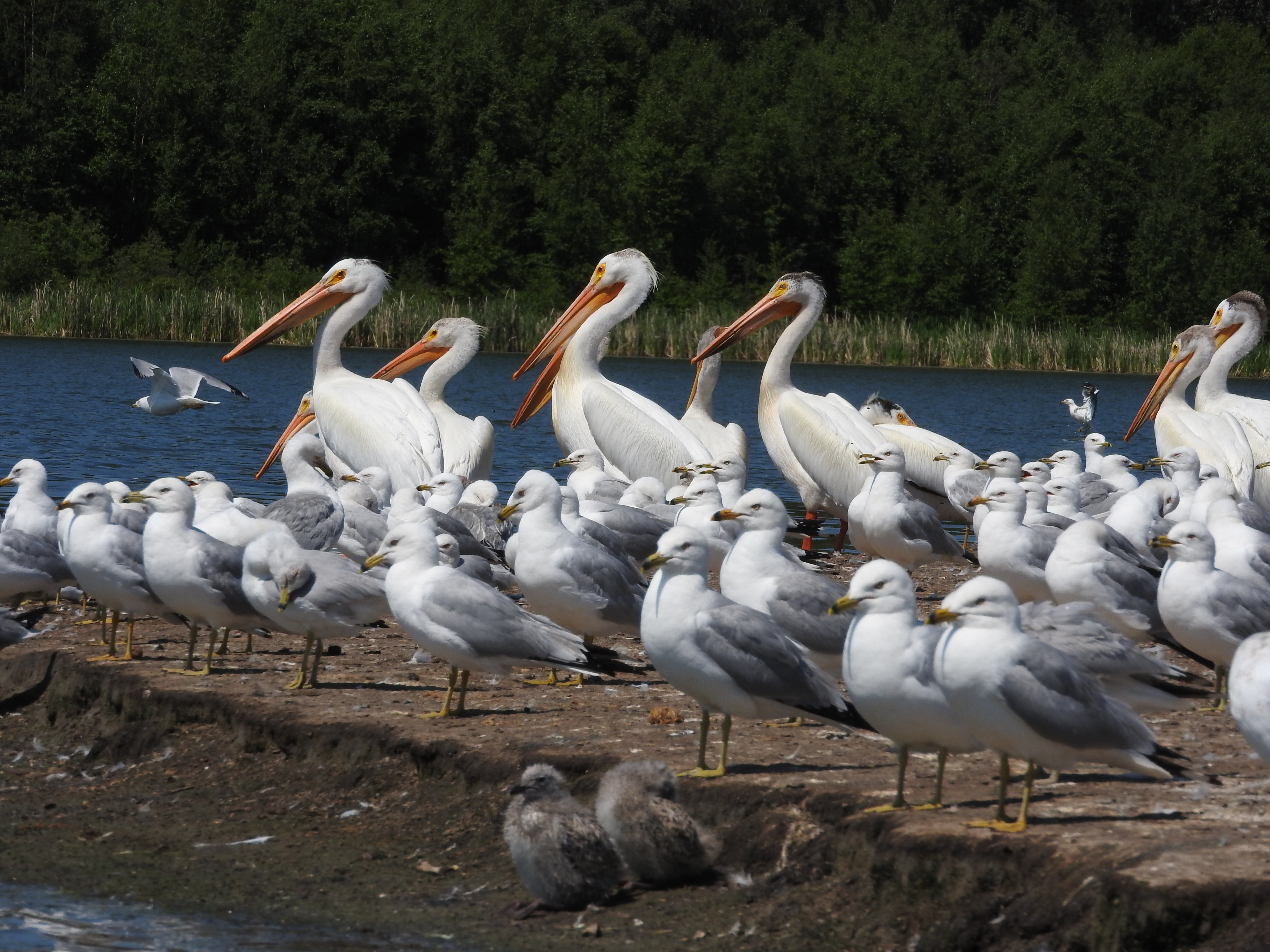 This paddle took place on the doorstep of the big heat wave. In order to beat the worst of the heat we met at Hasse lake at 9.30 and were on the water by about 10.00AM.

We paddled around the island getting a good look at the seagulls, terns and pelicans. Sadly some of the gulls were in poor shape and we speculated about disease…not an unlikely possibility given the density and low hygiene standards of the nesting.

Once around the island we leisurely followed the lakeshore, chatting and catching up with one another. There were a variety of ducks, some geese, a number of grebes and several loons. The west side of Hasse Lake has two ‘lagoons’ that can be accessed by paddling through marshes. We went into the northern, more easily accessible lagoon, where the water is shallow but very clear and clean. These lagoons seem to be the areas of freshwater recharge for Hasse Lake.

After completing a once-around circle of the lake some people opted out of further boating while others circled the lake second time before pulling out for a late picnic lunch and then heading home and out of the heat!

Hasse Lake is a small lake*(large slough?) and a super place for enjoying waterfowl. Thirty or more years ago the water level was relatively high and it was a popular fishing (stocked trout) and recreational spot with a nice little beach. In the late 80’s or early 90’s the water level dropped significantly, the beach was left high and dry, and a small island emerged near the boat launch. Although recreational fishing collapsed, the lake supported enough fish to attract gulls, terns, pelicans, loons, grebes and the usual panoply of waterfowl and shorebirds. The island is a hotbed of lusty gulls and terns and of course their progeny, as well as other birds that can tolerate the chaos. 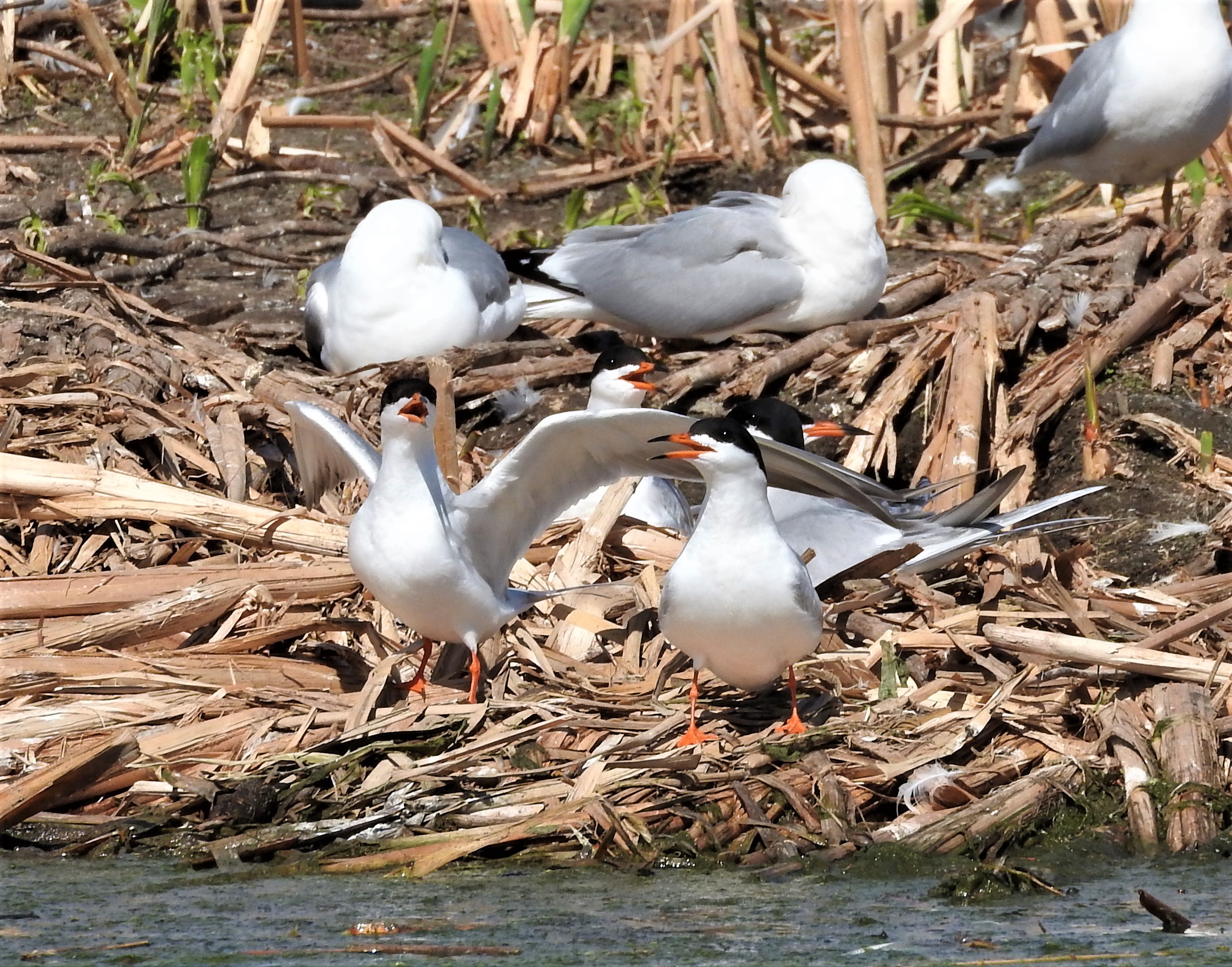 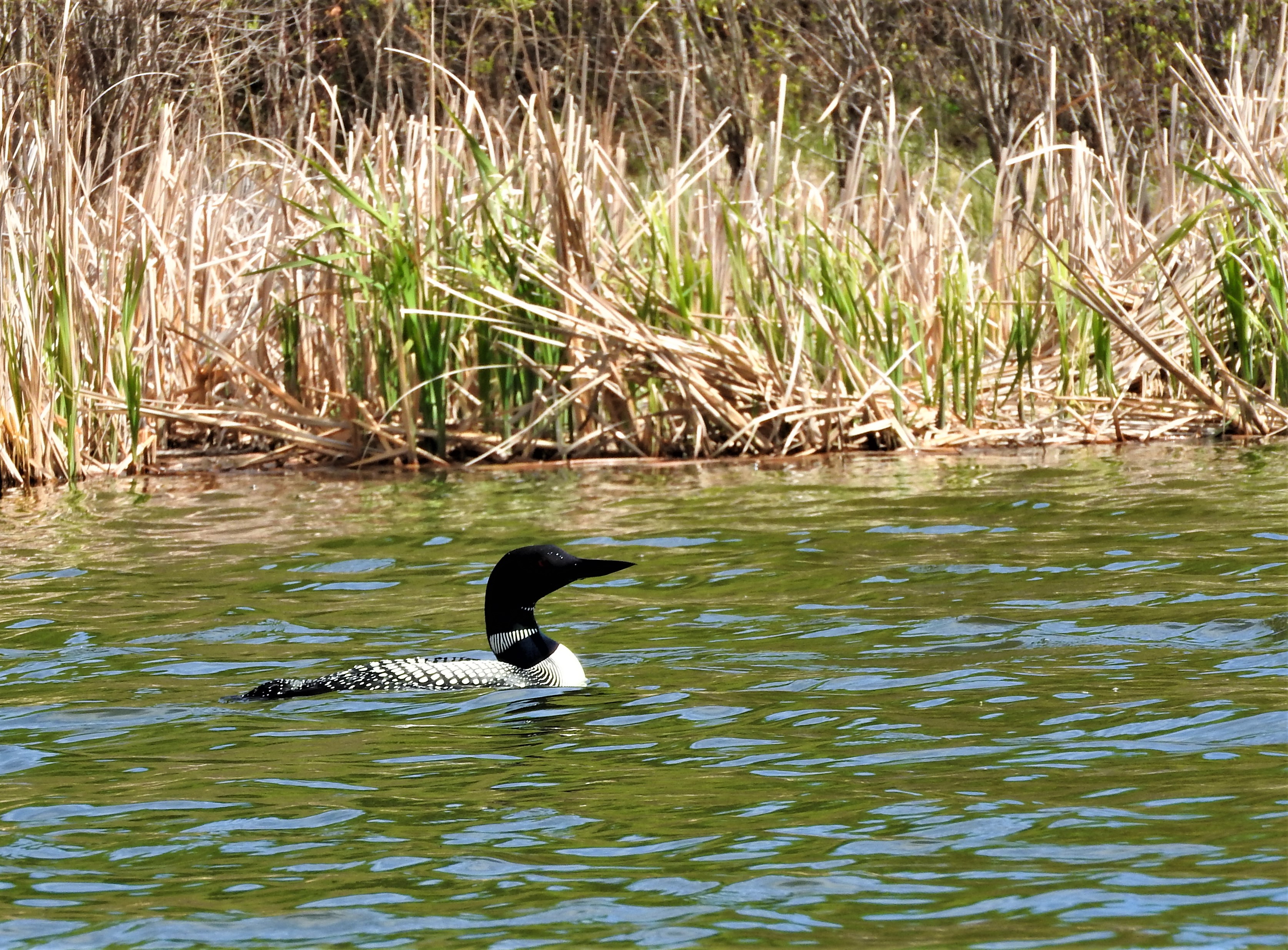 Over the last few years Alberta Conservation Association in conjunction with partners have installed a winter aeration system and are again actively stocking the lake. The fisherpeople have returned and the park is a popular recreation spot despite the stranded beach. Only hand-launch is available for boats. It seems to me that the lower water level has shifted the bio-life balance; I haven’t seen signs of active beaver and, perhaps related to that, there seem to be fewer grebes and grebe nests, and perhaps fewer ducks and geese BUT gulls, terns, pelicans and more are thriving. If you are a photographer, take your camera! 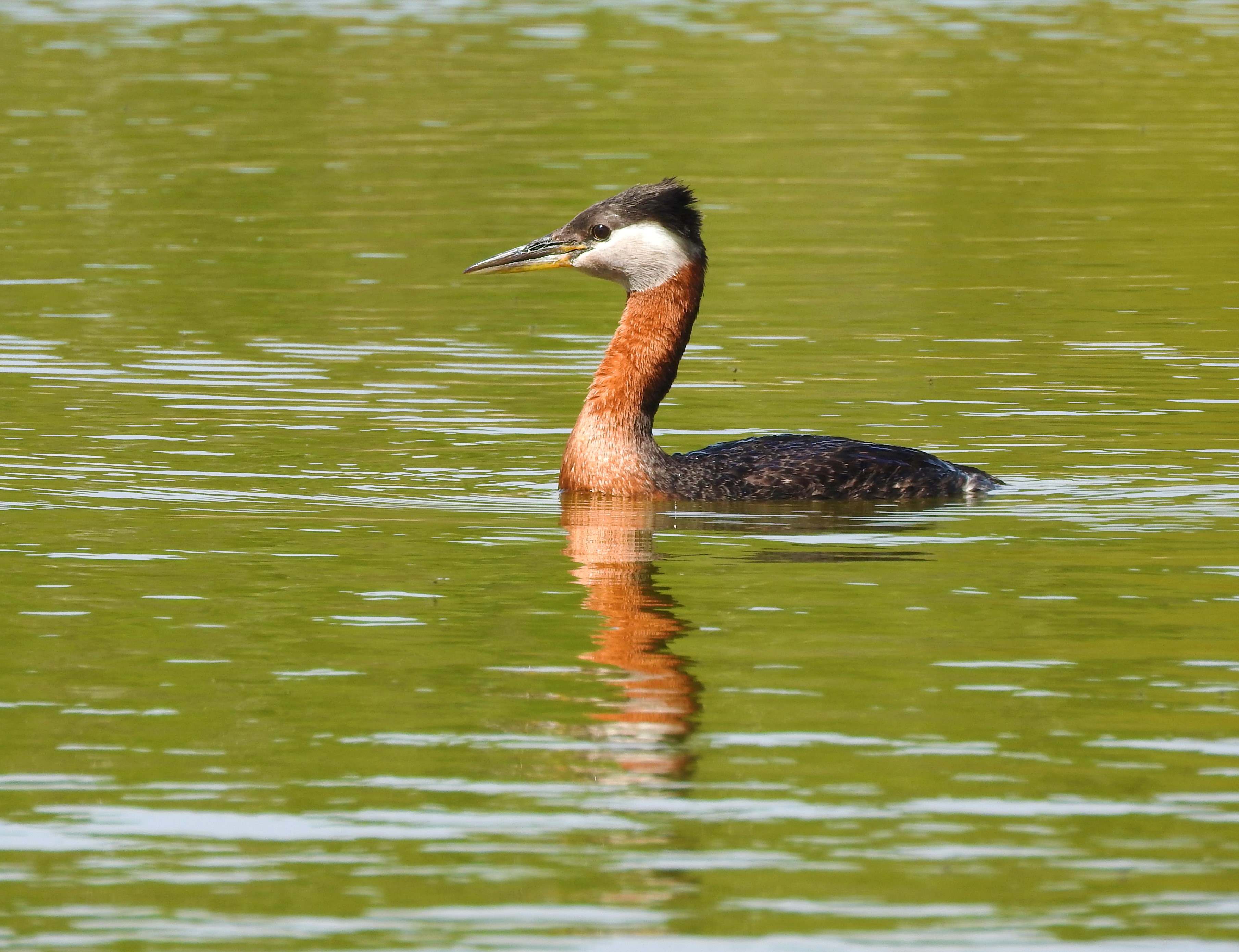 *Hasse is one of a number of small lakes east of Wabamun lake; others are Mayatan, Johnny’s, Jackfish, Spring and more smaller. I think that they are spring-fed or groundwater-controlled but don’t have specific information on this.

NB. The photos provided with this report were taken earlier this year at Hasse.