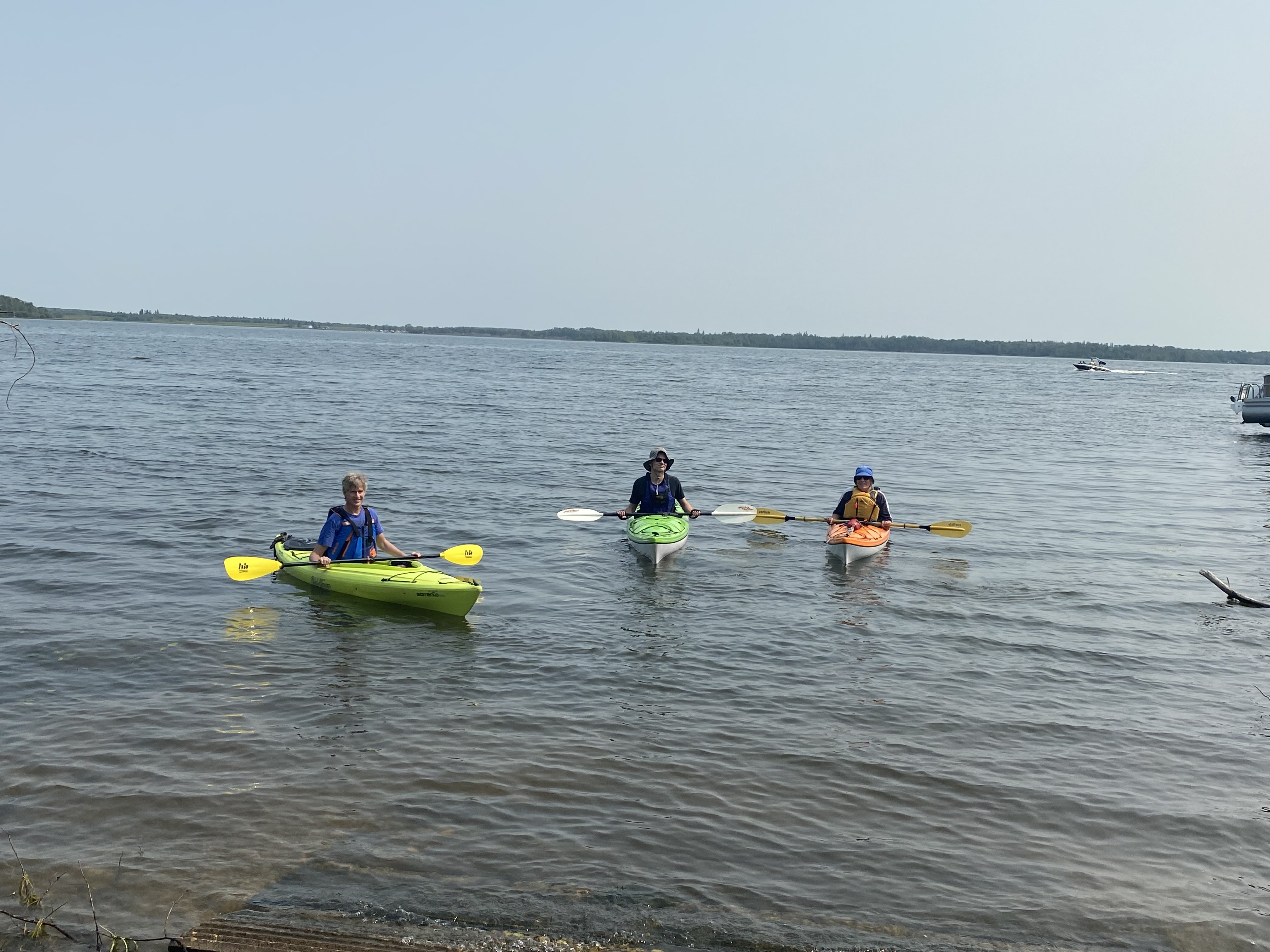 We met at the south end of Lac La Nonne, on the Lac La Nonne road, near Kildeer Beach at 10 am. There were 4 of us, Donna M, Sean M, Ben C and Kathleen E. None of us had been to Lac La Nonne before. The Lake is an alternating mix of wilderness and intense cottage/RV development as you paddle around it. Motor boats are allowed and while there were not many in the morning, it was a hot day and by mid afternoon lots and lots of various motor craft had come out to play. The lake is about 7 km long, so we headed off along the west shore intending to do a loop.

We paddled for 1.5 hours and there are not many places to land as the shore is either reeds or privately owned. We ended up at the Chrystyna Public Boat Launch, hauling our kayaks along the side of the concrete boat ramp and hoping nobody wanted to use the launch while we were there. We found a shady spot and ate lunch along the road. All morning the wind had been at our back, angled SE, which is the lie of the lake as well. Occasional swells moved us along as we paddled. Now however, we needed to cross the lake to paddle back along the east shore. We were in the full sweep of the wind at this point. The waves were not white-capping, but the swells were big and we just angled into them and paddled hard. Wind being wind, we never found a way to head back to the put in without heading straight into the wind.

We had intended to stop again at one of the public beaches on the east shore, but they were in large bays and we didn’t have the energy to paddle into and back out of the bay. We just cut across the bays and kept paddling into the wind. The waves from the motor boats just added interest to the wave patterns! 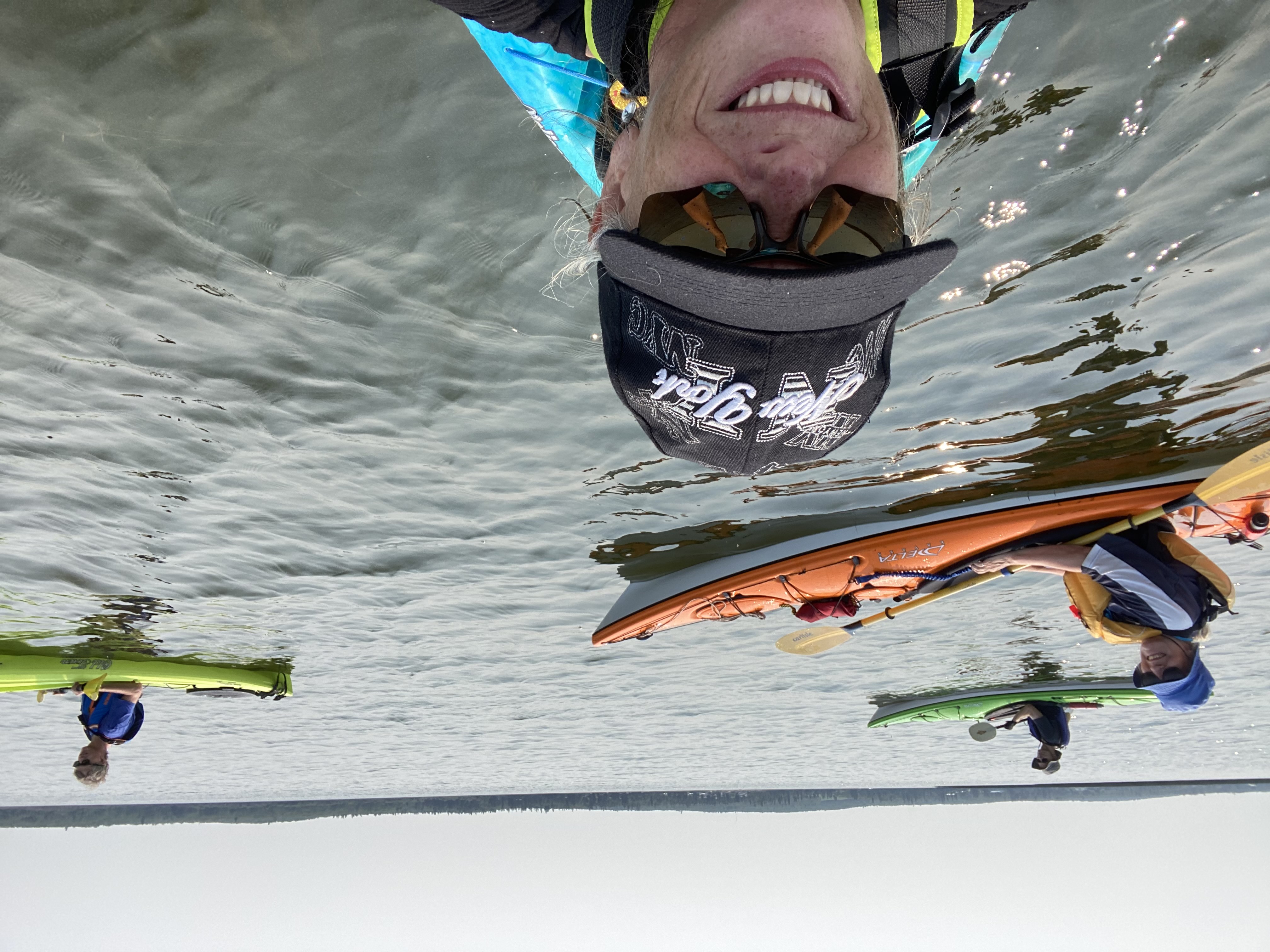 It took us a solid 2 hours to paddle back up the lake, after only 1.5 hours to paddle down. It was a good workout!! Winds were 7 km/h in the morning, increasing to about 15 km/h in the afternoon, so not really high. It was just the typical scenario of waves building as the wind swept along the lake. It was a good day and interesting learning about the area. Lac La Nonne is not a big lake, but it was a fun day trip. There is only one island and its more of a sand bar covered in reeds. The put in definitely had a blue-green algae bloom. But the rest of the lake was clearer and nice for paddling.