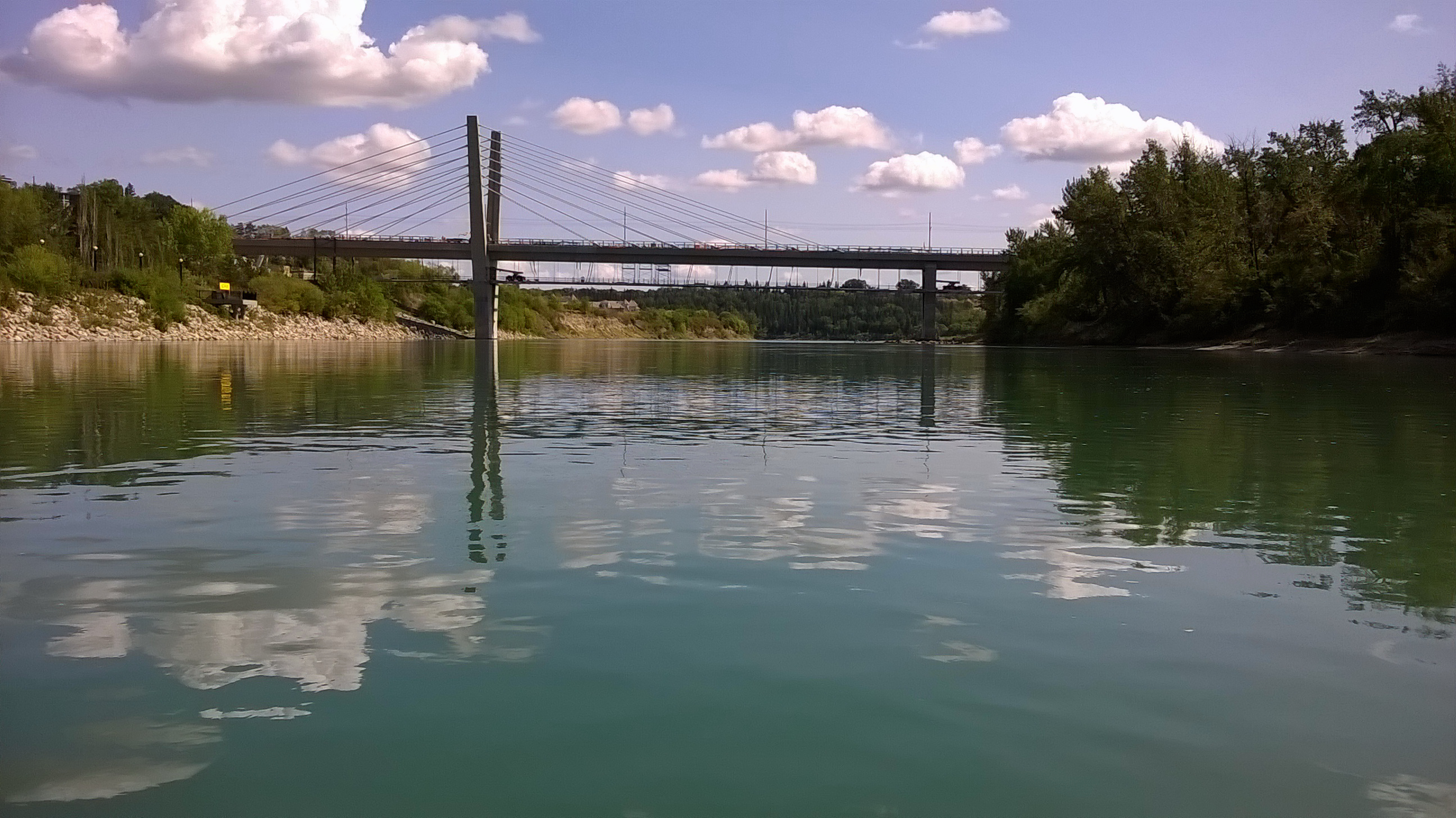 The scheduled trip from 50th Street to Fort Saskatchewan was changed to Terwillegar Park to 50th Street due to several factors. The forecast was mainly sunny, 19 C. We were Arleen D. and Paul B. in kayaks. We wheeled our boats from the Terwillegar parking lot to the river (350 m) and ran the gauntlet of exuberant dogs. Not for the first time a wet dog emerged from the river, ran up to us and had a good shake, much to the delight of the dog owner. The launch site has been eroded over the past few years and is steep in most areas. We launched into a very light head wind. 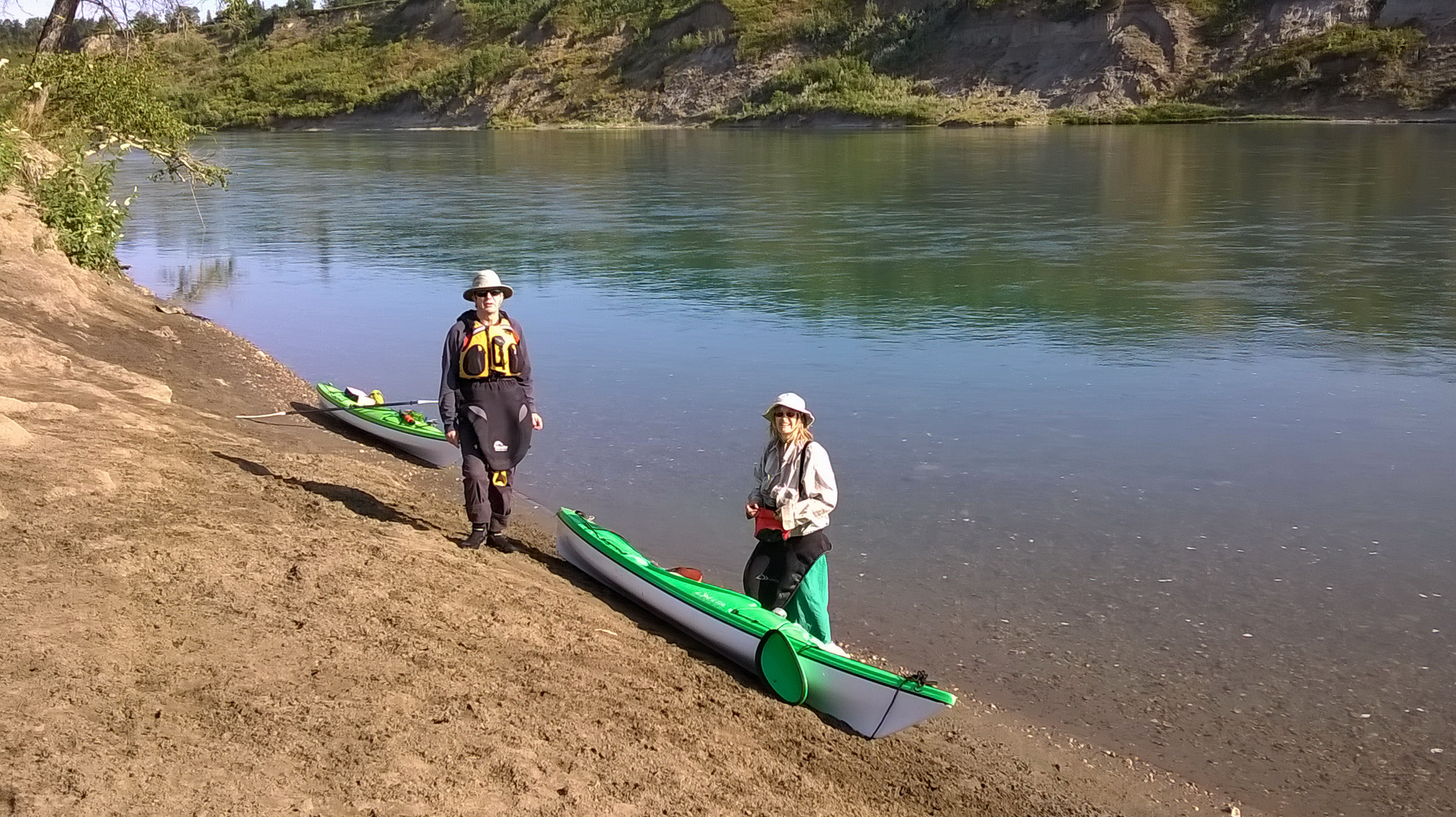 There was the usual activity around the boat launch at Laurier Park, although no power boats were seen. The Edmonton Rowing Club area was particularly busy with many rowers out enjoying the water. As we passed the boat launch at Hawrelak Park the reported floating dock was not there. A little further downstream we had a visit from two policemen on Sea-doos who did a compliance check and all was well. 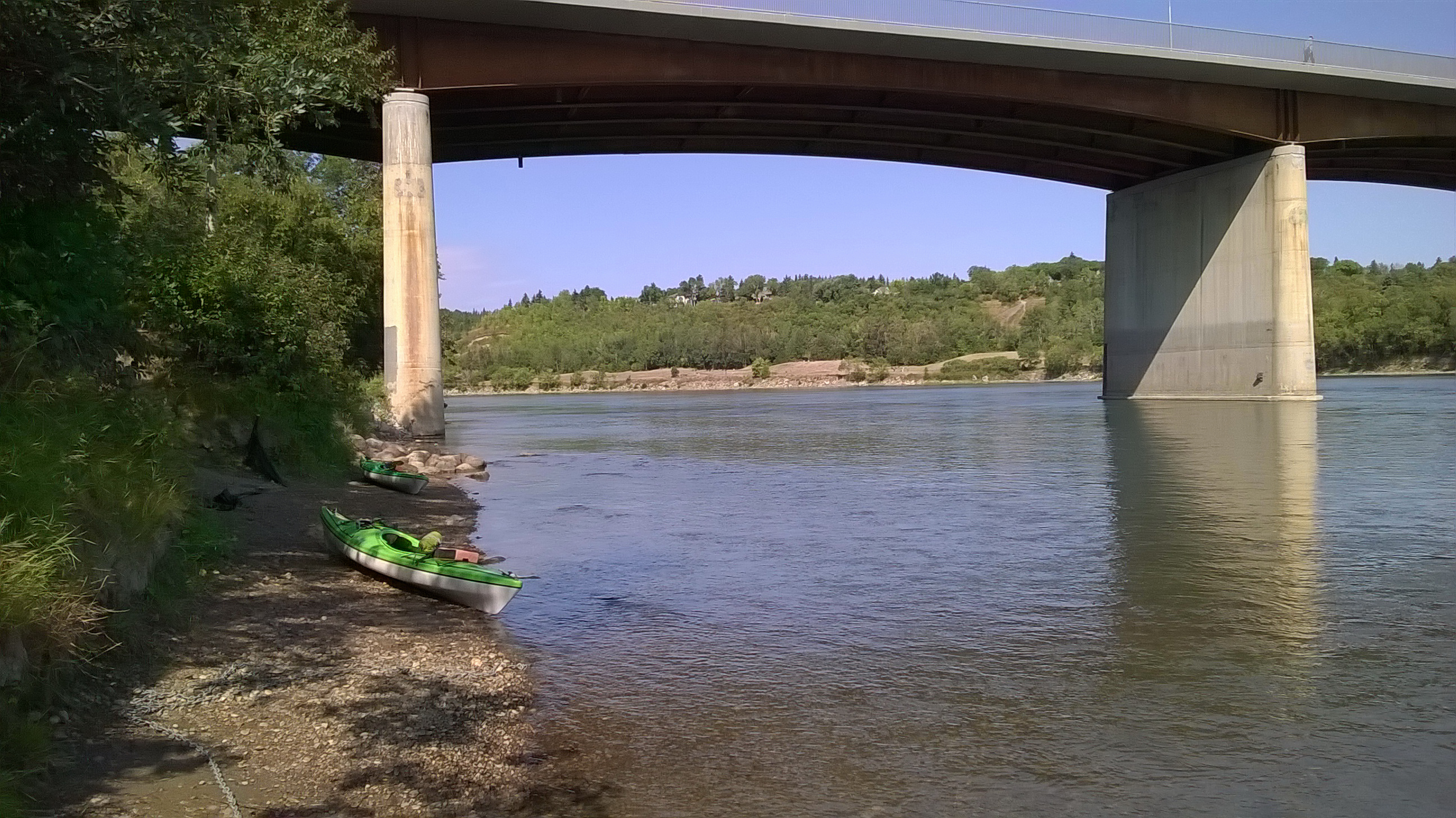 We stopped for lunch at the Emily Murphy boat launch (at 10.9 km) and the floating dock had also been removed from the water. The beach was small but probably large enough for about 10 kayaks/canoes. After a relaxed lunch break we were back on the water and continued with our unhurried pace. We saw a couple of large birds, probably eagles, several ducks and a few fellow paddlers, but only one power boat. We continued under the bridges of Edmonton including the almost completed LRT bridge that connects Downtown to Millwoods. 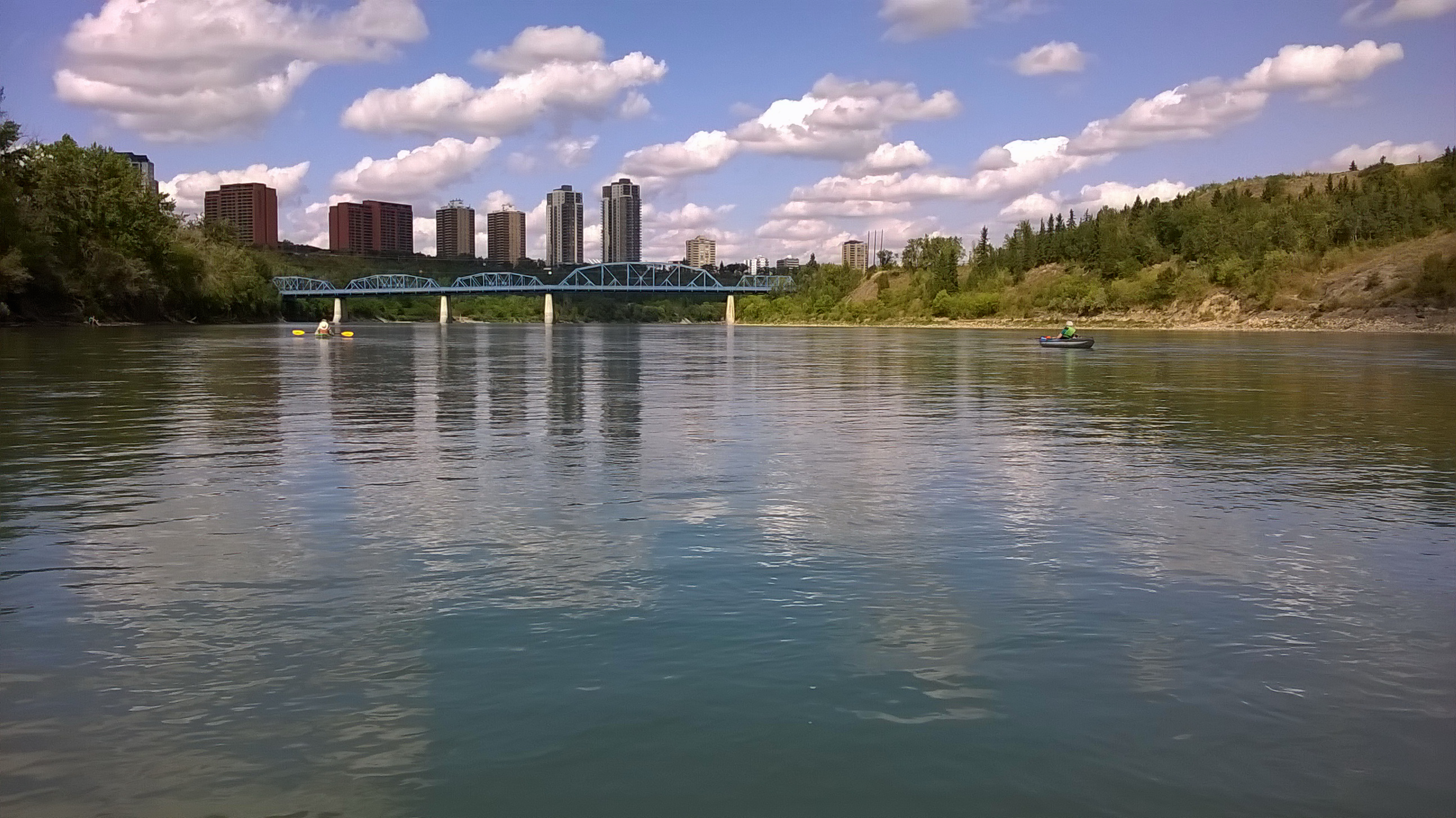 The trip was mainly uneventful, relaxing and the weather agreeable. Our 22.4 km journey took us 175 minutes of paddling with the North Saskatchewan River flowing at 232-218 CM/S. We landed at Capilano Park/50th Street boat launch and were met by Cathy C. who was our shuttle driver; many thanks to her.