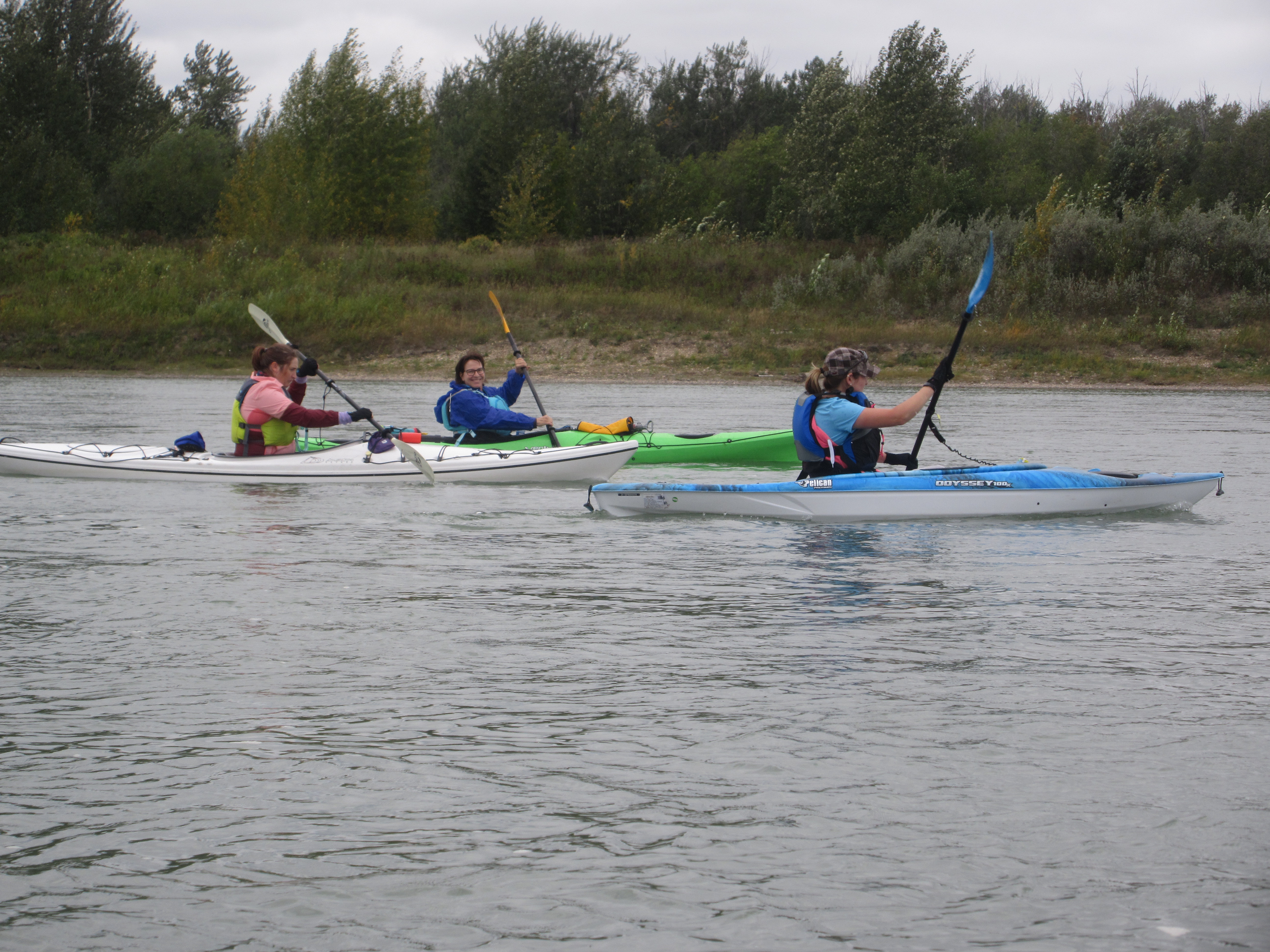 We launched at the Devon Voyageur Park under cloudy skies with the sun attempting to break through. We were 14 strong, all in kayaks: Donna, Mike E. (up from Calgary), Karyn, Denise, Arleen D., Theresa, Susan O., Kim, Gayleen, Jacqui, Anita, Carolyn, Cathryn and Paul B. 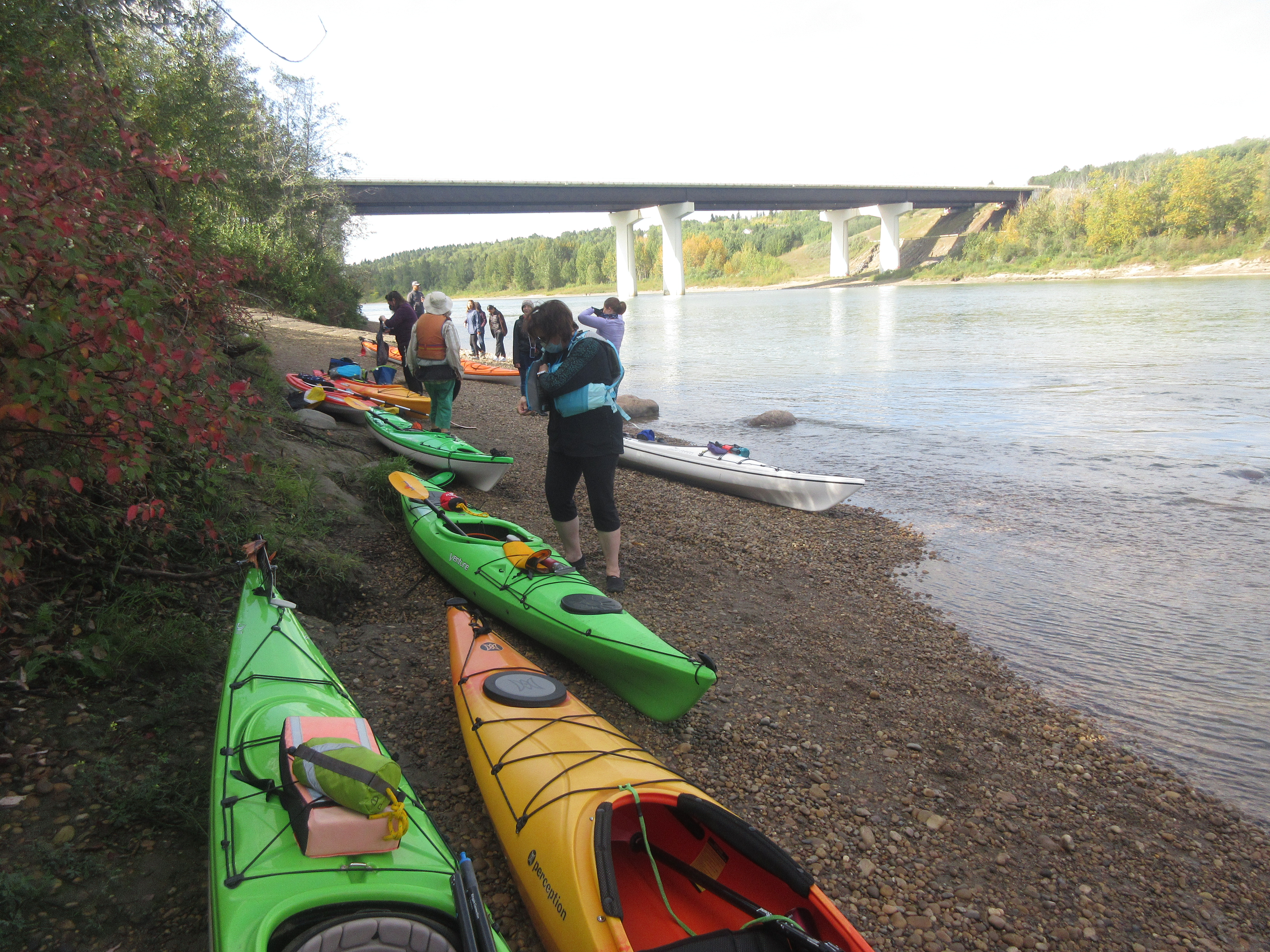 The boat launch was busy as usual with canoe and kayak rental companies doing a brisk trade. The river was running at 243 CM/S and there was a light breeze. After paddling for about 50 minutes we made our first stop on an island 7 km from the put-in. The wind had increased and many of us put on jackets and extra layers. We had our lunch break on the low beach which is at the west end of the island. 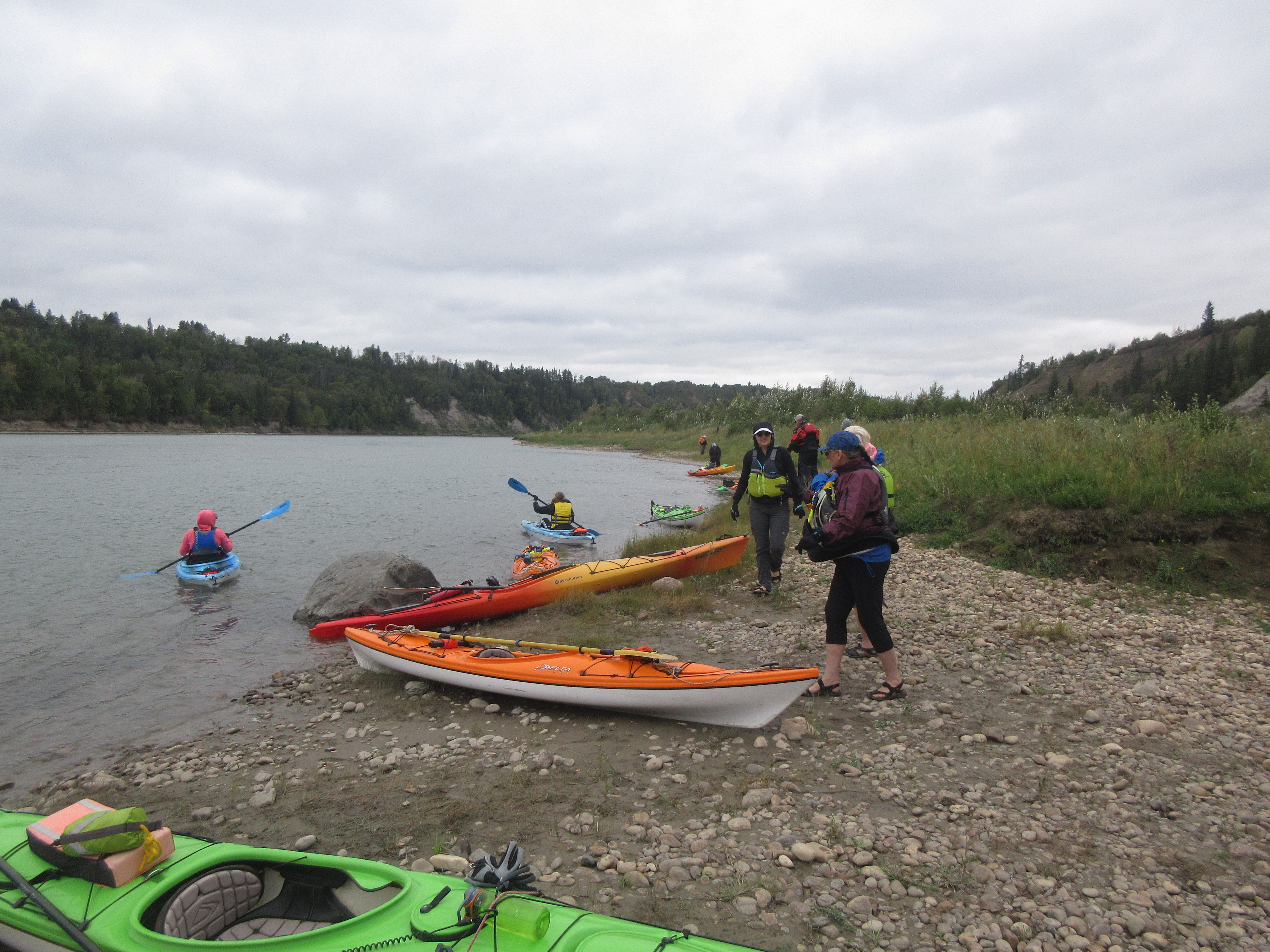 As we left the island we saw the white domes and tents of the glamping company on the eastern end of the island partially hidden in the trees. This part of the river can be low and paddlers have run aground on some previous trips, but today we had enough water.

Four kilometers downstream we passed Blackhawk Golf Club and saw two horses and riders at the edge of the river. The sky was full of clouds, some very dark, but the rain held off. The group was spread out on the river and everyone was paddling well.

Twenty kilometers into the journey we came upon the Anthony Henday Bridge; it appears there is construction under the bridge on the north bank. Access looks limited and not straightforward. 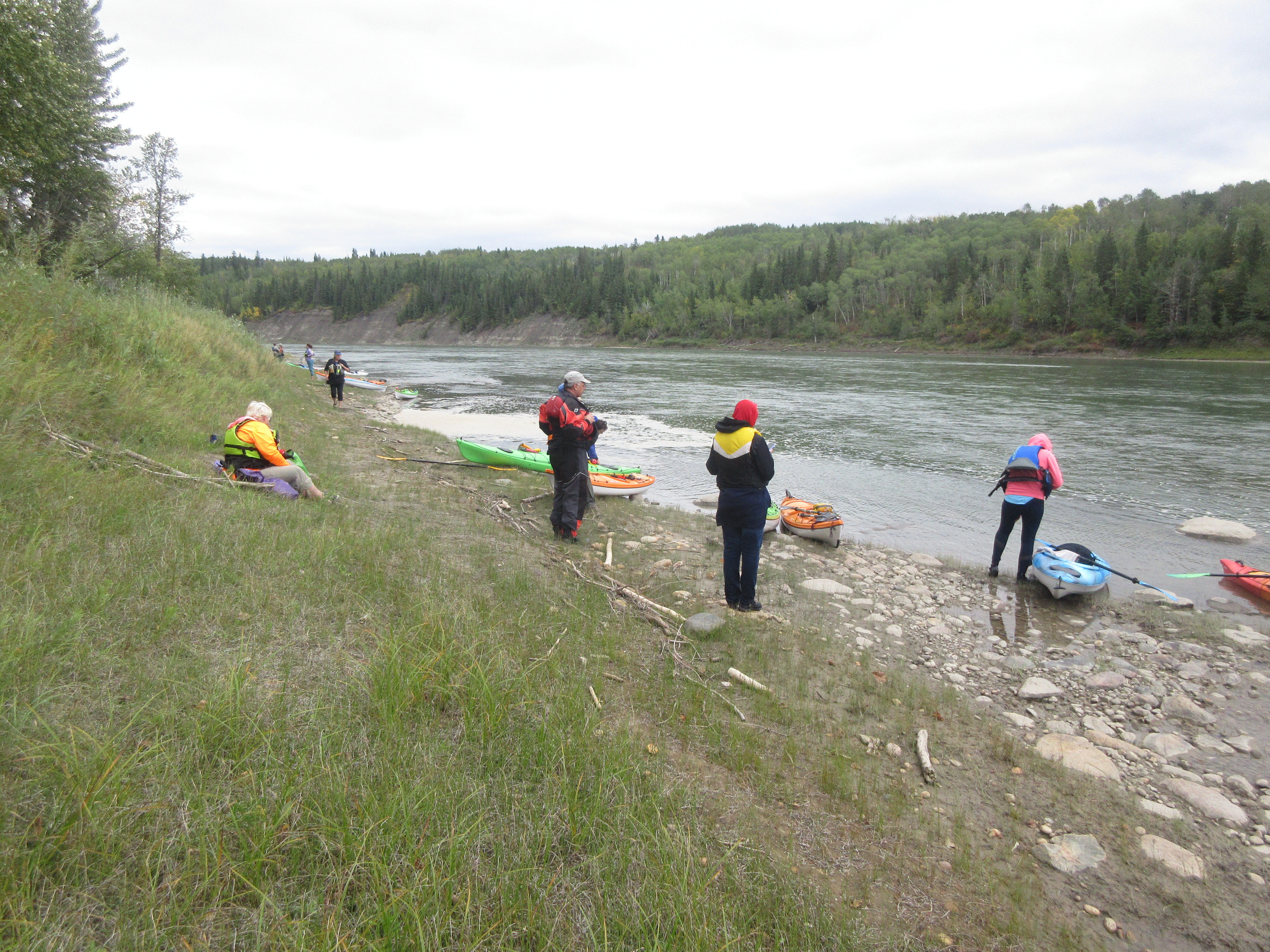 Half a kilometer down from the bridge we had our second stop and out came more sandwiches and snacks. We neared Terwillegar Park and the usual gaggle of dogs was jumping in the river.

We landed at our destination, the boat launch at Laurier Park, which was busy with other paddlers and power boats. By now the river was running at 218 CM/S; we were on the river for about 265 minutes, 33 km of paddling. An enjoyable journey with no rain.

Special thanks to Sergio, Denise, Cathy C., Karyn and Doug for shuttling services.