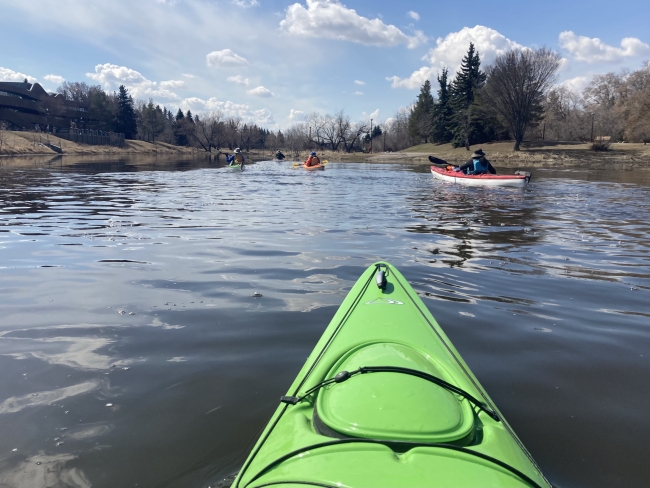 This was the first official NWV club trip of the 2022 season. We launched at Riel Recreation Park; the river was in the typical early season flood with the temperature about 4 C, and there was no wind. The river bank was muddy with some partially frozen areas. We were Donna, Ben, Doug, Leila and Paul B. all in kayaks.

There seemed to be very little downstream current, but we made good time as we paddled towards downtown St. Albert. The warmed weather brought out many paddlers and during the trip we encountered quite a few. 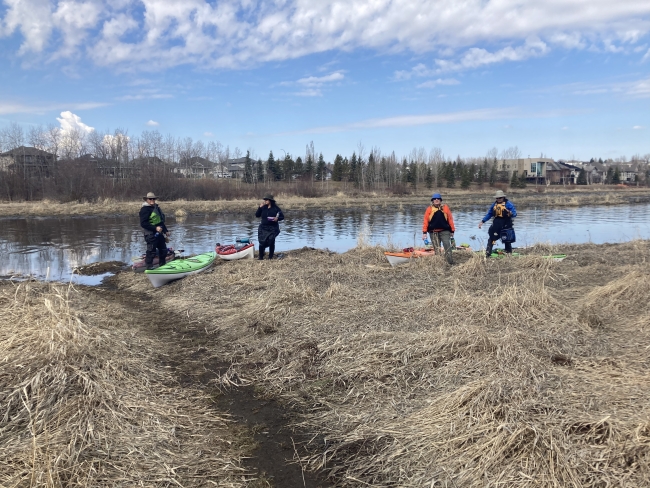 Wildlife was up and down the river, we saw many birds; Canada geese, water fowl and several herons which took flight as we approached. On one steep bank we spied a coyote, which appeared to have an injured hind leg. It limped into the cover of the sparse bush and disappeared. The condos and houses adjacent to the river provided further entertainment; what would it be like living there? 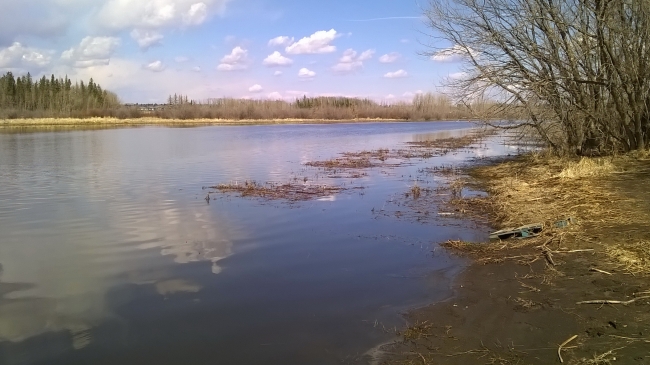 After 45 minutes we were in the Kingswood area and we found a suitable landing spot, we all managed to scramble ashore without getting wet feet. This point is about 6 kilometers down river from the put in. A picnic table in Red Willow Park was found and after lunch we took advantage of the facilities in Kingswood Park for a comfort break. 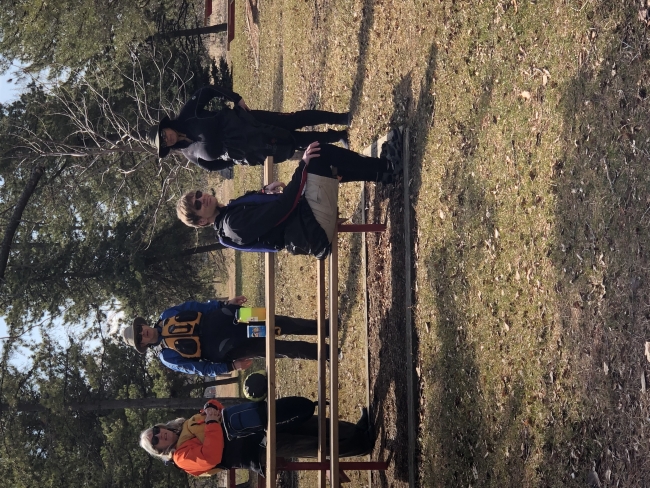 The return journey up stream was slower than our first leg, showing that the river was actually flowing faster than we had thought. By now the temperature was 14 C. The upstream paddle was uneventful except it highlighted that some of us had let their fitness level fall during the winter months. The beaver lodge that is about one kilometer downstream from the put in is now home to a Canada goose nest. We all landed safely and another pleasant relaxed early season trip was over. Total distance paddled 12.3 km, paddling time 150 minutes. Thanks to Ben, Doug and Paul B. for photos.