Isle Lake is in Parkland County; it is about 13 km long with a maximum width of 2 km. We launched from Kokomoko Recreation Area and headed out of the bay towards two islands. We were Stephanie, Rob, Frank, Ted, Sylvia, Leila, Ben, Denise and Paul B., all in kayaks. There was essentially no wind, with any waves coming from the few power boats that were far away from us. We passed the islands and noticed they were ringed with reeds; there were probably places to land but we continued northwest and then changed course to northeast. 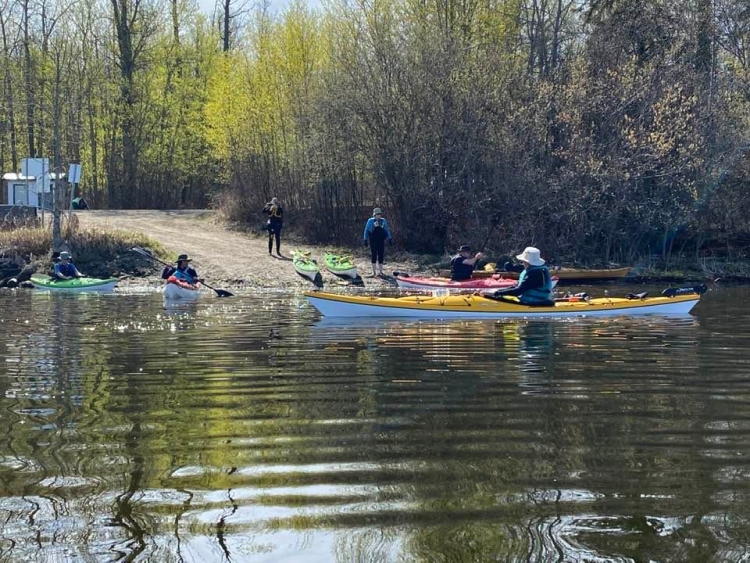 We paddled towards another island and were right in the centre of the lake. Ben guided us in to a landing spot on the island; by now we had paddled for 78 minutes. As we emerged from the boats several birds took flight and surprised us. We had some even ground to use as a lunch spot and enjoyed the sunshine and company. There were some mosquitoes but they didn’t bother us.

After 40 minutes we were back on the water and continued our clockwise direction around the island; there were several anglers on motor boats. We then headed to the east shore and changed direction to southwest and followed the land. The shore has many buildings, houses and structures housing watercraft. The temperature slowly increased and got up to 23 C, with a few more clouds than when we launched. We got to the put in and Leila decided to stop paddling, Ben helped her with the kayak. 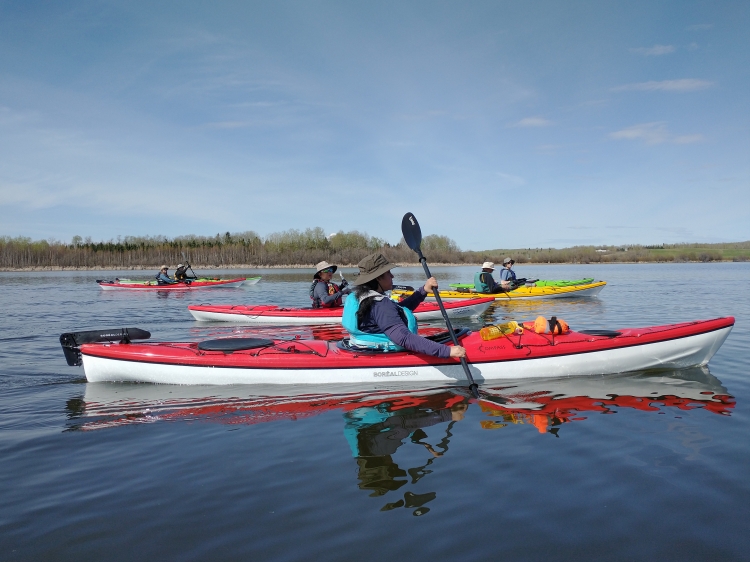 We were off again and we had a relaxed paddle towards Gainford. After floating a bit we decided to head back to the put in and finally landed at Kokomoko. The trip was 13.9 km and a paddling time of 3 hours 28 minutes. This was another pleasant NWV trip, which was helped by the sunshine and lack of wind.