Well, this trip is becoming an annual early-season lake paddle. In 2019, we were there on 11 May, when the leaves seemed to open on the trees in the few hours that we were paddling. Of course, 2020 had no trips due to early Covid restrictions, so 2021 had twice the usual number of participants. This time, we had a more normal contingent of 7 people, all in kayaks.

We met at the staging area at 10 AM in pleasant conditions of about 13 C and light NNE winds under mainly sunny skies with light cloud cover. Like last year, the water was high. (This has been a general trend in most Alberta lakes, which are higher than they’ve been in 40 years.) At the put-in, the water was almost up to the picnic table, with little foreshore.

As per usual, we paddled up the east side of the large island and headed to the bays at the north end of the lake and were able to easily paddle through the marshy areas that were too choked with submerged vegetation to paddle through in 2019. 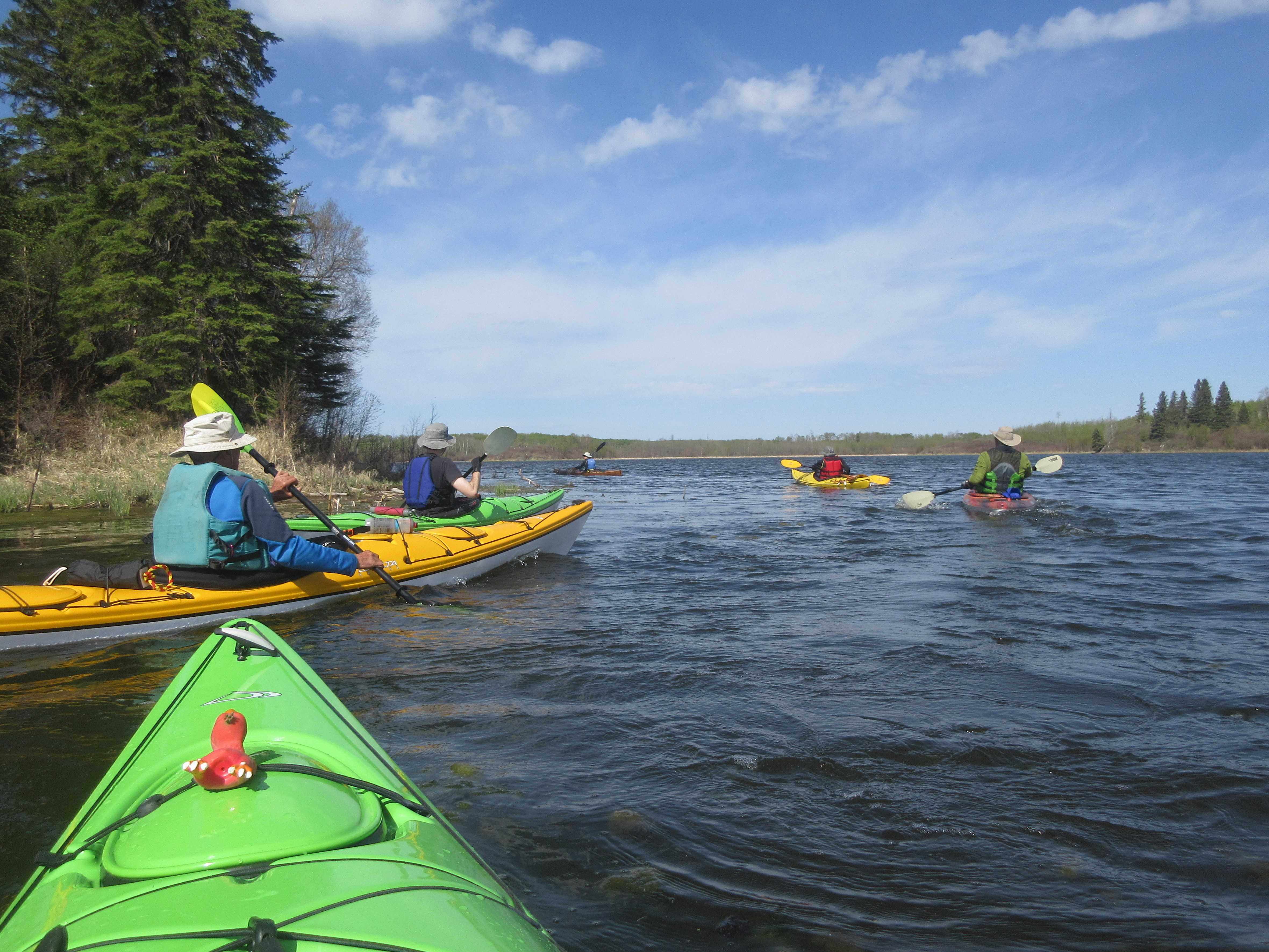 Most of the deciduous trees had already leafed out, so spring was definitely in the air, especially as the day warmed up to about 19 C. In the marsh, though, the cattail were still only showing the dead stalks of last-year’s growth, making it all the easier to spot the old muskrat houses. But after the brutally cold temperatures that we had last December and January, not many of those houses showed much recent activity, and there were few ‘rats to be seen this spring.

We made our way south along the west shore and into the south bay where there is an old weir at the outlet. Along the way, we were treated to the incessant crying and flitting of a parade of Franklin’s gulls as they swooped the water to pick up insects. Of course, there were also the usual ducks, grebes and a couple of loons.

After about two hours of leisurely paddling, we repaired to the picnic area at the parking lot, where we ate lunch before calling it another fine day at Islet Lake.

Note: Only a couple of weeks later, the lake had significant growth of blue-green algae at the put-in, so always make sure to paddle it at least once in early season.