On the second day of our 3-day tour of Jasper National Park, we paddled Talbot Lake. It was a logical choice because three of our crew were heading back to Edmonton that day, so Talbot put them on their way – being near the east end of the Park along Highway 16.

Many people give Talbot Lake a pass because it looks like a slough and is close to the highway. Indeed, it does have lots of northern pike (slough sharks), but it’s isolated from Jasper Lake (a widening of the Athabasca River) by the sand dunes and the highway, so it doesn’t get any silty Athabasca water. It also doesn’t receive any water from glaciers, so it’s very clear. The lake is mostly spring fed but gets some streamflow, primarily from Cinquefoil and Butterwort Creeks on the far side. Most of it is less than 2 m deep, showing a clean, white bottom. Clear…cool…water. 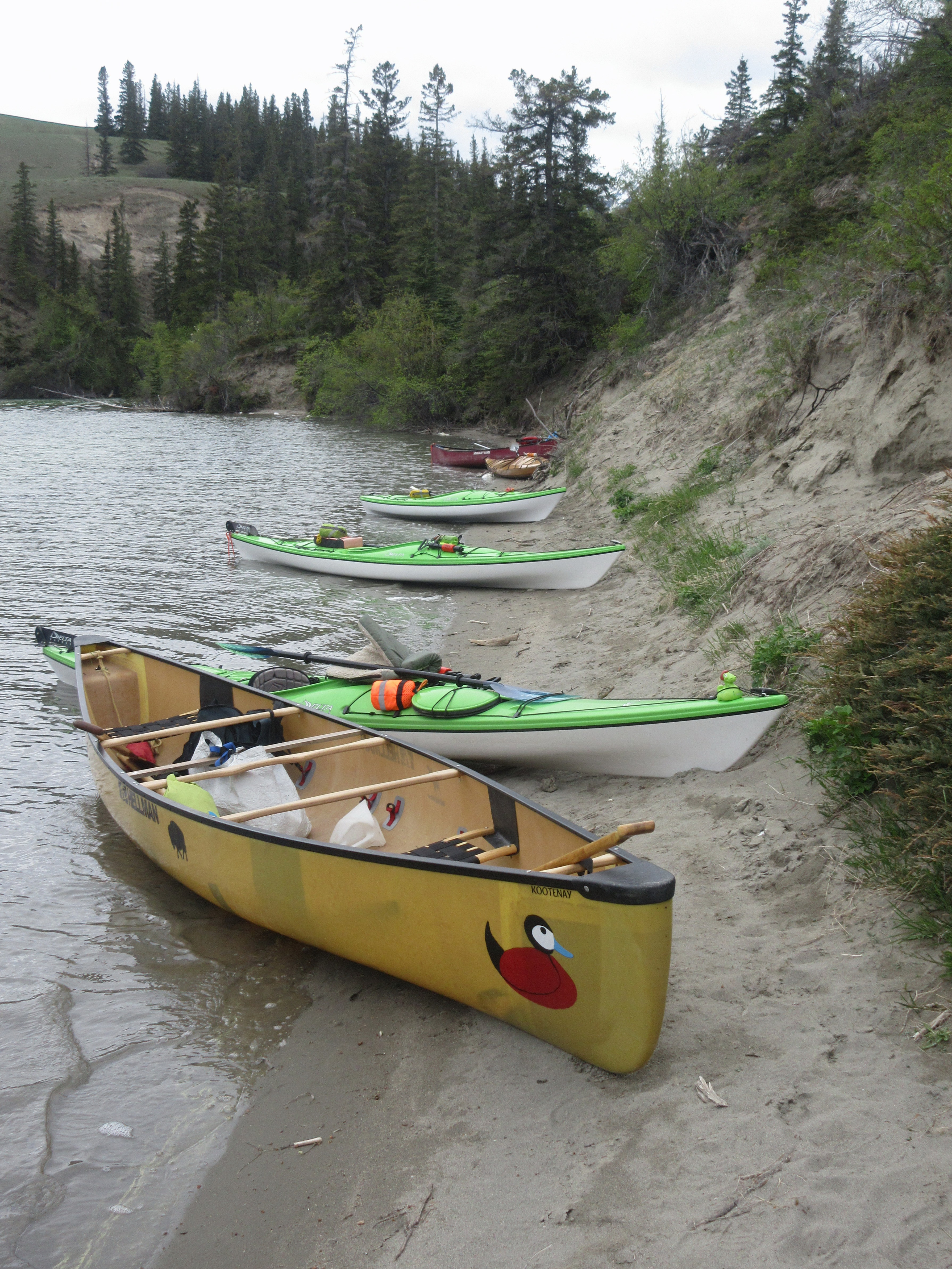 The weather was quite acceptable: cloudy, no precipitation, an afternoon high of about 15 C, and a moderate breeze from the NNE. Quite pleasant for late May. The late spring was clearly evident in the low snow line on the nearby hills.

The NW (highway) side of the lake is dominated by sand dunes and weedy shallows that are good for pike. The SE (far) side has steep sides from fire-scarred Syncline Ridge and the northern flank of Cinquefoil Mountain; it also shows several large patches of aquatic Equisetum (horsetail), which is good cover for nesting waterfowl and sneaky black bears.

We did a clockwise circuit of the lake, pausing in the sheltered bay of Cinquefoil Creek on the far side. It’s amazing how quiet it is over there compared to the noisy put-in at the highway. We then skirted the SW end by tracking directly across the large, windy bay as we were anxious to find a lunch spot. The sand dunes on the shore did not disappoint: They gave us a soft, sheltered location with a good shield from the highway noise. 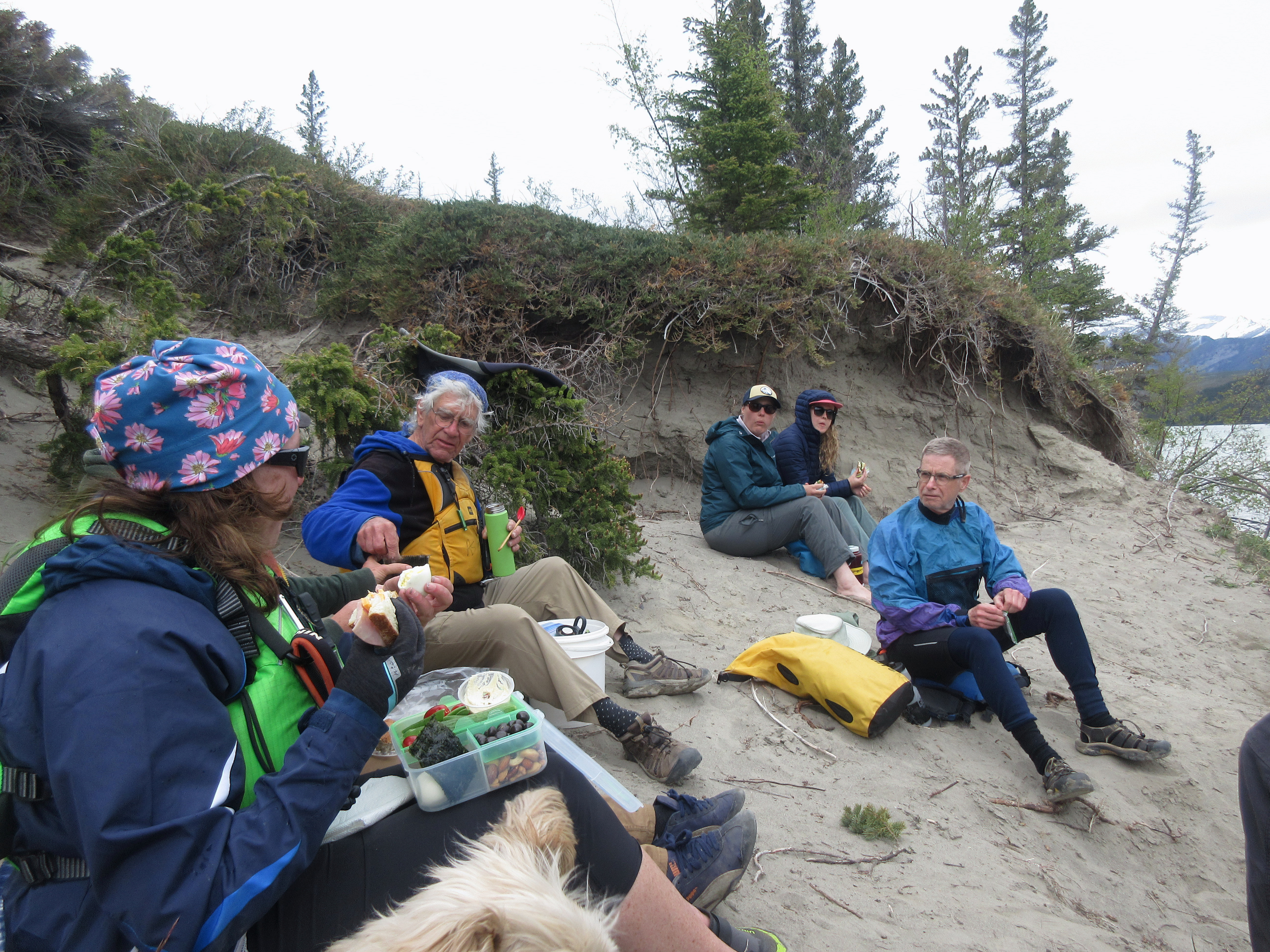 As we snuck up the NW shore in the lee of the sand dunes, heading back to our put-in, we often found very old spruce trees that were collapsing or had fallen into the water from remnant islands or old river banks of days long ago. Along with “The Crater” in the middle of the lake, which is the location for the largest of the springs, this lake has a lot to offer explorers on a lazy day.

We covered 10 km in just over 3 ½ hours. Most of our paddlers left the lake then, but two decided to reconnoiter the smaller northern bay of the lake. It turned out to be very shallow, clear water with lots of emergent vegetation ringing the shoreline. Not so exciting, that part. Stick to the main lake. 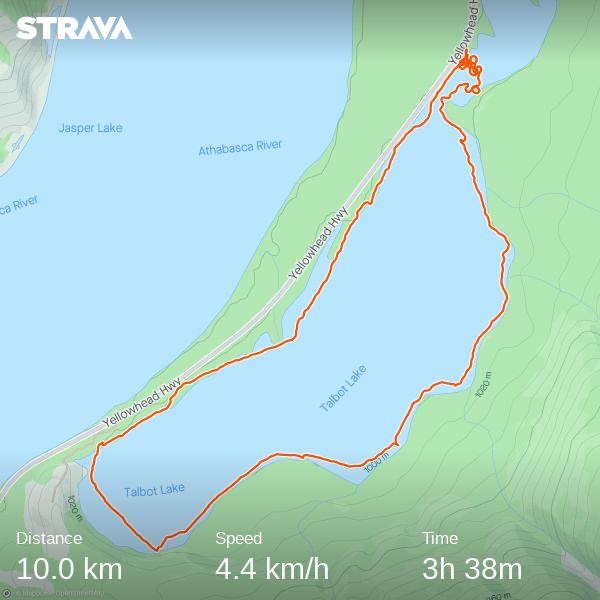