Astotin Lake in Elk Island National Park is always nice to paddle in early season, especially if you get to the parking lot before most of the weekend day trippers arrive. We were there before the planned meeting time of 9:30 and were on the water by 10. “We” in this case included Frank, Greg, and Brian in two kayak and a one canoe. 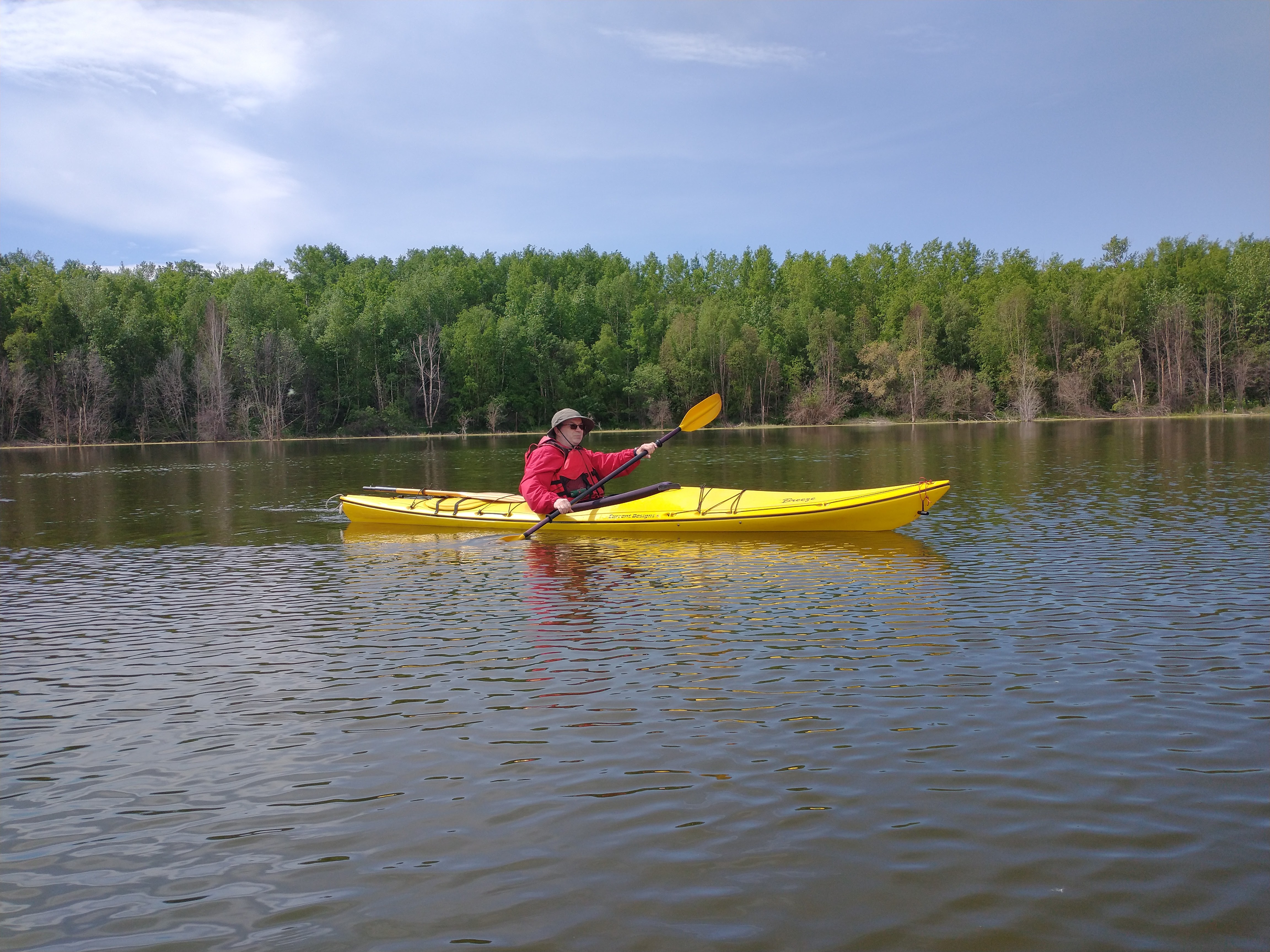 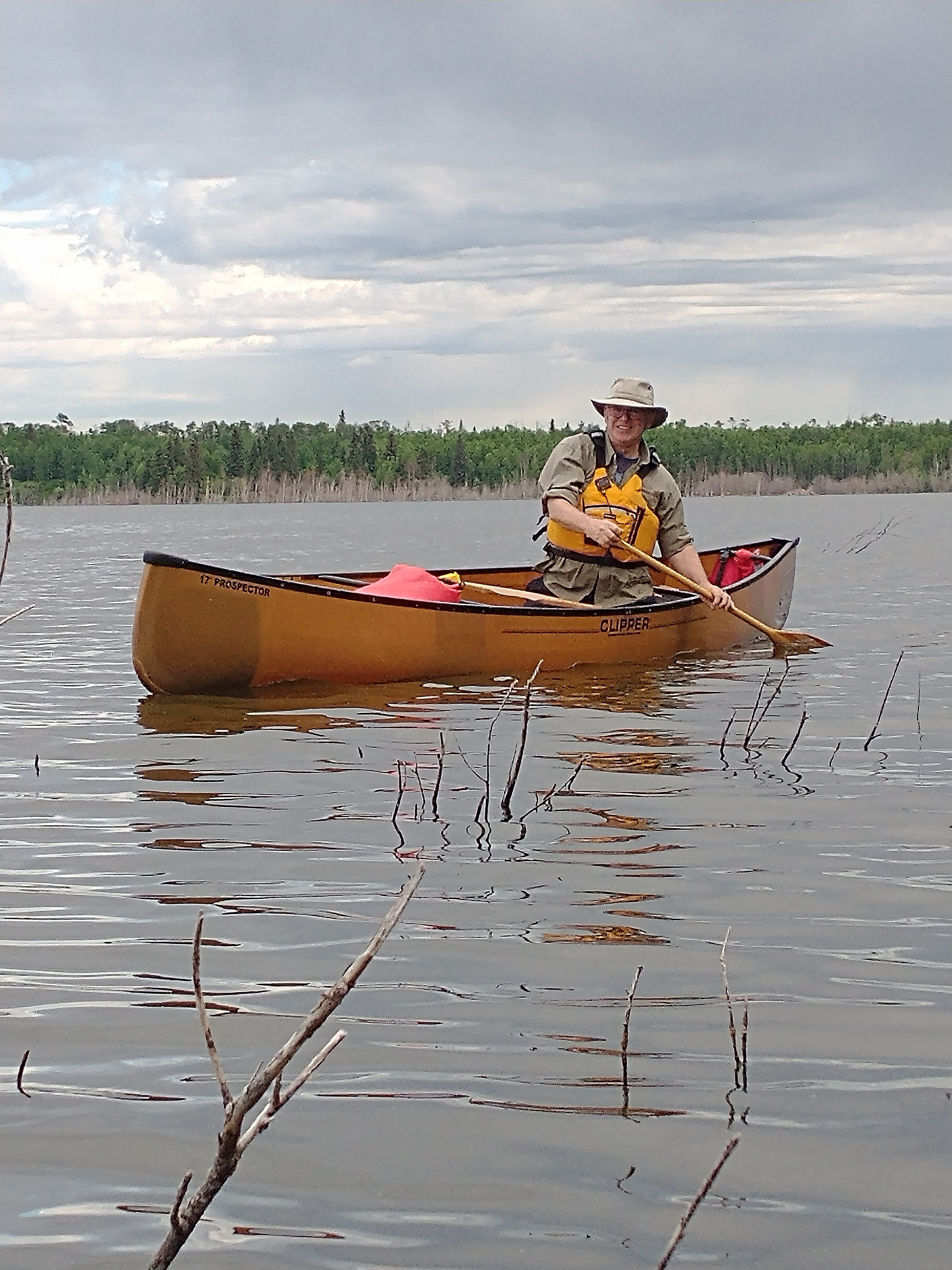 The air temperature went from about 18 C when we started to 23 by mid afternoon. The NE wind was light, which made paddling much easier for our solo canoeist. Light cloud cover kept us from getting too hot, but it was basically a sunny day.

We did a clockwise rotation, starting from the beach, then going past the golf course and peninsula of Elk “Island” which is no longer an island. The high water levels on the lake were pretty obvious with all the flooded birches along the shore, so finding a spot to land in an emergency would have been difficult. The large bay at the south end of the lake used to be choked with pondweeds and surrounded by cattails and coot habitat, but now it’s clear sailing – or paddling, in this case. 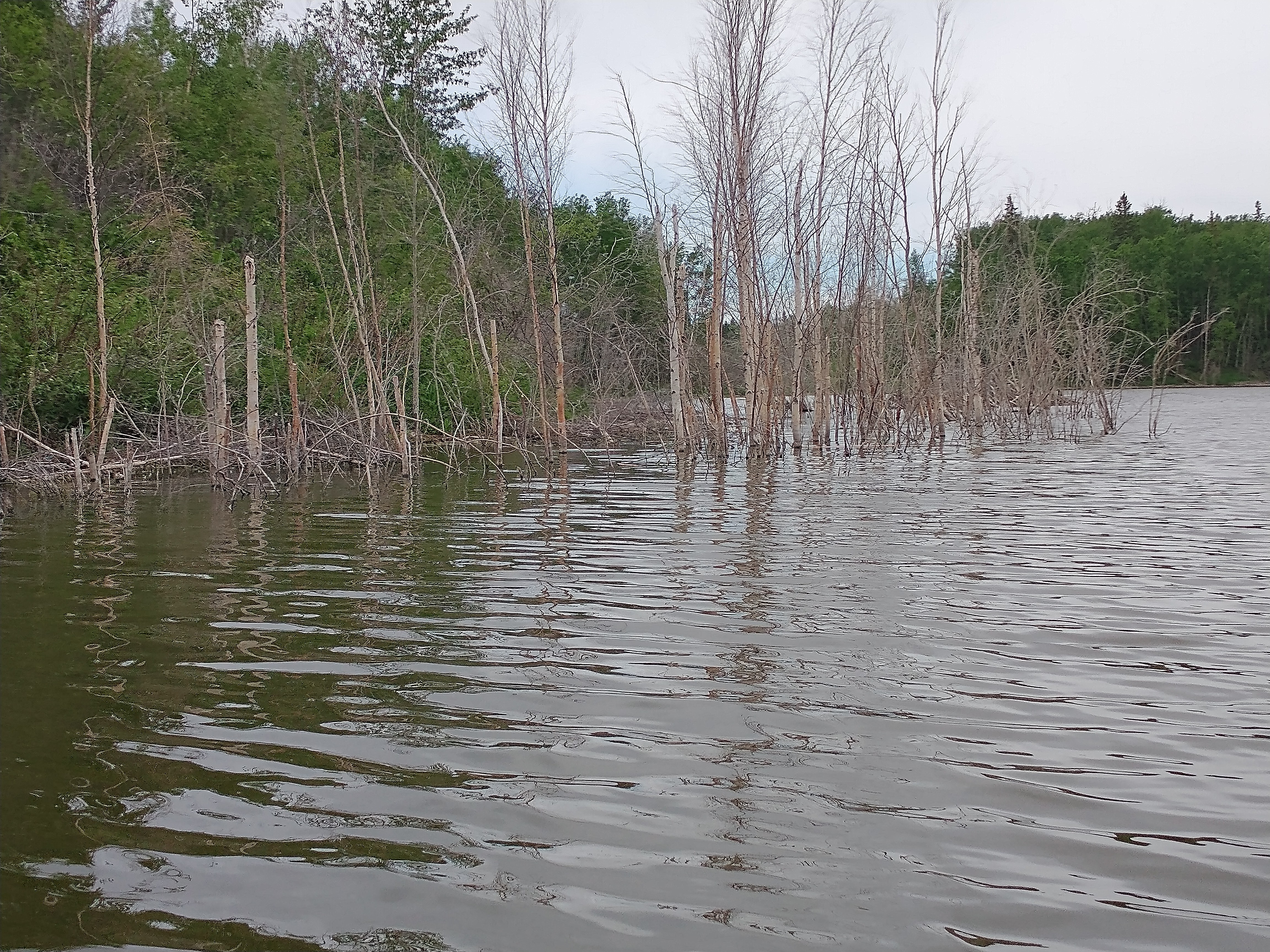 We made a good passage through that bay, then rounded the large island on the north and headed back to the beach where we managed to snag the last remaining picnic table for a lunch before heading home. All in all, it was a good day.