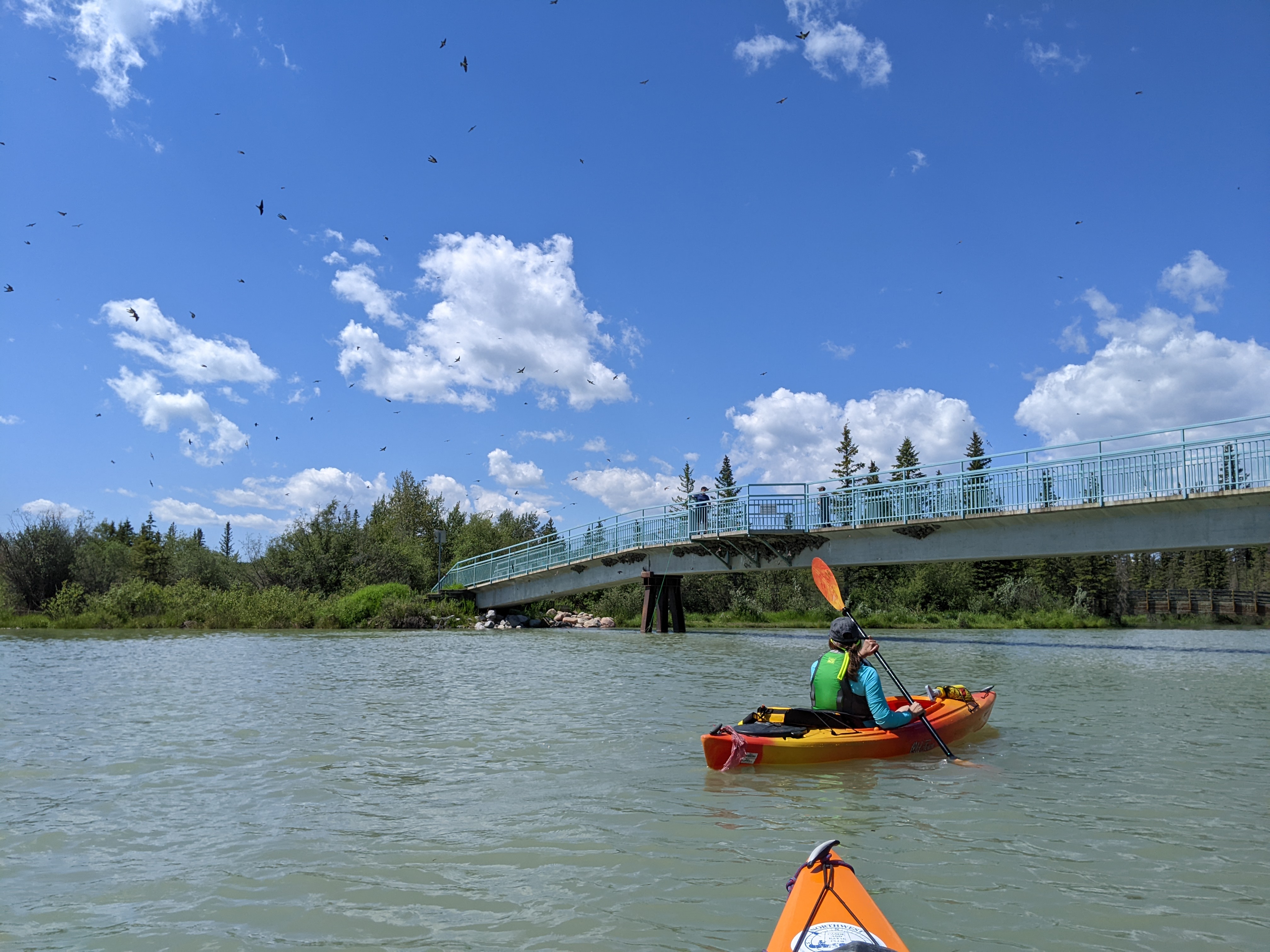 The weekend had started with a plan for a run on the Bow through Calgary Saturday and then a leisurely trip on the Glenmore Resevoir on Sunday. The rains of the preceding week had the Bow beyond the top end of paddling and since it was an exploratory trip, it was moved into September when the water should be more typical.

With the Saturday open and only Mike E. and Alina S. on the Reservoir trip, we decided to bump it up to the Saturday to take advantage of the fantastic forecast with mainly sunny skies and alight but refreshing wind. We launched from the Heritage Marina by Heritage Park on the east end of the reservoir. There were dozens of paddlers in all types of canoes and kayaks and sailors on the water. 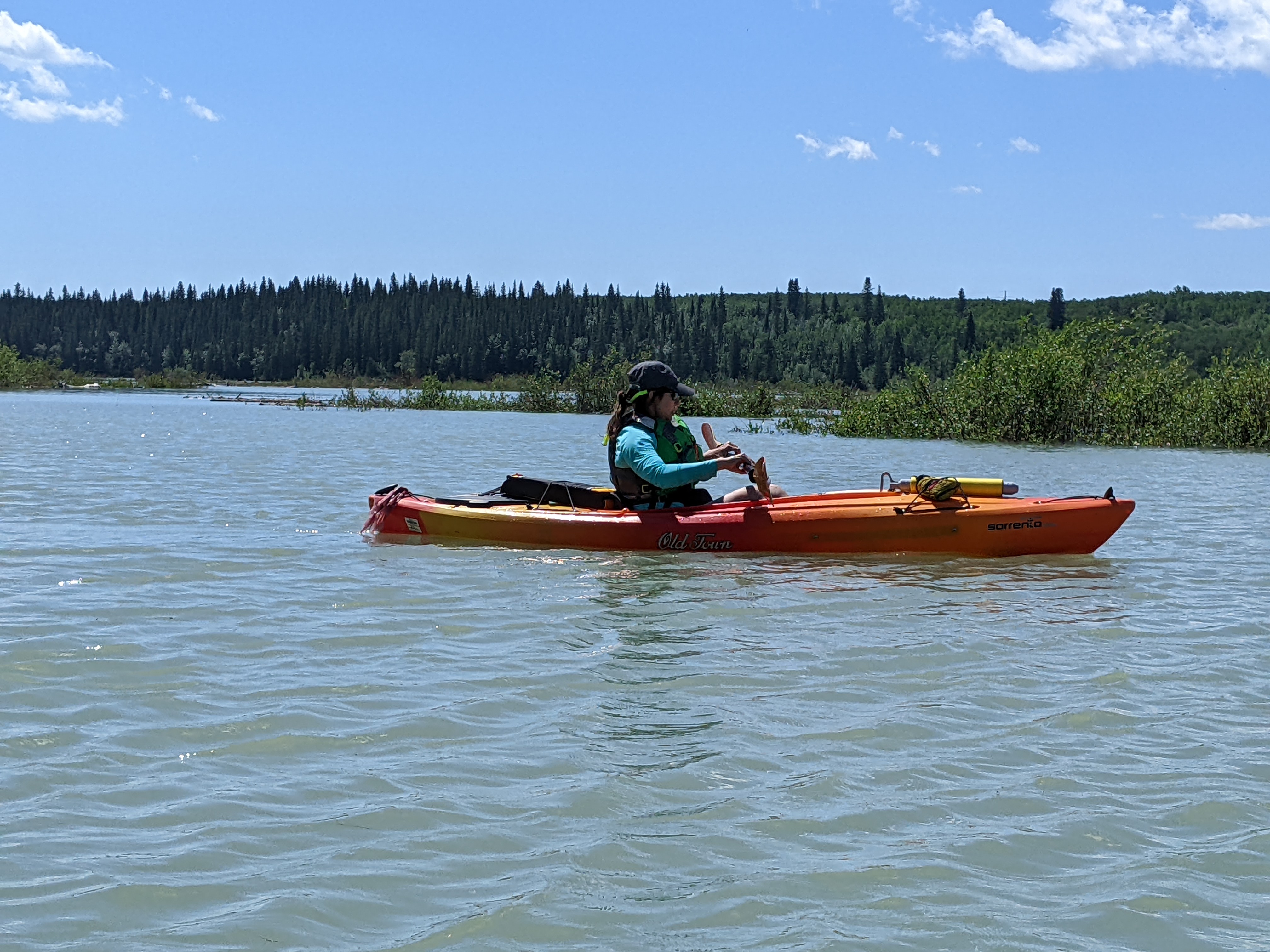 The water was silt laden like a mountain stream giving it the grey-blue hue common in the mountains. We paddled due west and rather than sticking to open water meandered around the brush that was present in mid-channel due to the high water level as the reservoir was basically at capacity. Mike had been here in May and the water was 10 feet lower then which produced muddy winding channels. We arrived at where the Elbow River flows into the reservoir which is called Weaselhead Flats. Passing under a footbridge

that was covered in swallows nests (and avoiding the same excited swallows), we started up the Elbow which at that point had a gentle current. We continued upstream until we could make headway then peeled out and floated back downstream. 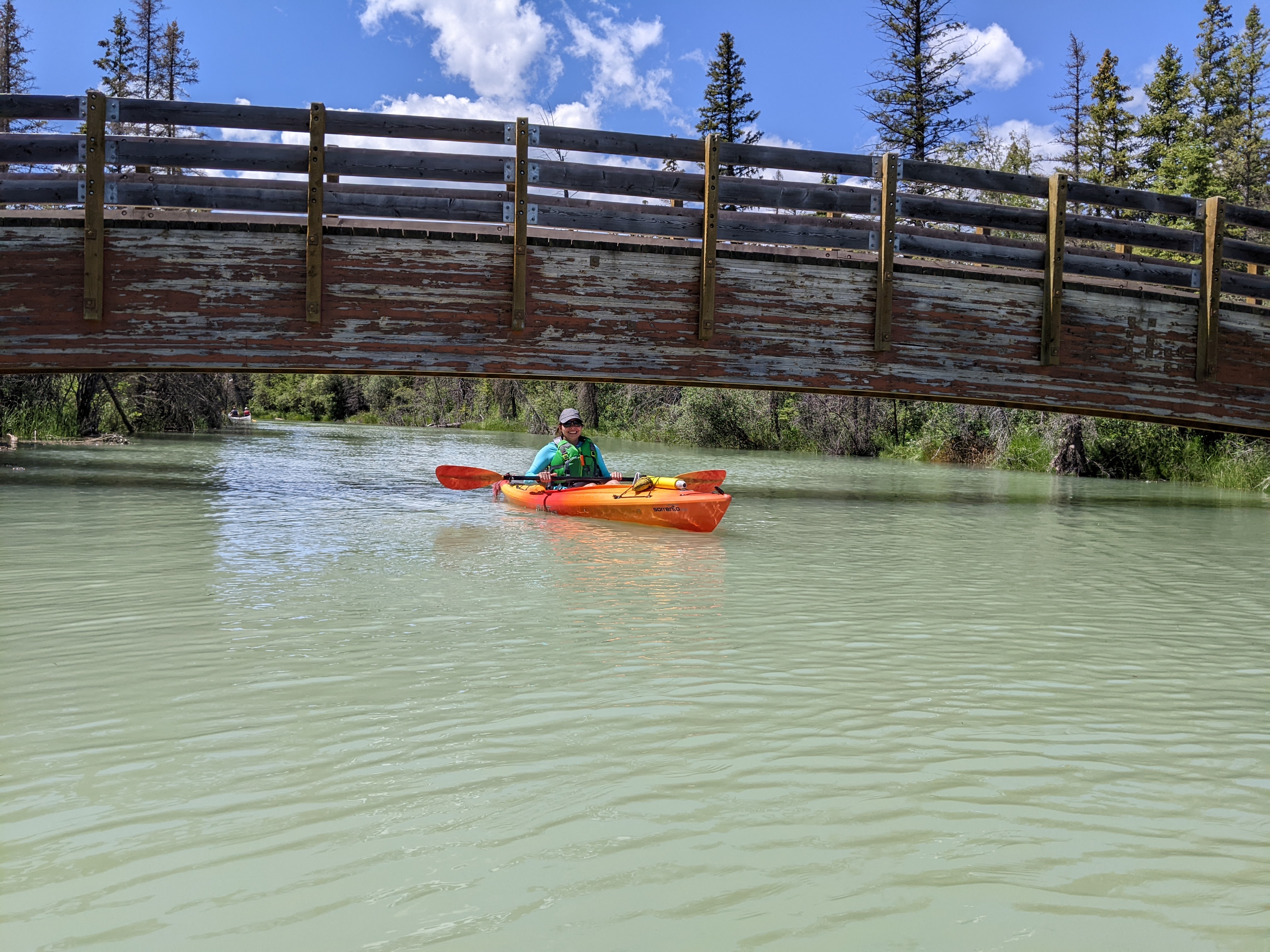 Near the “Bridge of Swallows” we took a lazy side channel and followed it for about 1km until it deadended. At the end we found a deer munching on the grass and watching us. 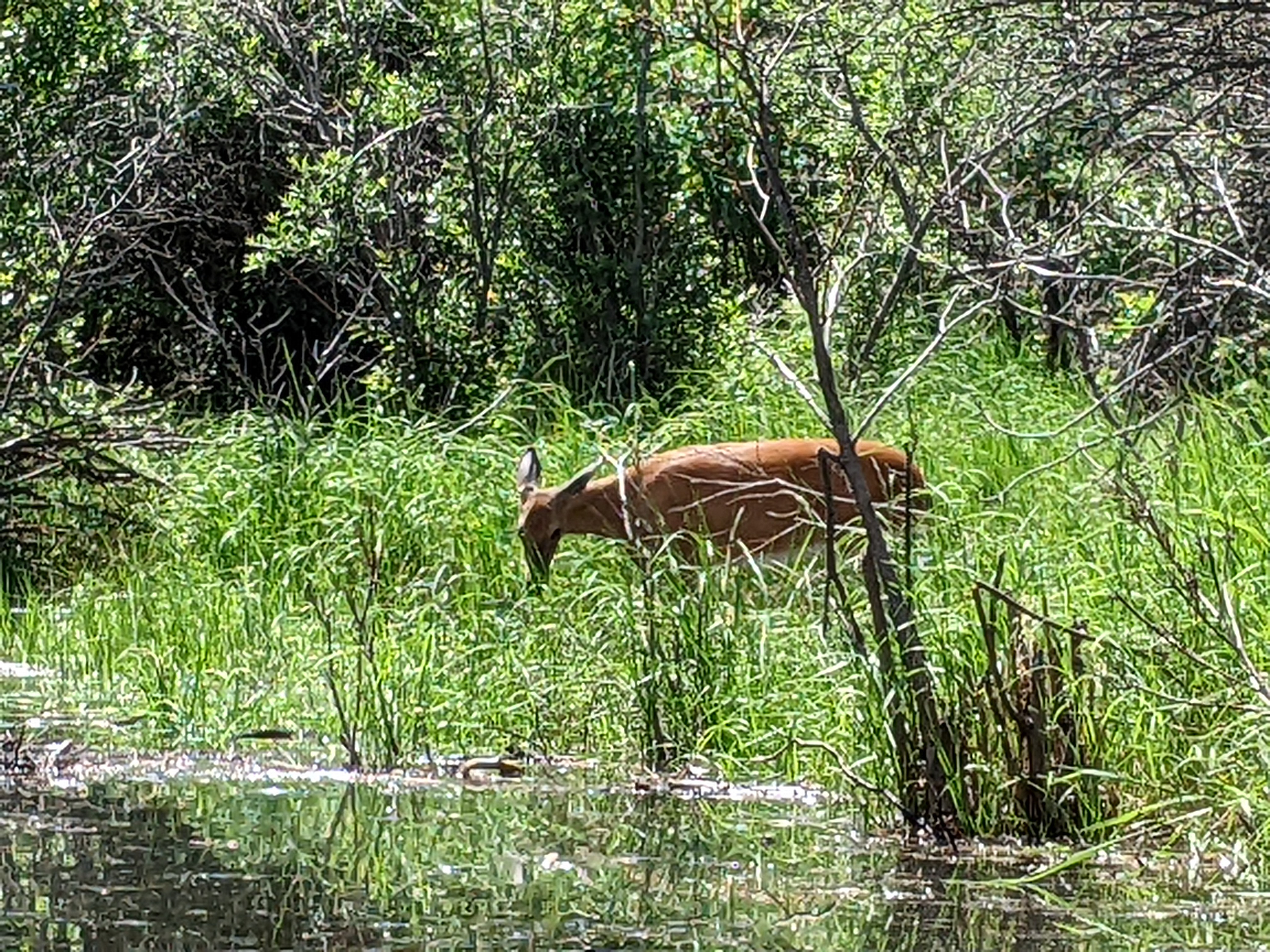 After watching for a minute or two, we backed out of the channel and returned to the mouth of the Elbow. Returning eastward, we took a side trip down the north arm towards the dam paddling in front of the Calgary Canoe club and watched the SS Moyie stern-wheeler from Heritage Park make its voyage around the reservoir.

We returned to the marina after 14 km.

For those that aren’t familiar with the Glenmore Reservoir, it was created in 1931 when the growing city of Calgary realized they needed a secure source of drinking water and constructed a dam on the Elbow River. Since then the reservoir has become a favoured in-city spot for sailing, canoeing, kayaking, rowing, and dragon boating with yacht clubs, canoe racing clubs and dragon boat clubs having facilities. Since its the drinking water supply, no swimming, SUPs, or inflatables are allowed. In fact when the fearless trip coordinator inquired about kayak rescue and rolling practice it was suggested he was asking for a ticket from bylaw enforcement. So fair warning.