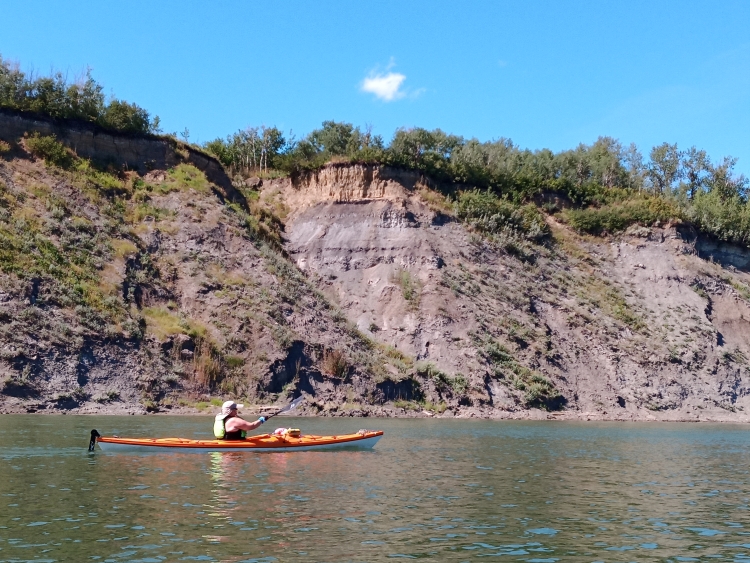 This trip ran on Sunday 14th August, but was scheduled for the previous day. The change was due to Saturday’s chance of thundershowers. We were Arleen D., Ben C., Karyn M., Kathleen E., Sylvia L. and Paul B. all in Delta kayaks of assorted colours and lengths. After vehicles had been shuttled to Fort Saskatchewan, we launched from the 50th Street boat launch, in Capilano Park, Edmonton. 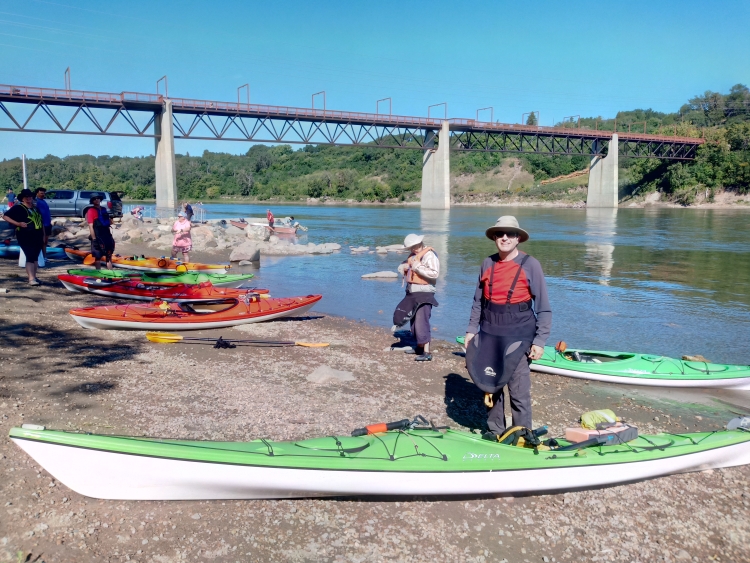 The river was flowing at a respectable 232 CM/S and this reduced to 201 CM/S by the end of the trip. There were many people out enjoying the warm weather, walking, biking, fishing and boating in power boats, kayaks and stand up paddleboards. 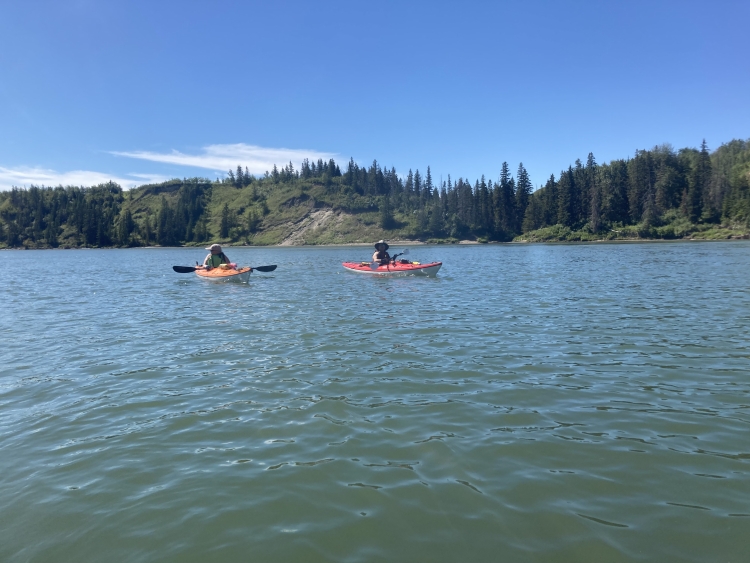 The weather was sunny (25 C.) with variable winds, which ran the gamut of total calm to medium headwinds. The breeze had a cooling effect which made the paddle pleasant and bearable. After 75 minutes of paddling we looked for a suitable lunch spot on the south side of the river. 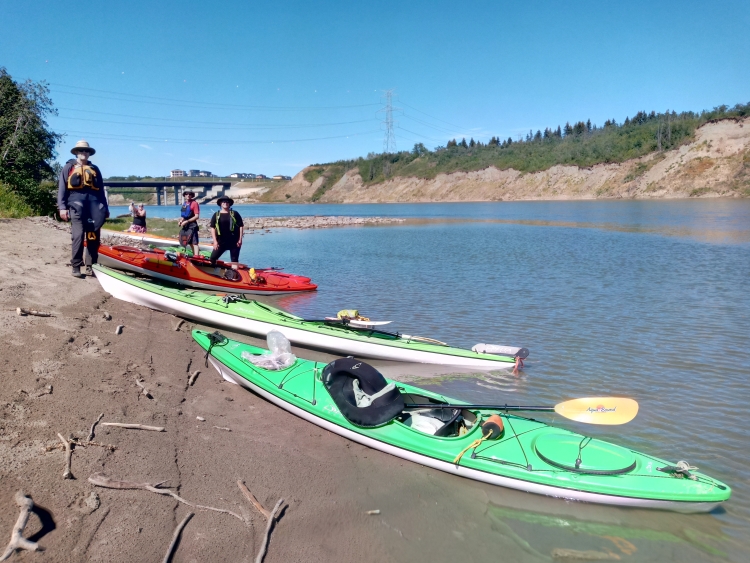 A firm muddy bank was located just downstream from the Anthony Henday Bridge, close to the Imperial Oil pipeline. Much of the conversation was about what we had brought for lunch and food in general.

After about 35 minutes we were off again. On the trip we saw a large hawk, a bald eagle and a few birds, but very few, if any, ducks or geese. We were not bothered by mosquitoes (how is that possible!). 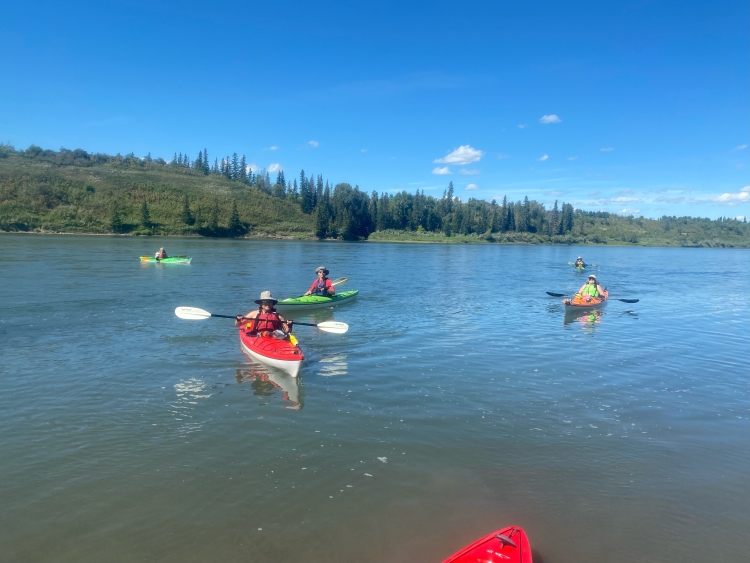 Our second stop came after another 85 minutes, this time we found a stone and mud beach on the south side of the river. More snacks, sandwiches and drinks were consumed. As the river neared Fort Saskatchewan more houses and people fishing were observed. Finally we landed at the Fort Saskatchewan Boat launch, after paddling for a total of 3 hours and 45 minutes (28 km). Thanks to Liam M. and Cathy C. for assisting with the shuttle, photographs from Sylvia, Kathleen and Ben.