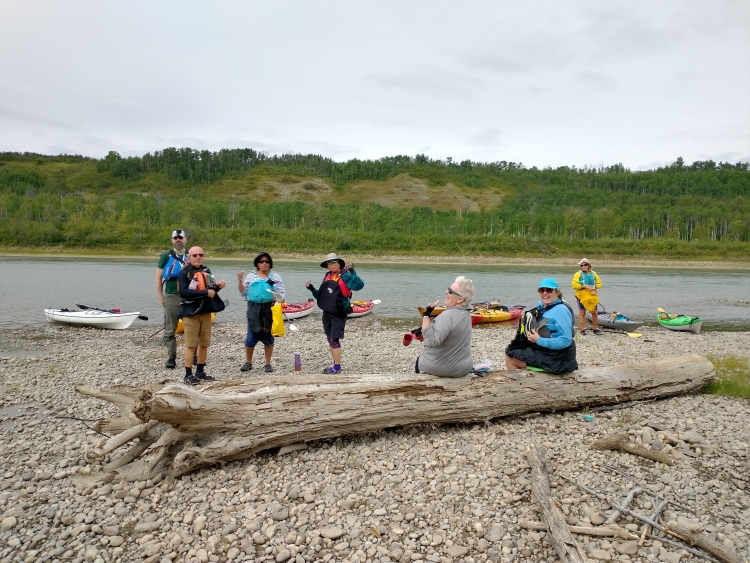 First of all, this trip was organized by Kevin M who was excited to run it, but a last-minute personal situation prevented him from attending. Thanks, Kevin, for your efforts. We missed you.

We had such a hot August this year, with daily maximums averaging 27 degrees over the two weeks previous to this day trip. Many days were over 30, and the sun beat down mercilessly. Then the weather changed dramatically for our day, with a forecast of scattered showers or thundershowers in the morning and a maximum temperature of about 17. Undaunted, we assembled in the parking lot of Voyageur Park in Devon at 9 AM to prepare for our shuttle. After all, 17 degrees and scattered showers would not be that bad for paddling, and would be a welcome relief from the heat. 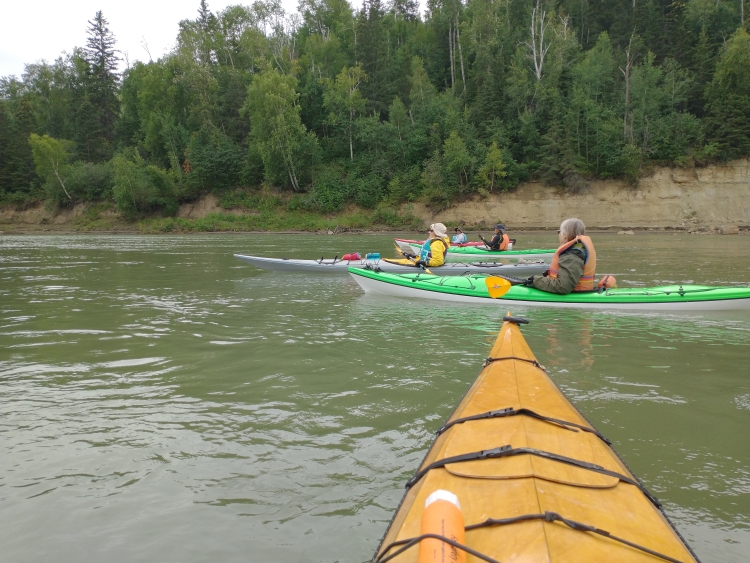 As if to congratulate the forecasters, a few claps of thunder echoed from above as we scurried back and cl to try out a few combinations of kayaks on our vehicles. Indeed, one potential participant pulled out after seeing that her weather app predicted rain at our put-in. But seven of us were soon driving west along Hwy 627 and then south on Hwy 770 to the Genesee bridge. River access is really good there: after crossing the bridge, you simply hang a sharp left onto the river approach to unload your boats immediately downstream of the bridge. There, we joined two musketeers to make a total of nine participants, all in kayaks today. For once, the Delta force (4 kayaks) was outnumbered by the others. Under cloudy skies but sunny hearts, we pushed off about 11:30. 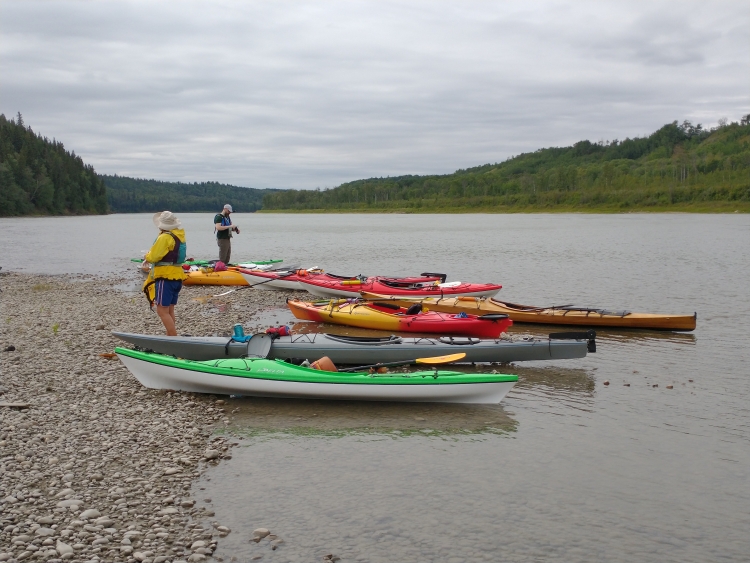 The day turned out quite nice. Definitely not too hot, but also not too cold. The only rain we got was a light shower while we were driving. No rain on the river, and no more thunder. We also had a light breeze to push us along. That’s remarkable because the weather stats from Edmonton and the International Airport show that the wind was from the NNE, but we didn’t encounter any real headwind.

At about 200 cms, the river flow was normal for this time of year, which is fairly low, giving us clear, green water and a gentle current. We found a nice cobble beach with a log bench for lunch, and made another lunch stop just to boot. 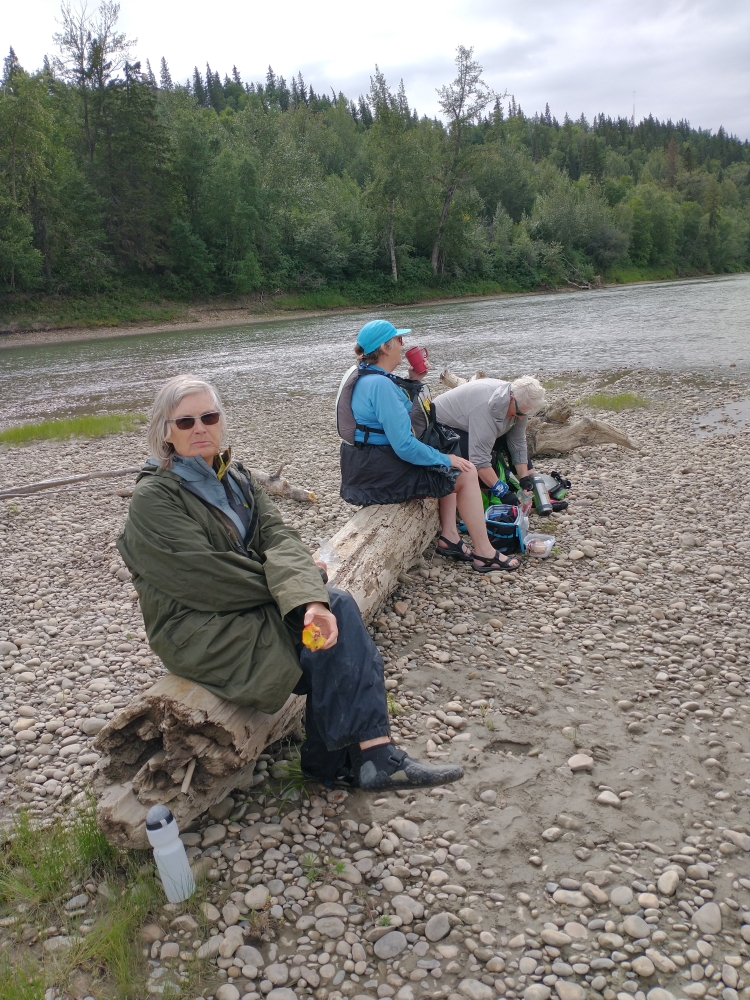 We shared the river with several canoes and rubber rafts, with one group camping on the large island close to Devon. Just past that, we found that the cooler temperatures of the day had put the run to the participants of the nudist beach, not surprisingly. Five hours of easy paddling and about an hour of break time put us back at Voyageur Park close to 5:30 PM, having covered 43 km. After a quick drive to the put-in to fetch the other vehicles, we loaded up and were off. All in all, a pleasant day on the North Saskatchewan, considering some threatening weather that didn’t amount to a hill of beans (with a tip of the hat to Bill Matheson, former weather forecaster extraordinaire).